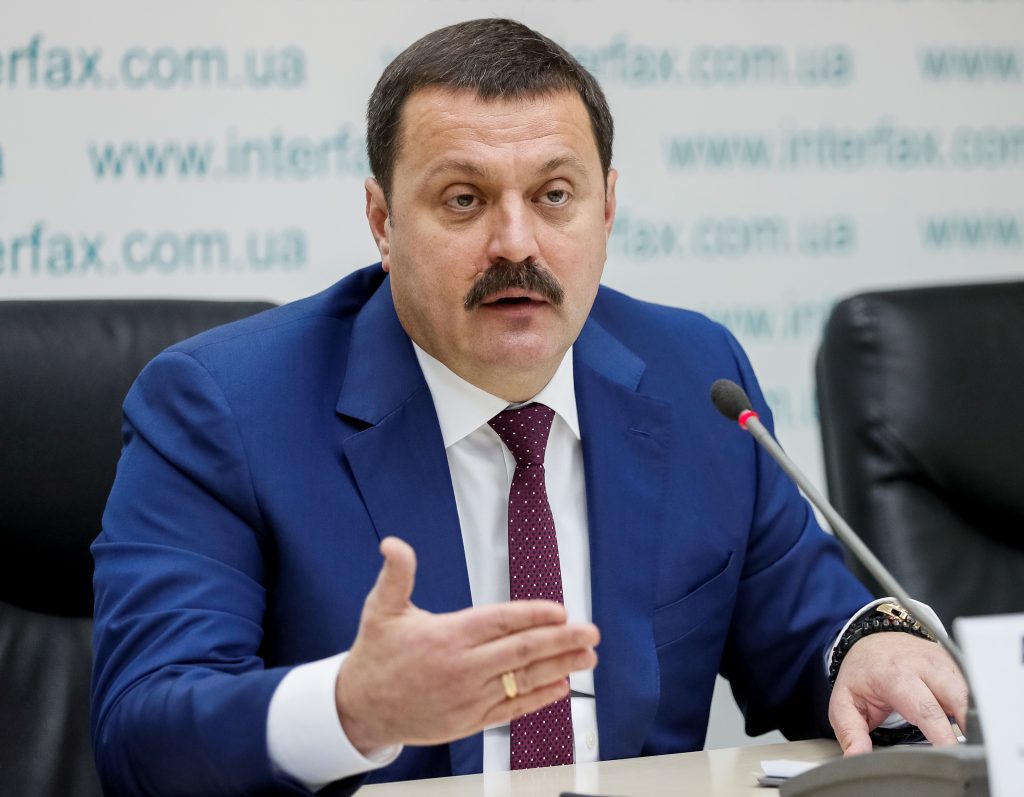 The US Department of the Treasury has imposed sanctions on seven Ukrainians accused of meddling in the recent American presidential election campaign on behalf of Russia. In a statement released on January 11, US officials confirmed the introduction of sanctions “against seven individuals and four entities that are part of a Russia-linked foreign influence network associated with Andrii Derkach. Russian agent Derkach was designated on September 10, 2020, for his attempt to influence the 2020 US presidential election.”

The statement also featured commentary from US Secretary of the Treasury Steven T. Mnuchin, who underlined that the new sanctions were in response to the actions of the Kremlin. “Russian disinformation campaigns targeting American citizens are a threat to our democracy,” Mnuchin was quoted as saying. “The United States will continue to aggressively defend the integrity of our election systems and processes.”

The US Department of the Treasury press release describes the four as members of Derkach’s “inner circle” and accuses them of having “publicly appeared or affiliated themselves with Derkach through the coordinated dissemination and promotion of fraudulent and unsubstantiated allegations involving a US political candidate. They have made repeated public statements to advance disinformation narratives that US government officials have engaged in corrupt dealings in Ukraine. These efforts are consistent with and in support of Derkach’s efforts, acting as an agent of the Russian intelligence services, to influence the 2020 US Presidential election.”

The remaining three Ukrainians targeted by sanctions have personal links to Derkach and his media portfolio. Derkach’s media assets including NabuLeaks and Era-Media TOV have also been hit with sanctions and stand accused of serving as “media front companies in Ukraine that push false narratives at Derkach’s behest.”

The US Treasury did not directly name Rudy Giuliani, but the reference to “influential US persons” that appears in the sanctions announcement has been widely interpreted as indicating the former New York mayor. This will strengthen accusations leveled against Giuliani over his alleged involvement in Russian disinformation efforts to disrupt the 2020 US election.

News of the sanctions is likely to fuel debate over whether there is now sufficient evidence to prosecute Giuliani for his role in this alleged disinformation campaign. He had been widely tipped to lead President Trump’s defense in a potential new impeachment process. However, today’s Treasury action might have complicated Giuliani’s involvement in any future impeachment proceedings.

The impact of the new sanctions will also resonate loudly within the Ukrainian political arena. Derkach’s media empire has relatively limited reach. However, the US decision to target his media outlets based on their role in the spread of Russian disinformation sets an important precedent and will raise questions over who might be next in line for similar treatment.

Vladimir Putin’s closest Ukrainian ally, the Ukrainian MP and opposition leader Viktor Medvedchuk, reportedly controls a pro-Russian media portfolio far larger than Derkach’s that includes a number of prominent Ukrainian TV news channels. Medvedchuk himself has been on the US sanctions list since 2014 for his role in the occupation of Crimea. Will America soon consider sanctioning his TV channels?

With Ukrainian parliamentarian Dubinsky now joining Derkach and Medvedchuk on the sanctions list, this means the current Ukrainian parliament contains three prominent MPs who are each subject to sanctions by the United States. All three stand accused of being Russian agents or supporting Russian interests. To make matters worse, the country behind the accusations is widely acknowledged as Ukraine’s single most important ally in its struggle against Kremlin aggression.

This highlights the difficulty of Kyiv’s position. How can these three politicians remain members of the Ukrainian parliament at a time when a majority of their fellow MPs recognizes that the country is at war with Russia? Why has Ukraine not expelled the three sanctioned MPs from parliament or attempted to prosecute them for their alleged involvement in Russian intelligence operations?

Many in Ukraine’s reformist camp have welcomed news of the US sanctions. They have long called for similar measures and are now optimistic today’s sanctions are a sign of things to come. There are hopes that this is the first indication of a new US approach to Russian interference that will gain further momentum in the weeks and months ahead under the incoming Biden administration.