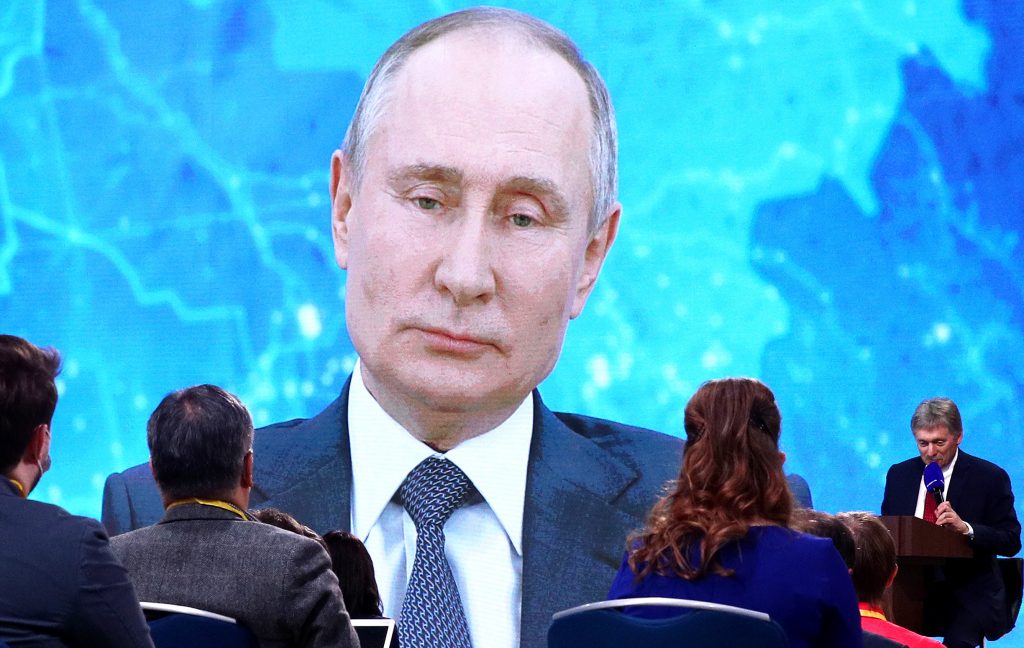 As details began to emerge in late 2020 of Russia’s massive cyber-attack on the United States, there was plenty of anger and alarm but little in the way of genuine shock. Instead, an air of inevitability accompanied news of the attack. This somewhat resigned response illustrates just how accustomed the Western world has become to the reality of a hostile Russia.

It was not always this way. Just over eight years ago in October 2012, US President Barack Obama felt comfortable enough about Russia to mock his presidential rival Mitt Romney for calling the country America’s number one geopolitical foe. “The 1980s are now calling to ask for their foreign policy back because, you know, the Cold War’s been over for 20 years,” Obama quipped at the time.

How did we go from presidential one-liners to a new Cold War in less than a decade? While events such as Moscow’s brief 2008 war with Georgia had previously strained relations, the real turning point came in February 2014 when Russia invaded Ukraine’s Crimean peninsula. This was a watershed moment in twenty-first century history marking the dawn of a new and troubling era of competition between Russia and the West. Ever since Putin’s “little green men” (Russian soldiers without insignias) first seized Crimea seven years ago, the confrontation has continued to expand and escalate.

During this period, Russian aggression has taken on many different forms. The most glaring example remains the undeclared and ongoing war in eastern Ukraine, which has cost over 14,000 lives and displaced millions. Putin has also deployed hybrid Russian forces around the world, unleashed teams of assassins, and attempted at least one coup in the Balkans. Russian hackers have set new standards in cyber warfare, targeting everything from political parties to essential infrastructure. Meanwhile, Moscow has funneled support to political extremists and separatist movements throughout the EU and beyond, aided and abetted at every turn by a vast Kremlin-backed disinformation machine that has succeeded in comprehensively polluting the internet.

The aim of all this is not to defeat the West, which Russia recognizes as impossible. Instead, Moscow seeks to secure its own position by undermining the allure of the liberal traditions and democratic institutions that allow the Western world to dominate the global imagination. Unable to compete in a soft power contest for hearts and minds, Moscow has set out to drag the opposition down to its own level. This explains why Russia supports anti-establishment forces of all kinds throughout the West, regardless of whether they represent the far left or far right of the political spectrum. Anything that deepens existing divisions within Western societies is seen as being in Russia’s interests, from COVID conspiracy theories to fake news about immigrant atrocities.

The Kremlin views today’s hybrid war as an entirely rational and essentially defensive response to the existential threat posed by the democratic world to Russia’s authoritarian model. This perspective owes much to Moscow’s enduring paranoia over the 1991 Soviet collapse, when a wave of grassroots democracy uprisings across Soviet-occupied Central Europe led to the rapid disintegration of the USSR. The Kremlin is prepared to go to almost any lengths in order to prevent a repeat of this disaster, and is haunted by the idea of a so-called “color revolution” taking place inside Russia itself. This led directly to Russia’s military intervention in Ukraine following the country’s pro-democracy Euromaidan Revolution in early 2014.

Seven years on from those fateful events, Ukraine remains at the epicenter of the confrontation between Russia and the West. Moscow continues to occupy Crimea and parts of eastern Ukraine while showing no signs of any readiness to retreat. On the contrary, Putin ended 2020 by vowing to escalate his attack on Ukraine. Speaking during his annual press marathon in Moscow on December 17, the Russian leader announced plans to ramp up Russian backing for the two self-styled separatist republics in eastern Ukraine’s Donbas region. “Russia will keep supporting the Donbas, as has been the case,” he declared. “We will even increase our support.”

In keeping with the plausible deniability that has defined Russia’s hybrid war in Ukraine, Putin was characteristically careful to frame his latest statement in the language of neighborly concern. However, amid seemingly innocuous talk of greater Russian support for infrastructure and social issues, there was no mistaking the menacing undertones of his promise to “remain proactively involved [in eastern Ukraine] not only on the humanitarian front, but also through direct cooperation.”

Officially, Moscow recognizes the separatist regions of eastern Ukraine as Ukrainian territory and is committed to their reintegration into Ukraine. In practice, the Kremlin has taken considerable steps to render any future reintegration efforts futile. Since spring 2014, the local population has faced a relentless barrage of Russian propaganda praising the Kremlin and demonizing Ukraine. Starting in spring 2019, Moscow has begun the fast-track distribution of Russian passports to residents of the occupied regions. This weaponized citizenship strategy is transforming Occupied East Ukraine into a passport protectorate and paving the way for open-ended Russian intervention. Even if Ukraine were able to regain nominal control over the region, the huge number of Russian passport holders would provide Moscow with endless excuses to intervene and deny Ukraine full sovereignty. Putin’s recent comments make clear that his intention is to continue pursuing such policies during 2021.

Russia’s refusal to compromise over Ukraine despite the seemingly disproportionate costs involved is revealing. It is an indication of Moscow’s commitment to preventing democracy from gaining a foothold in Russia’s traditional imperial heartlands, and a reminder that no country is more important to Russia’s sense of self than Ukraine. Indeed, Ukraine is widely regarded as being so historically and culturally close to Russia that many Russians still have difficulty accepting it as a separate and independent nation. These perceptions of indivisible closeness are a two-way street. If democracy can succeed in Ukraine, it will only be a matter of time before the Russian population begins demanding an end to Putinism and a similar transition for themselves.

This makes Ukraine the most logical place to fight back against Russia’s hybrid war and the best opportunity to achieve a decisive victory. On numerous occasions throughout the post-Soviet era, Ukrainians have demonstrated their desire to live in a modern European democracy. The country has staged not one but two separate pro-democracy revolutions, and has made historic sacrifices since 2014 in its struggle to resist Russian aggression. Thanks to these Herculean efforts, democratic elections are now a routine feature of Ukraine’s political culture, while support for EU and NATO membership is at all-time highs. The only thing preventing Ukrainians from consolidating their country’s democratic progress is the hybrid campaign currently being waged by Russia and its allies within the Ukrainian oligarch elite, who share the Kremlin’s goal of derailing Ukraine’s Euro-Atlantic integration.

The combined power of Russia and the Ukrainian oligarch class is no doubt formidable, but it cannot hope to compete with the infinitely greater might of the Western world. Unfortunately, the West has yet to offer Ukraine the kind of overwhelming support granted to the countries of Central Europe during the 1990s. Instead, Western backing has remained relatively modest, enabling democratic Ukraine to survive rather than thrive. This needs to change if the democratic world wishes to send an unmistakable signal to the Kremlin and move beyond the current cycle of hybrid hostilities with Russia.

With the Joe Biden presidency about to begin in the US and German Chancellor Angela Merkel set to step down in the coming months, 2021 will be a year of change in the leadership of the Western world. This should include a fundamental rethink of how best to approach Russia. The current policy of mild sanctions and symbolic snubs has proven singularly ineffective. Expulsion from the G8 club of nations will not deter Putin from his imperial mission.

The only factor that Moscow will take seriously is power, which the West has in ample supply but has not yet brought to bear. As Churchill observed back in 1946, “there is nothing the Russians admire so much as strength, and there is nothing for which they have less respect than weakness.” This remains as true today as it was seventy-five years ago, and the place to demonstrate Western strength is Ukraine.

Post-Merkel Germany: What can Ukraine expect?

The race is on to succeed Angela Merkel as Germany’s political leader, with three candidates competing in a CDU party leadership contest. What could the outcome mean for German policy towards Ukraine and Russia?