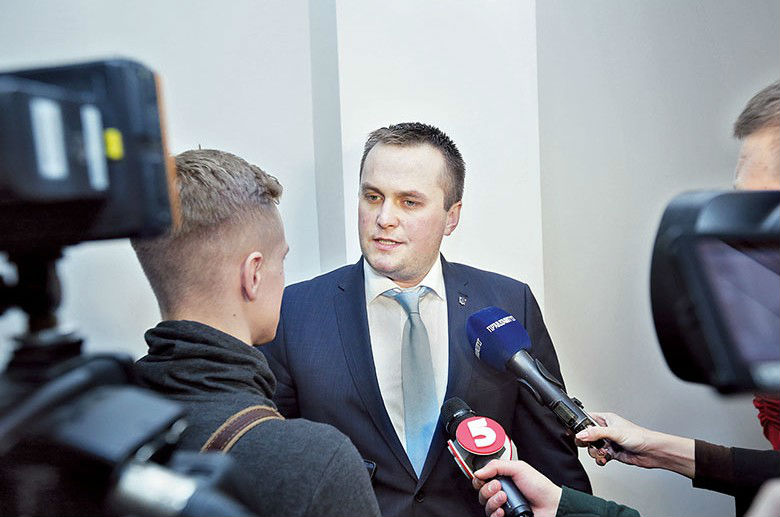 How should Western diplomats advance democracy and the rule of law? In closed societies, as the late US diplomat Mark Palmer argued, US ambassadors should be clear voices for human rights and due process. They should monitor attacks on human rights, attend trials of dissidents, and speak out when they see major violations of freedom.

With democratic allies the role is trickier. Here, engagement and criticism usually involves trade disputes, an occasional response to an anti-American outburst, or relatively minor foreign policy differences rather than a focus on a country’s major institutions. Moreover, as a rule, diplomats are expected to take a strictly neutral approach to internal political contestations.

In young and emerging democracies, especially those that are closely allied with the West or under attack by the West’s strategic enemies, the role is trickier.

Ukraine is one such country which makes for an interesting case study.

In in Kyiv of late, Western ambassadors have been making pointed comments on policy debates and dispensing personnel advice, especially around issues of corruption. On March 4, the G-7 ambassadors issued a joint statement that called a decision by Ukraine’s Constitutional Court to revoke an illicit asset law a “serious setback in the fight against corruption in Ukraine.” But the statement, which oozed colonial hauteur, was an example of double standards. There is no such similar law on the books in any of the G-7 nations.

Indeed, the Ukrainian Constitutional court’s action was entirely justified as the poorly-drafted law—urged on the Ukrainian government several years before by Western-funded NGOs and embassies—had criminalized unexplained riches, requiring the defendant to explain their origins, thus placing the burden of proof on a defendant to prove his innocence in a criminal matter. This subverted the Western principle that the state must establish proof of guilt in criminal proceedings. Some Western democracies have illicit asset laws, with the burden of explanation and proof on the defendant, but not in criminal cases as was enshrined in the Ukrainian law.

On March 5, the US ambassador weighed in with another public exhortation for Ukrainians to step up the fight against corruption. Included, however, were specific personnel and policy prescriptions.

The intervention acknowledged tangible progress and was well-intentioned. Indeed, Ukraine has reduced the scale of corruption noticeably—with one authoritative study demonstrating that reforms have eliminated corruption to the tune 6 percent of the country’s GDP. Still, the country has moved slowly especially on punishing the guilty and on effective legal system reforms.

The US ambassador’s concern was therefore spot on. Major problems do remain. The problem, however, was the tone. The specificity of the actions demanded of the government seemed more the pronouncement of a viceroy than a diplomat. The ambassador’s speech called for the dismissal of the special anti-corruption prosecutor, warned that thirty-one judges with questionable ethics are slated to join a one-hundred person Supreme Court system, and repeated the G-7 denunciation of the Ukrainian Constitutional Court’s decision.

The irony is that all three problems the ambassador highlighted were not the sole byproducts of purely Ukrainian actions, but also the consequence of badly structured reform advice, often promoted by US and Western funded lobbying groups and anti-corruption organizations.

The call to dismiss the country’s Special Anticorruption Prosecutor Nazar Kholodnytsky was justified. In clandestinely recorded conversations, Kholodnytsky was heard to be coaching officials alleged to be corrupt in how to respond to investigators. Clearly, if corroborated forensically, he deserves to go. But coming from a Western ambassador, it was more than ironic. The prosecutor is in his post because of a selection process developed and lobbied in large measure by US and EU international advisors and grantees. Moreover, the special prosecutor was vetted and greenlighted by a commission of NGO experts, including several funded by the West.

A specific warning about thirty-one potential justices whom US funded anti-corruption groups regard as unqualified based on past decisions and unexplained assets also smacked of direct interference and was probably unnecessary. The vast majority of one hundred justices nominated for the Supreme Court appear to meet high standards, thus assuring the high likelihood of impartial majority decisions.

Tone apart, there was another problem with the recent comments of Western ambassadors: their timing. These comments came a little over three weeks before Ukrainians go to the polls to elect a president. As a result, the remarks were seen as a rebuke on incumbent power.

While official Washington and European capitals are steadfastly neutral in Ukraine’s presidential race, they are anxious about the sudden frontrunner status of presidential candidate Volodymyr Zelenskiy, a comedian and political neophyte who speaks in criminal jargon and is linked to oligarch Ihor Kolomoisky, who has been accused by Ukrainian authorities with a $5.5 billion bank fraud.

By coming down hard on the establishment, the Western ambassadors were inadvertently helping the dodgy insurgent Zelenskiy, who has spent his entire career lampooning the establishment while being a business partner to one of its pillars.

Most importantly, Western diplomats’ interventions had the effect of undermining reformers. Ukraine’s reformers need to be seen by their citizens in the forefront of pressing for change. Public comments from the diplomatic corps and by visiting Western leaders, more often than not, make such reformers appear in the eyes of Ukrainians as mere adjuncts of the West’s prescriptions for their own country.

Western ambassadors and IMF missions cannot and must not substitute for indigenous liberal reform voices inside the country. By usurping that role, the West hampers the development of a strong native Ukrainian political reform movement. Moreover, by emphasizing failures rather than focusing on tangible successes that have occurred under President Petro Poroshenko, statements like these fuel public cynicism and reinforce the belief that reformers have achieved little. With such an image, it is no wonder that there is no strong liberal reformist voice seriously competing in Ukraine’s presidential race.

As Ukrainians prepare to go to the polls, it is essential that Western diplomats and leaders show respect for Ukraine’s autonomous decision-making and internal debate. Imperious comments that smack of colonial rule only fuel adverse reactions in the public and can have unanticipated consequences in what is shaping up to be a pivotal election.

Adrian Karatnycky is a senior fellow and co-director of the Ukraine in Europe initiative of the Atlantic Council.

Image: On March 5, the US Ambassador to Ukraine called on the government of Ukraine to dismiss the country’s Special Anticorruption Prosecutor Nazar Kholodnytsky. Credit: Kyiv Post/Volodymyr Petrov