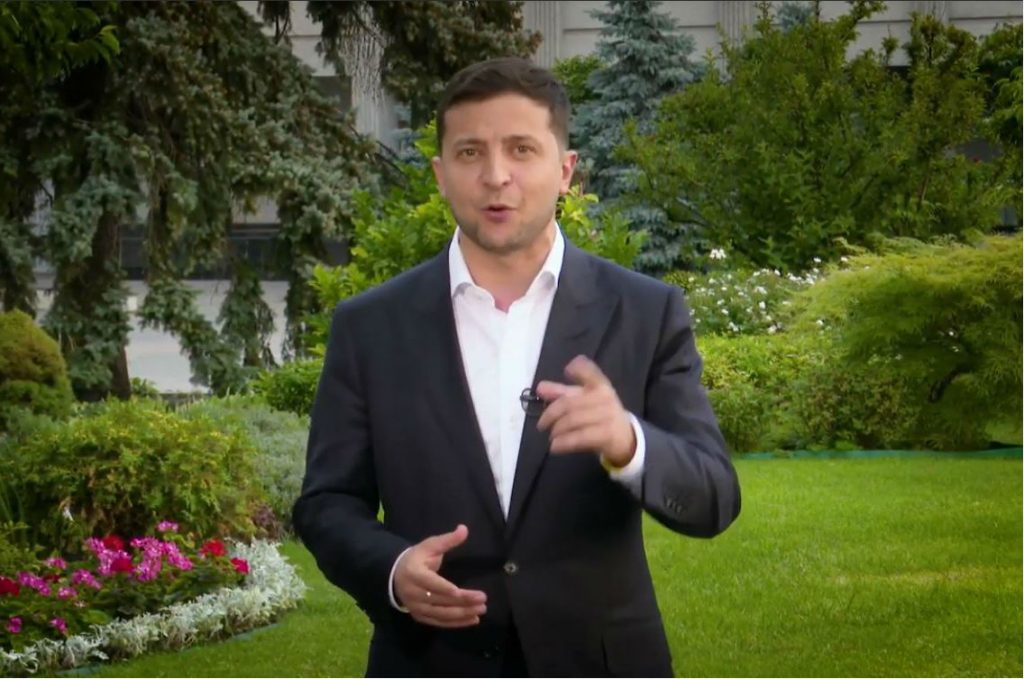 In his first public video in English, the new president of Ukraine urged foreign investors to choose Ukraine. It was an expected appeal because the country needs investment badly. For the first quarter of 2019, foreign investment in Ukraine came in at $587 million, which clearly falls short of where the president and country aspire to be. Ukraine’s President Volodymyr Zelenskyy said that he wants the economy to grow at five to seven percent annually, while it remains stuck between two and three percent. Foreign direct investment has been flat for five years.

Zelenskyy also told foreign investors that things will be different on his watch. “I understand that the previous government did everything to make Ukraine look unattractive. They poked sticks into spokes of business; they could even take it away. Everything will be different from now on. I personally guarantee it.” Personal guarantees, no matter how sincere, will not convince global companies. Foreign investors want the rule of law and private property protection, which will be ensured by changing the laws of Ukraine and then strictly observing them.

In 2019, Ukraine, along with ten other trading partners, was put on a US “priority watch list” for its insufficient protection of intellectual property rights. A country does not want to be included in this list. According to the US Trade Representative report, Ukraine’s most obvious copyright infringements are online and broadcast piracy, copyright piracy, lack of effective policies and procedures to ensure that its own government agencies do not use unlicensed software. Significant concerns remain with the law, including those pertaining to royalty rate calculations.

Investors want predictability and protection. The lack of a system that protects intellectual property directly affects trade relations between Ukraine and the United States, but even more, it limits Ukraine’s ability to attract foreign investment. The country’s main potential is not a cheap labor force or natural resources; it is mainly intellectual. The IT industry is the fastest-growing sector of the economy, where 184,000 local IT professionals provided $4 billion in exports in 2018. At the same time, investments in the Ukrainian IT industry in 2018 amounted to only $337 million. For comparison, Israel, with its 250,000 IT professionals, attracted $6.5 billion in investments in the IT industry over the same period.

What’s the difference? Laws that work and are enforced.

Regrettably, the basis of today’s Ukrainian IT industry is outsourcing and outstaffing; sixteen companies represent Ukraine on the list of the 2019 Global Outsourcing 100. But as soon as a local company has its own product, the rights to it are registered in a more reliable European jurisdiction. This means that Western Europe or the United State gain the added value from Ukrainian products, while Ukraine receives only direct product development costs, namely remuneration and office rental fees. If the product is successful, investments accrue in the jurisdiction where the product is registered and reliably protected by local and international copyright. Only reforming the system of intellectual property rights will change this situation and give Ukraine a real chance to attract investment into the local IT industry.

The issue of intellectual property rights is directly linked with the degree of transparency and reliability of the judicial system. In Ukraine, the judicial system doesn’t work. A more dedicated effort to combat corruption and political dependence of judges as well as increasing the quality and speed of the administration of justice is badly needed for business.

A window of opportunity has opened. It is time, together with the new president, to develop a plan to protect those who create new products and their investors so that Ukraine finally benefits. After the formation of a new government, Zelenskyy and his excellent team led by Oleksiy Honcharuk should immediately begin to put a real intellectual property protection system into place. Foreign investors demand nothing less.

Anatoly Motkin is founder and president of StrategEast, a strategic center that reinforces the values of rule of law and private property protection in Eurasian and Baltic countries and assists them in the process of economic and social transformation.