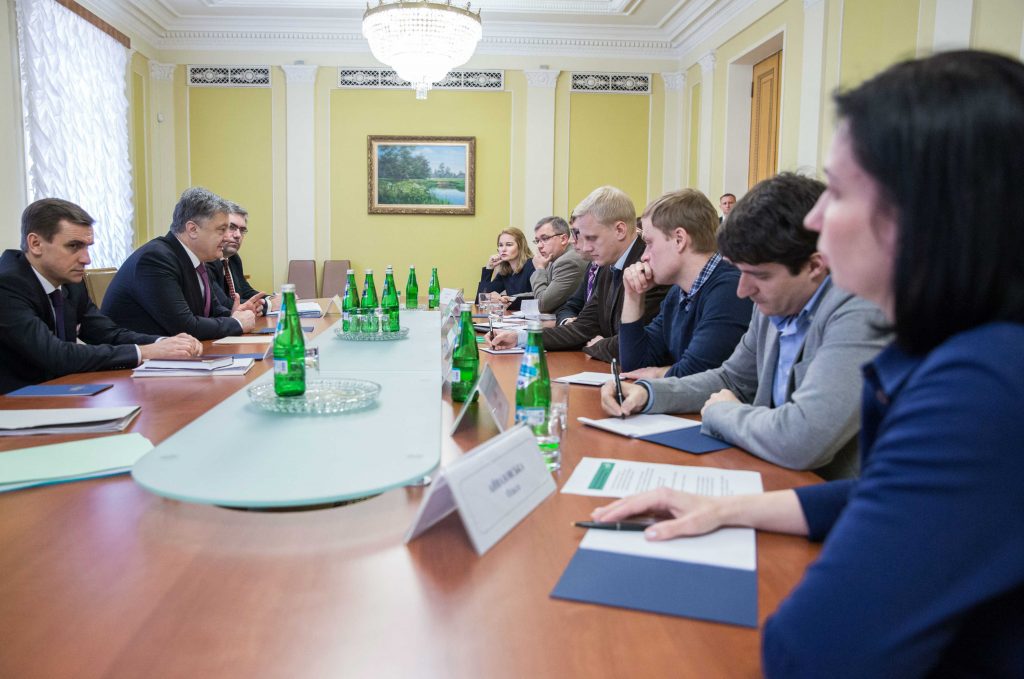 A huge kerfuffle has erupted in Ukraine over amendments to a law on income and asset transparency that will require employees of some nongovernmental organizations and investigative journalists who focus on corruption to post detailed income declarations publicly in electronic form.

A strong majority in Ukraine’s parliament (266 of 423 legislators) passed the controversial legislation on March 23, and President Petro Poroshenko signed the bill on March 27. The legislation amends a law passed in March 2016 that mandated public income and asset declarations for several hundred thousand government employees.

That original legislation created what is perhaps the world’s most comprehensive system of electronic income declarations. The law requires Ukraine’s government officials and legislators at both the national and local level not only to declare their assets in excruciating detail, but to report any assets or expenditures of approximately $2,500 or more, listing the object or purpose. Thus, if a government employee buys an engagement ring for his intended, installs new kitchen appliances, takes a family vacation, or purchases a graduation gift for his child, these are all reported on a publicly accessible website.

In short, the law not only lays bare the value of purchases and assets, but requires officials to reveal their personal tastes and consumer preferences to the general public. Such a level of intrusiveness was initially resisted by parliamentarians, but a pincer movement of pressure from the EU and the United States as well as by Western-funded anticorruption NGOs forced its final passage and implementation.

Ukraine, naturally, requires a reasonable law on incomes and assets. Corruption persists at high levels. But the new e-declaration law angered many in government and parliament, and discouraged some to enter public service. After all, not all Ukrainians officials and legislators are corrupt and some are prosperous civic-minded businessmen who have entered public service to promote pro-growth tax and regulatory policies or to assist in the reform process.

Moreover, Ukraine has made marked progress in reducing corruption with gas sector reform, and the launch of the e-procurement system, and the National Anti-Corruption Bureau of Ukraine. Katerina Materovna, the number two official in the EU’s Directorate-General for Neighborhood and Enlargement Negotiations, admitted that Ukraine has “achieved real success” in the prevention of corruption in a March 20 interview.

Angered by the intrusive nature of the initial transparency legislation that anticorruption NGOs lobbied for, legislators have struck back. Nongovernmental organizations in Ukraine receive most of their funding from foreign governments and often engage in lobbying and direct pressure on their government, which is legitimate but should be fully transparent. However, given their penchant for extreme transparency, civic activists have not themselves been equally transparent about their own wages and budgets.

While the new law has been strongly criticized by EU Enlargement Commissioner Johannes Hahn and by the US Embassy in Kyiv, the UK requires detailed reporting from nonprofits and in the United States the top ten highest compensated employees at nonprofits with tax-exempt status are required to list their earnings in publicly accessible documents.

The United States also has strict rules on NGOs and lobbying. And it requires foreign funded lobbyists to register and report semiannually under the Foreign Agent Registration Act.

The reaction of Ukraine’s anticorruption NGOs, especially those that pressed for full transparency for government servants, is surprising. Ukraine’s NGO community has launched a histrionic campaign against the new regulations, portraying them as an assault on their freedom. But they have not proposed a reasonable alternative, including self-regulation within the community.

There also may be an ulterior motive in the uproar within the Western-funded NGO community. The fact is that some senior Ukrainian NGO activists with access to generous Western donor funds are well compensated: far better compensated than government servants. Indeed, this discrepancy has meant that NGOs are able to attract higher caliber talent than the government. And this means that far more capable professionals are analyzing and investigating government incompetence or malfeasance than are inside state structures trying to implement reforms.

Earlier this year, Ukrainians were astonished to learn that several former civic activists turned anticorruption legislators had purchased high-end apartments in Kyiv priced from $300,000 to $500,000. In a country where the minimum monthly wage is $120 and the average wage of a public servants is several hundred dollars, these purchases blew the lid on the fact that doing good means also doing well in Ukraine.

Unsurprisingly, Poroshenko signed the new amendments to the anticorruption law, as it contains popular provisions exempting junior officers, sergeants, and rank-and-file combatants from the e-declaration system. But he has also indicated in a meeting with NGO leaders that he supports further amendments that would take into account some of their concerns. Clearly, he will face serious domestic and international pressure to reduce the burden it places on NGOs. Poroshenko and parliament would be right to support further amendments streamlining NGO government reporting requirements. Better still would be an agreement through which NGOs themselves developed self-enforced standards of transparency about their sources of income and levels of compensation.

Adrian Karatnycky is a Senior Fellow at the Atlantic Council. From 1993 to 2004, he served as the president of Freedom House.