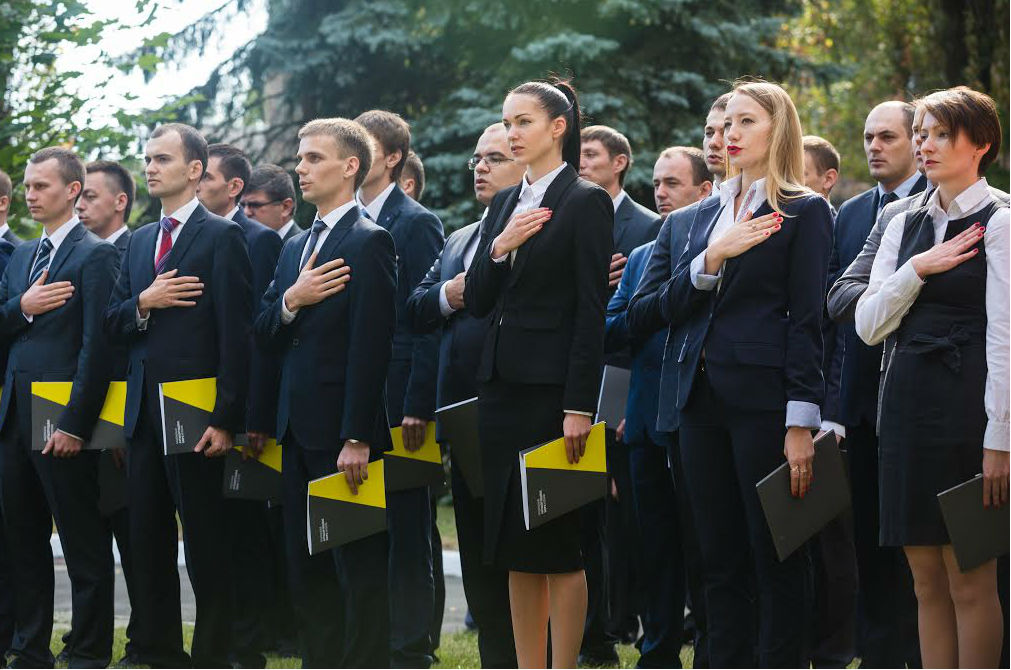 A Response to James Brooke

James Brooke truly believes that investors should sink their money into Ukraine. He couldn’t be more wrong. Every roulette table in Las Vegas is more promising than Ukraine. I know from personal experience; I lived in Kyiv for five years and knew a few dozen foreigners who invested in Ukraine.

To be fair, Brooke does mention red tape, corruption, and the difficulty of finding reliable, high-quality owner and management teams, but he fails to elaborate on these three aspects. Each on its own will ruin your investment in Ukraine; taken together, they will ruin you, too.

It was not supposed to be this way. Everyone knew that Ukraine was notoriously corrupt under President Viktor Yanukovych’s regime, which demanded a share of every deal and business. The anger at this kleptocracy drove Ukrainians to the streets in 2013-2014. After the Euromaidan, Ukraine was supposed to be a modern, European country.

That hasn’t happened. By now it is clear that the corrupt and thieving government-mafia clans are still in charge. Despite President Petro Poroshenko’s lofty rhetoric about rooting out corruption, little has been done to fight a noticeable increase in graft and dishonest dealings since the Euromaidan. Yes, there have been efforts to satisfy international donors and to set up new structures like the National Anti-Corruption Bureau of Ukraine, but the hard truth is that there have been no high-level prosecutions of government officials in the previous or current government for corruption.

Even today, it’s impossible for a foreign businessman to start a company in Ukraine without being harassed for bribes. If you pay, they just demand more; if you don’t pay, you won’t succeed at all. The only way out is to hire a local to help you navigate the bureaucracy and grease the correct wheels. But whomever you hire will charge a 400-500 percent premium. Hiring a foreign law company with offices in Kyiv, which charges Western prices, is the only alternative.

Let’s assume you finally got your company registered. Tax inspectors will then harass you for bribes; safety inspectors will threaten to close your offices unless you pay a bribe; customs officials will block your trucks unless you pay a bribe; and if your business grows, politicians will send the mafia to demand a share. You cannot win. If you refuse and resist, your business will be ruined; if you surrender and pay, your profit will disappear, and over time you will lose your business altogether.

The picture that I’ve described is bleak, so let me give a few examples.

Nigel, a British citizen I know, came to Ukraine in 2004. He and a Ukrainian partner built up an engineering company with more than a hundred employees. In 2011, he won a major contract from the US government, which meant that Yanukovych’s goons went into overdrive to shake him down. In 2013-2014, Nigel supported the Euromaidan enthusiastically, only to be harassed by the new “clean” officials under Poroshenko for their share. With the currency having fallen by over 70 percent, the new authorities demanded three times the money to offset the aforementioned fall. Nigel didn’t buckle, so the authorities revoked his visa, threatened deportation, and harassed the family of his Ukrainian partner. Today, the company is closed, everyone has been fired, and Nigel works in Britain.

Donal, another British citizen who was once a journalist for the Financial Times, invested his funds in acquiring the Yalta Film Studio with a local Ukrainian media partner. He built one of the largest film services business in Kyiv. He directed Ukraine’s most successful movie, but was defrauded by his local partner. And once he had nurtured Yalta Film Studio to be a profitable entity, a judge decided that his partner was the sole owner. By 2013, Donal had only his film service business in Kyiv left, but the partner who stole Yalta Film Studio then paid local authorities to harass Donal out of business in 2014.

In another story, Sven, one of Scandinavia’s biggest food traders, attempted to source raw materials and basic food products from Ukraine. He believed that the EU-Ukraine association agreement signed in 2014 would finally make sourcing food from Ukraine a viable business. He gave up on Ukraine within a few months: he could not find a single Ukrainian company that didn’t demand an envelope of cash before telling him the prices and available volumes, and then would only give him a competitive price if he agreed to split the profits. He refused, and did some research in Europe on companies that had the bad fortune to have traded with Ukrainians before. He came across recurring stories: the delivered product didn’t have the quality that was agreed upon, the agreed-upon volumes were suddenly not available, pre-payments disappeared and nothing was delivered, or Ukrainian managers conspired with customs officials to have deliveries held up at the border to force Western clients to pay a ransom for their wares.

Sven commissioned a Kyiv-based consultancy to analyze whether it would make sense to import food from his factories in Romania to Ukraine. The consultancy concluded that his imported food would be the cheapest on the market, undercutting local producers by up to 40 percent, but told him in the strongest terms to not even think about it. In almost all fields, Ukrainian food producers have created strong cartels to rip off consumers. Any foreigner trying to enter these markets in Ukraine and undercutting the cartels will find his business harassed constantly by customs, police, tax and health services, and so on—not because they want bribes, but because the cartels are paying these servants of the people to keep cheaper competitors out.

Unfortunately, while a consumer protection agency and anti-trust office exist, they are staffed from top to bottom with people in the pockets of the cartels. It’s shameful, and the Ukrainian people are the ones who suffer: they are the poorest in Europe, but pay some of the highest food prices.

Another example is Peter, a German friend who came to Kyiv in 2007 and built up one of the largest financial service companies in Ukraine, employing more than 4,000 people. Even if you act professionally and work hard, with institutional shareholders from the West and a relationship with the German ambassador, it can all be undone. That’s what Peter learned in 2012 when masked men with guns stormed his offices, forced everyone to the floor, and forced him to pay a person of influence $250,000.

In another situation, one of Peter’s managers stole somewhere between $200,000 and $300,000 from the company’s 2010 procurement budget. There was nothing Peter could do, unless he was willing to pay someone to beat it out of his former employee. The police, prosecutors, or judges don’t help recover these assets, unless you pay them more than you lost. This total perversion of justice has not been undone by Poroshenko; on the contrary, he left 97 percent of the country’s corrupt judges in their position. Even the ones caught with bags full of diamonds, the so-called “diamond prosecutors,” are still at work.

Finally, James’ story shows that nobody’s investment is safe. James, who is Australian but has been in Ukraine for sixteen years, worked for an oligarch, and speaks perfect Russian, built one of the premier real estate agencies in Ukraine. This winter, he and his Ukrainian wife went on holiday; when they returned to Kyiv, they discovered that an employee with the backing of some government people had stolen their company. The employee had all the correct documentation and everything signed off by a judge; the only thing missing was the signature of the actual owner. But this is Ukraine, so the employee bribed a judge, the judge ruled in his favor, the employee paid a registrar and a notary, and he now owns the agency.

If you’re set on wealth destruction, go to Las Vegas. The roulette wheels aren’t rigged, the croupier won’t hit you over the head with his rake and mug you, the rules won’t change midway, and your co-players won’t pay the casino to beat you up if you win. There is a higher probability you will leave Vegas with a profit than if you invest in Ukraine today.

Thomas Theiner is a writer and production manager. He previously lived in Kyiv for five years and worked at a subsidiary of Ukraine’s biggest film company. He divides his time between Italy and Los Angeles. Follow him at @noclador.

Editor’s note: The names of the aforementioned businessmen have been changed to protect their privacy.

Image: The National Anti-Corruption Bureau of Ukraine’s first detectives take the oath of office in Kyiv on September 15, 2015. Presidential Administration of Ukraine