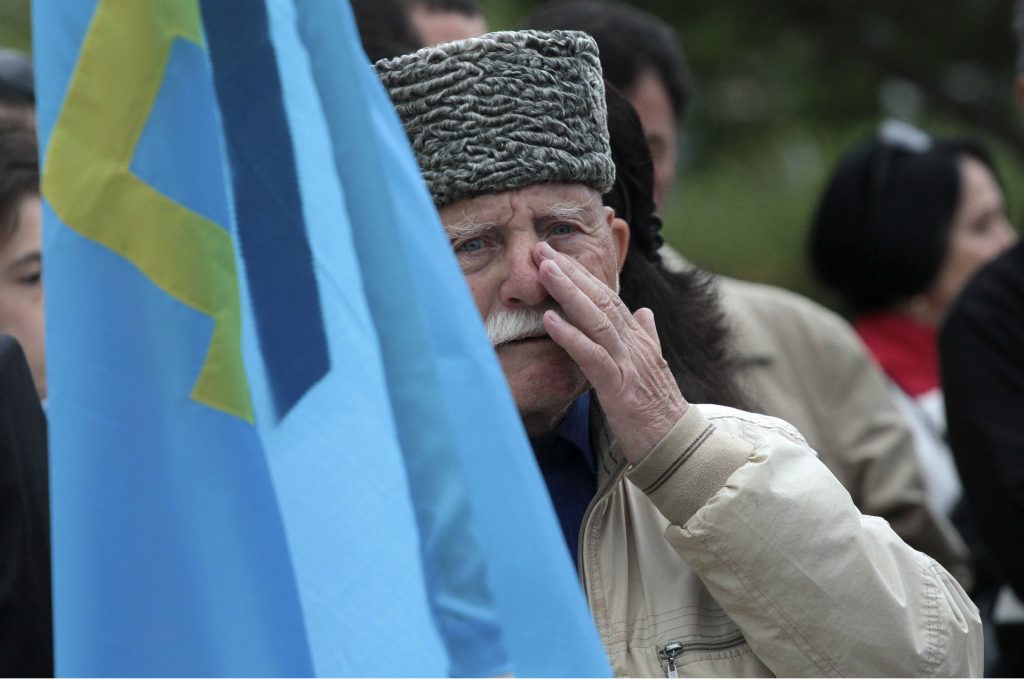 These latest moves by Crimea’s authorities are a concerning deterioration for the peninsula’s indigenous minority. Halya Coynash—a well-known Ukrainian human rights activist—has branded the Mejlis ban an effective declaration of war against the Crimean Tatar people.

One fear is that the banning of the Mejlis under the auspices of “extremism” will be used as a reason to continue, if not deepen, the repression of Crimean Tatars. Crimea has 250 local mejlises with over two thousand people associated with them. These individuals are now at risk of arrest and repression because of their involvement with an “extremist” organization. Further, there is concern that the Mejlis ban might also affect the right of Crimean Tatars to use symbols associated with the Mejlis, including the Crimean Tatar flag.

The Crimean Mejlis has long held a precarious status. Even before Crimea’s annexation in 2014, the Mejlis had a difficult relationship with Crimean authorities, particularly concerning the remembrance of certain events, such as Josef Stalin’s deportation of Crimean Tatars. Ukrainian authorities also failed to recognize Crimean Tatars as one of the indigenous peoples of Ukraine, deeming them instead a national minority. Marginal pro-Russian organizations in Crimea, such as Russian Unity, the party led by Crimea’s leader Sergei Aksenov, picketed land and destroyed structures that were part of a land allocation dispute between Crimean Tatars and Ukrainian authorities following the return of Crimean Tatars to Crimea in 1989.

Despite these challenges, the existence of the Mejlis signified the increasing rights and status of Crimean Tatars in post-Soviet Crimea and Ukraine. The Mejlis building, in Simferopol Crimea’s capital, also housed the Crimean Tatar newspaper Advet.

Following annexation, Crimea’s de facto authorities moved swiftly to punish Crimean Tatars for their opposition to annexation and to limit their future ability to mobilize. Russian politicians such as Konstantin Zatulin have advocated isolating the Mejlis as a threat because it might be “an operation for ‘liberating’ the peninsula,” or a pro-Turkish Trojan horse.

Almost immediately, previous and current Mejlis leaders—Mustafa Jemilev, a Soviet dissident who campaigned for the right of Crimean Tatars to return to Crimea and was previously leader of the Mejlis, and Refat Chubarov—were banned from returning to Crimea for five years. Then, in September 2014, Russian State Security Services (FSB) raided the Mejlis. Sergei Aksenov also claimed the Mejlis never existed as an organization because it had failed to register officially with either the previous Ukrainian authorities or the Russian authorities since annexation.

Crimean Tatars have also faced indiscriminate brutality since annexation. Jemilev described the annexing regime as worse than Soviet authorities, because at least when Soviet dissidents were imprisoned “there was a clear procedure.” Since 2014, dissidents “just vanish,” and local authorities have shown little willingness to investigate Crimean Tatars’ kidnappings, beatings, and disappearances. Even with Crimean Tatar media outlets now closed, such as Advet, or relocated to Kyiv, such as the ATR TV station, Crimean Tatar journalists still face FSB raids on their homes.

It is likely that the banning of the Mejlis—“a new level of repression targeting the Crimean Tatar community as a whole,” according to a Council of Europe report released on April 11—is a response to the economic blockade of Crimea that was organized by Crimean Tatars who have relocated to mainland Ukraine. This blockade has been successful in irritating Crimean authorities and, with the explosion of power lines between mainland Ukraine and Crimea since November 2015, has made the work of the authorities in providing power to the annexed peninsula particularly difficult.

The banning of the Mejlis also comes at a time of deteriorating relations between Russia and Turkey. This ban willingly antagonizes Turkey, which has branded it illegal.

But Crimean Tatars continue to show resilience to oppression. After all, the Mejlis is not only a political organization; it is also an idea and symbol against Russian oppression. Still, within Crimea, the space for Crimean Tatars to resist annexation is decreasing, while the regime’s capacity to act indiscriminately against the Crimean Tatars is increasing.

Those Crimean Tatars who choose to remain in Crimea—around 20,000 have officially left since 2014—face an increasingly precarious future. Not least because the banning of the Mejlis has substantially limited Crimean Tatars’ main opportunity for recourse against Crimea’s de facto authorities and the Russian regime.

Eleanor Knott has just completed her PhD in political science on ethnic politics in pre-annexation Crimea at the London School of Economics. She tweets at @ellie_knott.

Image: A Crimean Tatar man holds a flag during a rally to commemorate the mass deportations from the region in 1944, in the Crimean capital Simferopol May 18, 2014. REUTERS/Stringer