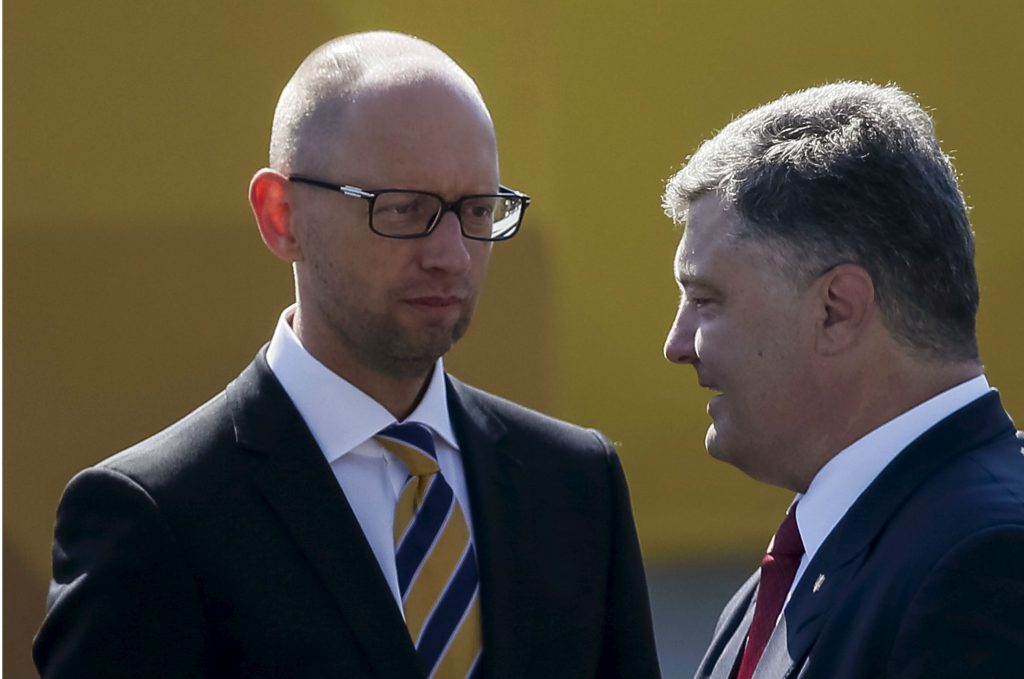 Some in the West like to beat up on Ukrainian President Petro Poroshenko and portray him as the chief obstacle to reform. However, if Poroshenko is holding the country back, how did parliament, which is governed by Poroshenko’s party and Popular Front, manage to adopt so many reforms in four short years?

The passage of reform legislation was dependent upon the breakdown of political forces in the Ukrainian parliament which were elected in October 2014. As Vox Ukraine noted, without the support of the 217 Poroshenko (BPP) and Popular Front (NF) deputies loyal to former Prime Minister Arseniy Yatsenyuk, “there could not be in practice the adoption of any laws.”

After the 2014 elections, there was euphoria at the creation of Ukraine’s first ever “pro-European constitutional majority” in the parliament. But it was never a monolith. The core of this majority was always the Poroshenko and Yatsenyuk factions. Vox Ukraine ranked Popular Front and Poroshenko Bloc as first and second respectively, with the highest attendance rates and largest number of votes for reforms.

In most cases, the PP-NF coalition had the support of Samopomich’s twenty-five deputies, giving them a comfortable parliamentary majority of 242. But, after leaving the coalition, Samopomich did not always vote the same as BPP and NF. Samopomich, often viewed as the most pro-reform faction in the parliament, is ranked by Vox Ukraine in third place for its support for reforms.

According to Vox Ukraine, the top reformers among Ukrainian deputies are seven from NF and three from the BPP factions who have high discipline and attendance records and vote for all reforms. The voting record of BPP and NF deputies for reforms is an average of 68 percent. Within the Poroshenko-Yatsenyuk coalition, 60 of NF’s 81 MPs have a 74 percent voting record and 101 of the PP faction’s deputies have a 73 percent voting record in support of reforms.

Contrast this with Batkivshchyna’s deputies. Only ten deputies (50 percent) have consistently voted for reforms. Half of Batkivshchyna and Radical Party deputies regularly vote with the hardline anti-reform Opposition Bloc. While Batkivshchyna deputies have a high attendance rate in parliament (80 percent), they received a mixed report since many weren’t useful in parliamentary work (57 percent) and they have low participation in voting (54 percent).

Tymoshenko herself is no great reformer. Vox Ukraine ranks her at 36 percent on its Index of Support for Reform. Although she has a high attendance record, presumably because parliament provides her with public visibility, she doesn’t vote very often (32 percent).

Samopomich will not take up the slack as it is polling badly at 5.1 percent and no other reform parties are popular. Time is running out before the October 2019 parliamentary elections for this to change.

The four leading candidates in the polls with a combined 40 percent are three populists, Batkivshchyna’s Tymoshenko, Opposition Bloc’s Yuriy Boyko, and the Radical Party’s Oleh Lyashko, and Civic Position chairman Anatoliy Gritsenko who has praised dictators more than once. If the polls are correct, Ukraine would elect an anti-reformist parliament and the president, who will be elected ten months earlier, would be unable to create a working coalition, which in turn could not form a government. This could lead to months of political instability, as following the March 2006 elections, and the president possibly being forced to dissolve parliament and call for new elections. Russia would undoubtedly capitalize upon Ukraine’s instability.

Ukraine’s current parliament is not perfect. But even as critics have written, it has accomplished the most in adopting reforms that bring Ukraine closer to Europe of any Ukrainian parliament in nearly three decades of independence. The adoption of these reforms has not been smooth but could not have taken place without the 217 Poroshenko and Yatsenyuk faction deputies.

The threat to this progress lies in Ukrainians taking their revenge on Poroshenko and Yatsenyuk for unpopular reforms by not voting their parties back in next year. Populists are hammering at the doors of Kyiv’s parliament, and Moscow can barely disguise its glee.

Taras Kuzio is a non-resident fellow at the Center for Transatlantic Relations at Johns Hopkins-SAIS, and is the author of “Putin’s War Against Ukraine” and co-author of “The Sources of Russia’s Great Power Politics: Ukraine and the Challenge to the European Order.”