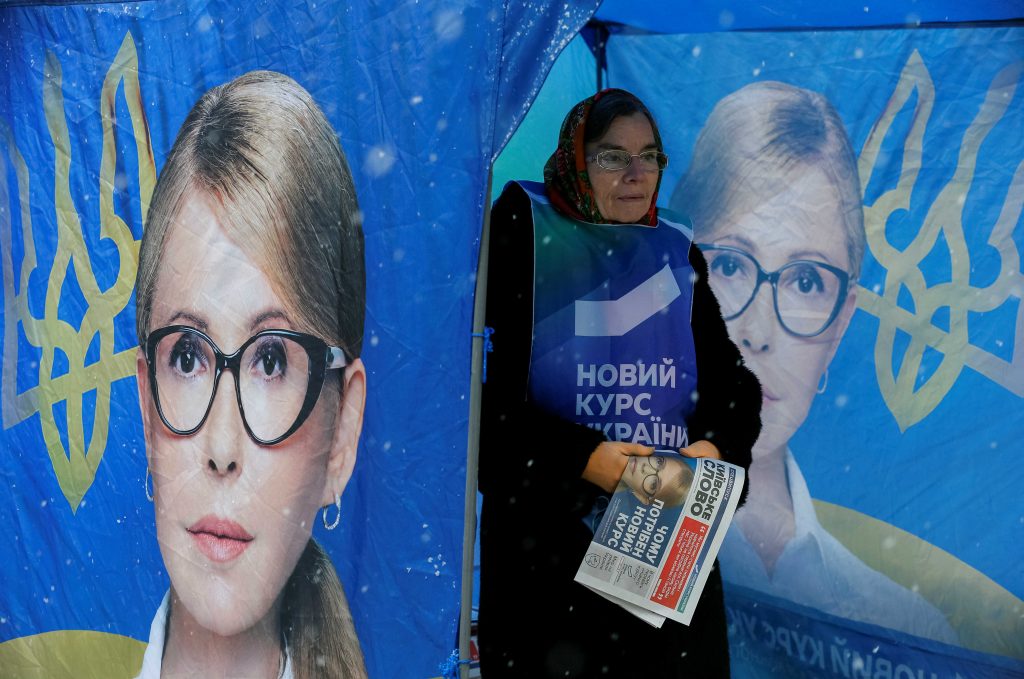 Many Western observers would like to see a change in Ukrainian leadership following the 2019 presidential and parliamentary elections. Some would prefer to see a young MP from parliament’s Euro-Optimists group become president; others hope the country’s next leader will come from one of Ukraine’s new parties, such as Democratic Alliance or Power of the People.

The most likely scenario, however, is that Yulia Tymoshenko will become the next president, and that her party’s share in parliament will significantly increase. It is possible that Petro Poroshenko will remain president, but as of November 2018, Tymoshenko is the leading candidate. And for the parliamentary race, her party leads in the polls with a significant margin.

What will happen if the former prime minister, her party, and their allies take over government next year is difficult to predict, but the West should prepare now for that possibility. In part, such a preparation would entail identifying inconsistencies in Tymoshenko’s behavior in parliament and speeches in public. But her prospective ascendancy should also be seen as a chance for a new start, improved relations with the West, and progressive development of the country as a whole.

Certain aspects of her current position and career could serve as starting points for a forward-looking approach. First, Tymoshenko would be the first female president in the eastern Slavic world. This by itself would be a noteworthy achievement in the context of Orthodox Christian civilization and neo-Soviet behavioral patterns, which have historically been unsupportive of female power. Tymoshenko already broke barriers in 2005 as the first female prime minister, and her ascendancy to the presidency would be a large step forward for sexual equality in the entire post-Soviet world.

Second, Tymoshenko has managed to build a pro-Western party, Batkivshchyna (Fatherland), over the last twenty years. Her creation of this organization has strengthened Ukrainian democracy. Unlike most other political projects in Ukraine, Batkivshchyna possesses functioning regional as well as local branches that are more or less evenly spread over Ukraine’s territory. It has had a faction in Ukraine’s parliament for several years now and is an observer with the European People’s Party, the alliance of the EU’s Christian Democratic parties. Batkivchshyna is popular not only because of Tymoshenko’s personality, but also because of its socio-economic initiatives. In other words, it is closer to a Western political party than to a post-Soviet “political-technological” project or pseudo-party, of which Ukraine had many since 1991.

Third, while it is true that Tymoshenko belongs to the old cohort of post-Soviet appointees, she is different from them. She was a minister under Leonid Kuchma, who was Ukraine’s president from 1994 to 2005, but was also briefly incarcerated in 2001. And when Poroshenko was a minister under Yanukovych in 2011-2012, she was again in prison, from 2011 to 2014. These detentions are by themselves not necessarily a recommendation, but they indicate that Tymoshenko may not be quite of the same material as Kuchma, Yushchenko, Yanukovych, and Poroshenko, none of whom was ever arrested for opposition activities during their political careers. Arguably, Tymoshenko’s two arrests as an opposition politician testify to the fear among her opponents of her resoluteness, rather than to any exceptional misbehavior.

Finally, over the last few months, Tymoshenko and her party have been engaged in a series of well-organized conferences that have allowed wide participation and pluralistic discussion. The relative openness of these events was illustrated by incidents in which unscheduled speakers spontaneously took the floor without any hindrance. The meetings featured substantive speeches and interactive debates that included a large array of innovative, if sometimes half-baked, approaches, as well as many activists and specialists who did not belong to Batkivshchyna. In fact, the New Course conferences introduced so many novel plans that they were, in their entirety, difficult even for political experts to digest.

None of these circumstances guarantees a good Tymoshenko presidency. One wonders where the enormous amounts of money that Tymoshenko is currently spending on her campaign come from, and what that will mean for her potential presidency or government. Notwithstanding, given that she is likely to win, these aspects of Tymoshenko’s biography can serve as starting points for a constructive discussion between her and Ukrainian civil society and Western actors.

Foreign diplomats and Ukrainian activists should begin exploring whether and how much a future presidential administration under Tymoshenko would support pushing reforms through an oligarchically-subverted parliament, a corruption-plagued government, and a reform-adverse bureaucracy. One of Tymoshenko’s most consequential actions as newly appointed prime minister in 2005 was reversal of the flawed privatization and transparent re-privatization of Ukraine’s largest steel-mill, Krivorizhstal—which, as a result, became ArcelorMittal Krivyi Rih. This action could indicate that Tymoshenko is more serious about reducing oligarchic influence in Ukraine than Poroshenko has been.

Tymoshenko has been criticized because of her populist stance, unrealistic social plans, and seemingly unconstructive behavior in parliament. Yet these actions are not uncommon among Western opposition parties that are out of government. Chances are, in the same way that Western parties adapt after electoral successes, Tymoshenko and her team will significantly adjust their positions once in power. Given the narrow range of movement allowed of any Ukrainian government, a Tymoshenko government will likely cooperate more productively with the IMF, European Union, and other donors than their current electoral rhetoric suggests.

Andreas Umland is a senior fellow at the Institute for Euro-Atlantic Cooperation in Kyiv, and is general editor of the ibidem­-Verlag book series “Soviet and Post-Soviet Politics and Society” distributed by Columbia University Press. Editor’s note: A longer version of this essay will be shortly published on the website of the Foreign Policy Association in New York.