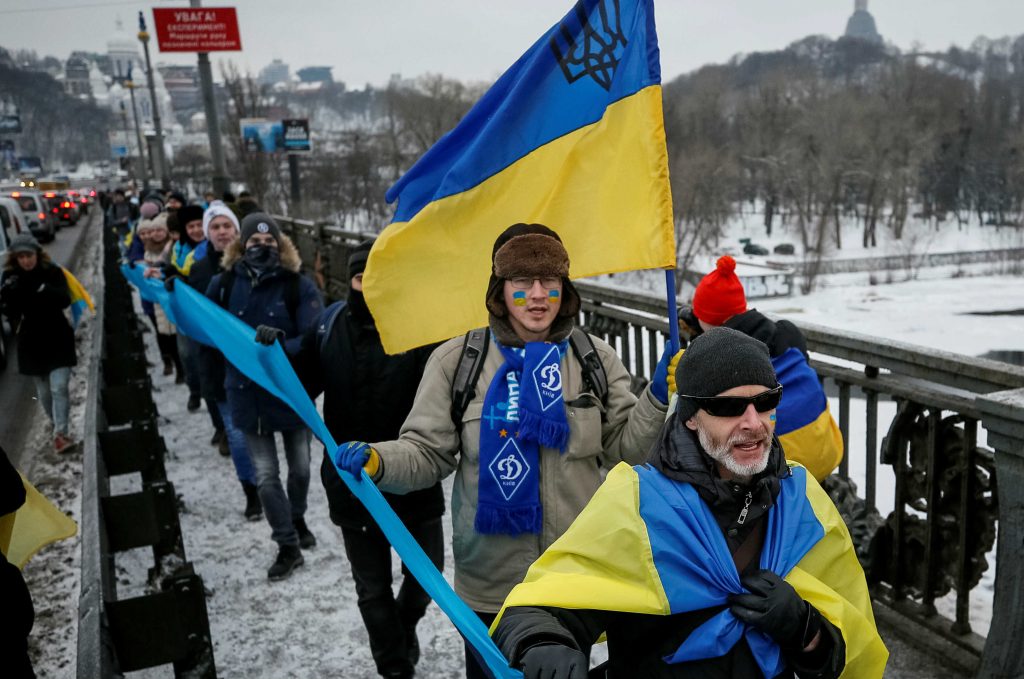 When asked what the exchange rate will be in 2018, I answer a question with a question: when will elections in Ukraine take place? A definite answer  is hard to come by in our country. Only one thing is certain: the fight in Ukraine will continue.

Anders Åslund, a senior fellow at the Atlantic Council, clearly described the crux of this fight: “Ukraine is far too transparent and open to stay so corrupt. Ukrainians are also far too educated to stay so poor.” This is not to say, he clarified, that Ukraine is poised to become rich and open. On the contrary, if the economy doesn’t start growing rapidly, the quality of education will decline. And, if it stays corrupt, its openness will also diminish.

Ukrainians have been fighting daily for at least thirty years, maybe even the last one hundred years. The fight is still in the manner of “one step forward, two steps back.” 2018 is likely to be more of the same.

What will hinder development in Ukraine?

First, whenever elections are held, it’s clear that the country is in its final stages of another political cycle. No sensible government undertakes drastic and painful reforms prior to elections. Traditionally, Ukrainian governments get their hands on everything that can easily be stolen to fund their election campaigns.

Second, Ukraine is investing too little to achieve breakthrough economic growth. According to the World Bank, Ukraine invests 15 percent of its GDP compared to China, which enjoyed thirty years of 10 percent annual growth and invests 45 percent of its GDP. A study carried out by the European Business Association had shown that the primary obstacles to investing in Ukraine remain corruption, insecurity of property rights, and by a large margin the war in the east. In 2018, all three obstacles will persist, if not intensify. Then comes pre-election populism, which would increase the budget deficit and inflation. This in turn will put depreciation pressure on the hryvnia. The National Bank, influenced by Bankova, would try to dampen the pressure by raising interest rates. The funding of the budget deficit would crowd out private investment.

There is another reason why our country is investing so little. Ukrainians don’t have a habit of saving much. Here another comparison with China is striking. Ukrainians save about 12 percent of GDP, while Chinese save 48 percent of GDP. I’m often told this is mainly because Ukrainians are poor. In reply, I ask: are Chinese affluent?

A breakthrough requires profound behavioral changes. Consumption restraint, hard work, continuous learning, and self-development are important, not to mention fewer holidays and vacations. But such changes take generations, not a year.

In 2018, attracting foreign direct and portfolio investment will be complicated by rising interest rates, primarily in the Unites States. This is caused by economic overheating and Donald Trump’s tax reform, which could lead to rising US budget deficits. Regrettably, we missed again the golden age of investment when interest rates in the developed world were historically low.

To compete with Poland, Slovakia, South Korea, China, and Vietnam (and lately with robots) in labor productivity requires investment in education and infrastructure. It took these countries nearly twenty-five years to attract such investments and achieve a positive impact. But it also requires economic freedom, ease of doing business, and de-monopolization of the economy—areas where Ukraine is lagging behind.

Now that I listed the major negative trends, a question arises: is there light at the end of the tunnel? What would promote development and transparency?
In addition to twenty-first century openness, with social media and blockchain technology, our civil society is constantly maturing.

Notwithstanding rising interest rates, money in the world remains relatively cheap. Due to its disorganization, a shortfall in innovative projects, and a lack of qualified managerial teams, Ukraine is only using about one-fourth of the funds allocated by international financial institutions.

I think decentralization is the main positive trend. The law of large numbers is at work here. Ukraine has only one government but twenty-five regional centers and 550 cities. It’s easier to reform cities than the entire country. The mayor and his team, must not only create an innovation hub to drive development, but also successfully overcome premature deindustrialization. Vinnytsia and Lviv oblasts and the city of Lviv have shown that this can be accomplished. More cities will create development agencies to attract and guide investments critical to economic growth. National victory will not happen next year. But its local and industry-specific bases will develop and inspire the inevitable nationwide victory.

Pavlo Sheremeta is a founder of Breakthrough Strategy House PRORYV, former Minister of Ukraine’s Ministry Economic Development and Trade, and former president of Kyiv School of Economics. This article was originally published in Russian by Novoe Vremya, and has been translated with permission by Vera Zimmerman.

Image: People carry national flags on a bridge while forming a human chain across the Dnipro River during celebrations for Unity Day in Kyiv, Ukraine, January 22, 2018. REUTERS/Gleb Garanich