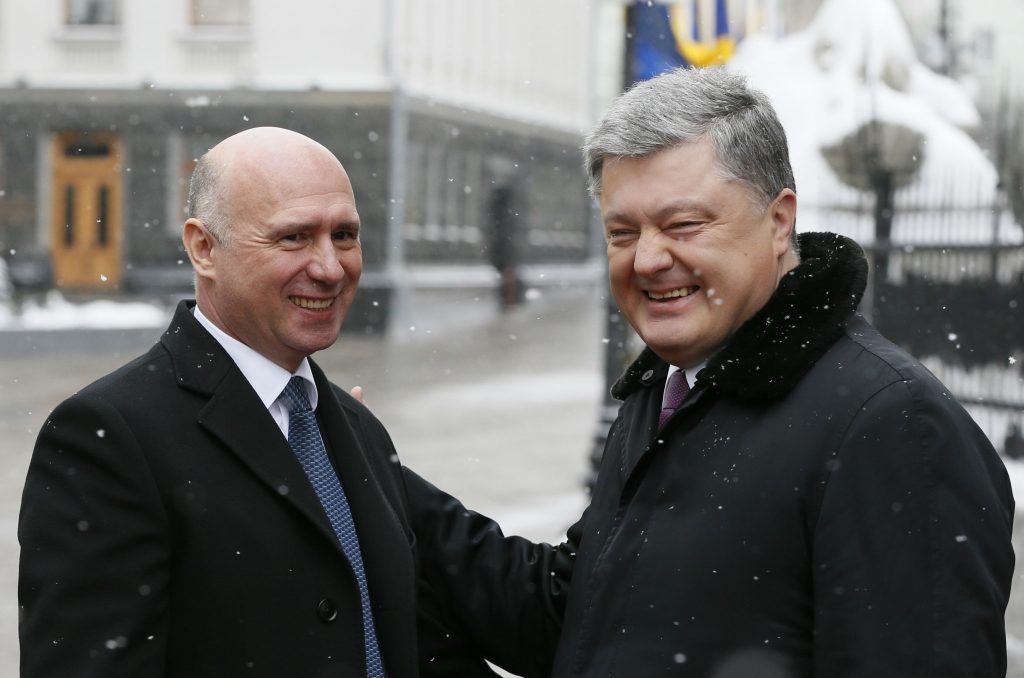 A year ago, I expressed my hope that “2017 should be the year when Ukraine’s economy takes off.” It should have been, but it was not. In the last quarter of 2016, Ukraine’s GDP grew by 4.8 percent. Alas, in each of the ensuing four quarters, the growth rate declined and GDP grew by only 2 percent in 2017, slightly less than the cautious official projections. Ukraine is actually growing more slowly than the EU economy, and certainly slower than the global economy. Therefore, it is difficult to be optimistic about Ukraine’s economic growth in 2018.

After a combined GDP fall of 17 percent in 2014-15, which was caused by Russian aggression, a swift recovery to 6-7 percent growth should have been natural. Instead, Ukraine is competing with Moldova for the title of Europe’s poorest country. In 2007, Ukraine’s GDP per capita in current US dollars was 160 percent larger than Moldova’s. Now it is only 8 percent larger according to IMF statistics, and Moldova is growing by 4 percent a year.

The worst part is that Ukraine’s economic shortcomings in 2017 were preventable. The two dominant factors that aggravated Ukraine’s economic performance in 2017 were the trade blockade and botched judicial reform. Last February, leading politicians in Samopomich (Self-Reliance) instigated a blockade against trade with the occupied territories in the Donbas, which disrupted heavy industry leading to stagnation of industrial production. This act alone probably cost Ukraine 2 percent of its GDP in the first half of the year.

At the same time, exports, investment, and consumption rose nicely, but then gross investment slumped from a healthy ratio of 24 percent of GDP in the second quarter to a miserable 16 percent of GDP in the third quarter. Domestic and foreign investors lost their rising confidence in Ukraine. Investors began to realize that the complex judicial reform that was underway would not cleanse the judicial system and thus reliable property rights would not materialize.

These tendencies only got worse later in the year. Businessmen often complained that the Prosecutor General’s Office and the Security Service of Ukraine (SBU) engage in aggressive corporate raiding. The only Ukrainian institution that really fights corruption, the National Anticorruption Bureau (NABU), came under heavy attack from the ruling coalition in parliament and the Prosecutor General’s Office for that very reason, further undermining the credibility of the rule of law in Ukraine.

These negative factors overshadowed the positive developments. Ukraine’s macroeconomic performance has been stellar. Finance Minister Oleksandr Danyliuk has kept the budget deficit below 3 percent of GDP. The National Bank’s leadership has nurtured the international gold and currency reserves that have increased to $18 billion, corresponding to four months of imports. Naftogaz won its gigantic arbitration case against Gazprom in Stockholm and made a substantial profit. The parliament adopted Acting Health Care Minister Ulana Suprun’s impressive health care reform.

Thanks to its improved macroeconomic situation, Ukraine’s government sold $3 billion of Eurobonds in September. Unfortunately, this sign of economic health tipped the political balance against reform. The International Monetary Fund (IMF) was supposed to give Ukraine credits of $4 billion in 2017. But since the government did not fulfill the IMF conditions, the country received only $1 billion, while it had to pay back $1.3 billion. The European Union canceled its last tranche of €600 million after Ukraine failed to fulfill four conditions.

At present, it looks doubtful whether either of these institutions will provide Ukraine with any funding in 2018, as their compassion has been replaced with distrust. The IMF is currently demanding five prior actions for further funding, namely the establishment of an independent anticorruption court, the legalization of private sales of agricultural land, the adoption of a privatization law, an improved pension reform, and adjustment of gas prices to market prices. The focal demand of all international creditors is an independent anticorruption court, since the court system has proved incapable of sentencing corrupt senior officials.

In addition, Ukraine’s highly-capable and insightful civil society has formulated two essential political demands, the introduction of purely proportional elections and the abolition of parliamentary immunity, because beside the law enforcement agencies the parliament is a nest of corruption. Wisely, the international community is listening to Ukraine’s civil society.

Sadly, the ruling coalition does not seem to be interested in a real independent anticorruption court or electoral reform even if legislation is under way. Absurdly, Ukraine’s politicians seem to be absorbed by the presidential election scheduled for May 2019. Instead, they should focus on securing real property rights so that Ukraine can boost its investment ratio to 25-30 percent of GDP and grow by 6-8 percent a year.