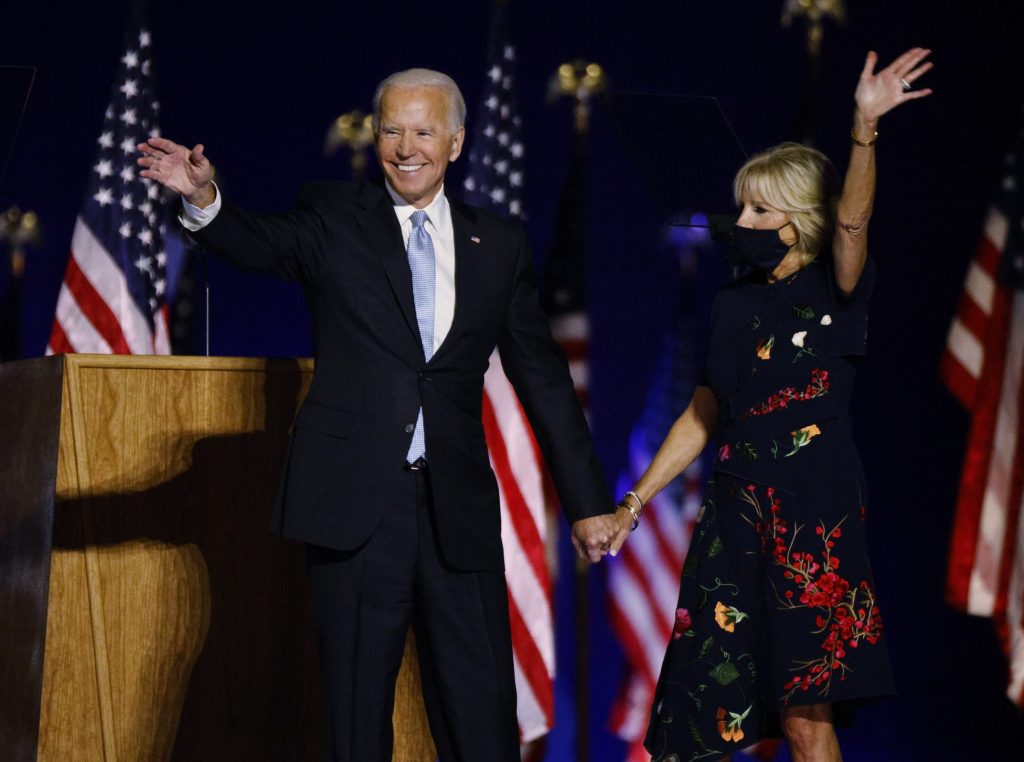 Few countries are likely to benefit more from a Joe Biden presidency than Ukraine. Biden knows Ukraine very well, having been responsible for US policy on Ukraine as vice president. He is committed both to its defense against Russia and to the country’s domestic reforms.

As vice president, Biden visited Ukraine no less than five times. As a result of this intensive engagement, he also has an excellent staff that know Ukraine very well, notably Dr. Michael Carpenter, who is likely to become his key staffer for Ukraine.

Ukraine played a major, though unintended, role in Biden’s defeat of Donald Trump. The impeachment of Trump was based on his “perfect” phone call with Ukrainian President Volodymyr Zelenskyy in summer 2019. Outrageously, Trump and his private lawyer Rudolph Giuliani also tried to use Russian disinformation extracted in Ukraine from suspected Russian intelligence agents such as Andriy Derkach in order to slander Biden.

Trump sacked honest US officials who supported Ukraine, notably Ambassador Marie Yovanovitch and Lieutenant Colonel Alexander Vindman. Other US officials had little choice but to keep quiet. Trump’s preference for prioritizing ties with Putin over Ukraine left US policy on Ukraine in tatters.

Despite these deeply unfavorable circumstances, Ukraine continued to enjoy strong bipartisan support in Washington throughout the Trump presidency. Even Trump loyalists such as Secretary of State Mike Pompeo were quite supportive of Ukraine.

Biden will reinforce this bipartisan support for Ukraine and render it operative. The United States has not had a permanent ambassador in Ukraine since May 2019, when Trump sacked Yovanovitch. It will now get a high-profile ambassador again and its policy will be more active than ever, because Ukraine is critical to US interests in many regards.

Fortunately, Trump did not manage to stop, or even reduce, US military support to Ukraine. Biden will maintain this support and possibly increase it, while reinforcing its credibility, which will give the Kremlin food for thought. Attempts by pro-Russian forces within Ukraine to promote anti-US and anti-Western narratives will lose credibility accordingly.

US measures against the Kremlin suffered from a lack of consistency during the Trump presidency. Trump himself wanted to end or at least ease sanctions, while the rest of Washington wanted to strengthen them. This created confusion and undermined effectiveness. Biden, who was one of the initial authors behind the current US sanctions regime against Russia, can be expected to bring renewed clarity and reinforce existing measures.

Inevitably, a Biden administration will make sure it plays a major role in Ukraine’s negotiations with Russia over the ongoing war in eastern Ukraine. This means that the likelihood of Russia seriously considering a withdrawal from eastern Ukraine has suddenly increased. The Kremlin knows and respects Biden, who has nurtured a reputation as a hardliner on Putin.

As vice president, Biden fought hard for the rule of law in Ukraine. He is bound to do so all the more forcefully as president. This is bad news for the many different forces in today’s Ukraine who are seeking to reverse anti-corruption initiatives or block judicial reform.

For example, the eleven Ukrainian Constitutional Court judges implicated in attempts to derail anti-corruption efforts had better reconsider. They might otherwise find themselves becoming subject to US sanctions, including visa bans and asset freezes. The Global Magnitsky Act of 2016 was specifically designed with such characters in mind.

Numerous other prominent Ukrainians now have good reason to rethink their actions. Putin’s closest ally in Ukraine, Viktor Medvedchuk, has been sanctioned by the United States since March 2014 over the Russian occupation of Crimea. Why, then, is he allowed to head a parliamentary faction and control three major Ukrainian television channels? Biden is likely to pose such a question.

The FBI has reportedly been investigating Ukrainian oligarch Ihor Kolomoiskiy since 2016 for alleged money laundering in Cleveland. Strong rumors suggest that Trump blocked his prosecution in the United States. Kolomoiskiy is another obvious target for the Global Magnitsky Act. Meanwhile, the bungled US Department of Justice case against fellow oligarch Dmytro Firtash is likely to finally result in his extradition to the United States.

These US criminal cases could help clean up Ukraine’s politics. They could also provide President Zelenskyy with a new lease of life as he struggles to live up to his billing as a fresh face capable of transforming Ukraine’s political culture.

With Biden backing a strong anti-corruption agenda in Ukraine, the National Anti-Corruption Bureau and the rest of the country’s anti-corruption architecture is set to be reinforced. The long-awaited reform of the Security Services of Ukraine (SBU) is likely to finally take place, while judicial reform will be restarted.

As a result, Ukraine will hopefully move closer towards genuine rule of law. This will have a significant positive impact on the country’s prosperity while paving the way for further Euro-Atlantic integration.

Ukraine’s cooperation with the International Monetary Fund (IMF) will acquire new momentum. Indeed, Ukraine could receive levels of financial support from the IMF, the European Union, and the World Bank which would currently appear implausible.

The combination of improved rule of law and enhanced international financing will also entice foreign direct investment. Needless to say, all these measures will improve the prospects for greater economic growth.

After Joe Biden’s victory in the 2020 US presidential election was declared, President Zelenskyy was one of the first foreign political leaders to offer congratulations. He was wise to do so. Ukraine has much to gain from a Biden presidency, as does Zelenskyy personally.

Anders Åslund is a senior fellow at the Atlantic Council in Washington. His most recent book is “Russia’s Crony Capitalism: The Path from Market Economy to Kleptocracy.”

The impeachment of President Trump is now over but the drama has had a profound impact on US-Ukrainian relations and on American public awareness of Ukraine.