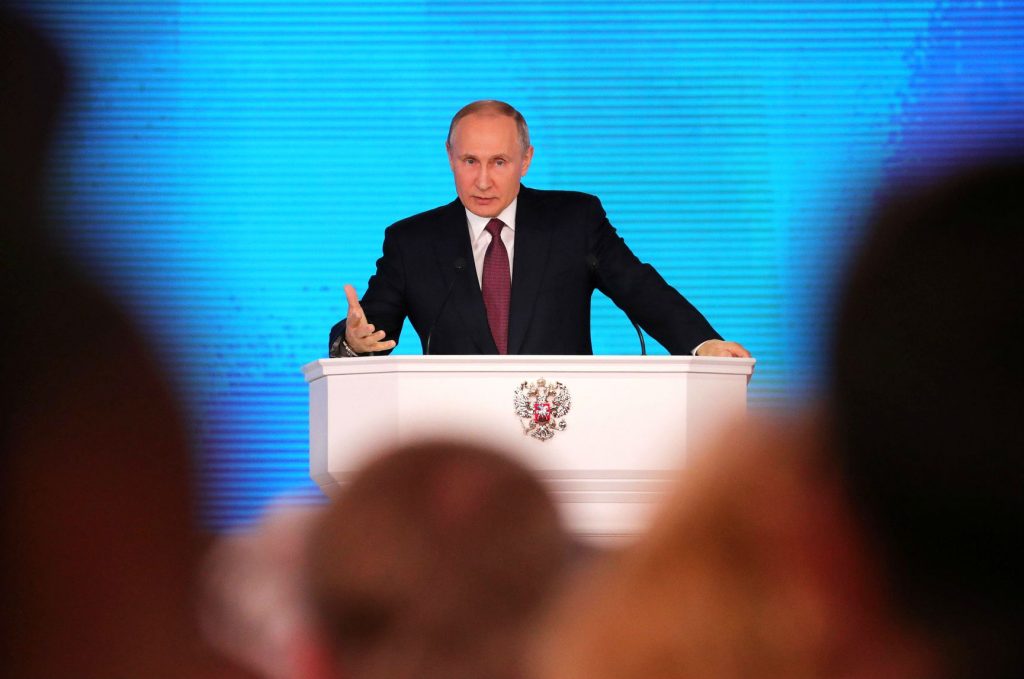 So far, twenty-eight nations have sent home more than 140 Russian diplomats and spies in a coordinated response to the Russian nerve agent assassination attempt in Salisbury, England. Symbolically, this unprecedented expulsion of Russian officials constitutes an important show of unity, but its practical impact in terms of hindering Russian subversion operations is limited. With the exception of the United States and Britain, which expelled sixty and twenty-three Russians respectively, most countries expelled four individuals or fewer—an insufficient number to deliver a meaningful hit to Russian spy networks.

Meanwhile, Putin’s Russia continues ravaging Ukraine, where more than 10,000 Ukrainians have died defending their country since 2014. It is still supporting or even orchestrating massive atrocities in Syria, and it is behind increasingly audacious cyber and disinformation attacks globally.

Welcome to Cold War 2.0: we are in it, and it’s time to fight back. Russia’s use of a military-grade chemical weapon in a NATO country for the first time is the Kremlin’s latest benchmark. While Western military deterrence has so far stopped Russia from physically attacking NATO countries, allied deterrence in the non-kinetic sphere is failing spectacularly.

Putin is not afraid to continue targeting the West with ever more aggressive tools and tactics, hacking elections and buying off Western politicians and public figures. There is only one reason why Russia can continue down this path: because the West has not issued proportionate punishment for any of these aggressive acts. History has repeatedly taught us that appeasement of dictators doesn’t work and that bullies must be stopped with force. If the Western response only involves the expulsion of a few diplomats and intelligence officers, Russia’s leadership will be affirmed in its view that the West lacks the political will to engage a forceful pushback.

There are five things Western democracies should do immediately to increase the costs of Russian subversion and pressure Putin to reevaluate his aggressive behavior.

Congress has several committees investigating this threat in the United States, which has contributed to considerable growth in public awareness as details of Russian subversion activities have been brought to light. A similar parliamentary effort has just been launched in the British House of Commons, where it is already yielding major revelations about the work of Cambridge Analytica in conjunction with various Russian actors. Every European parliament should instigate a similar course of investigatory action, since national lawmakers have the highest level of credibility when it comes to national security.

Second, dirty Russian money is the Achilles heel for Kremlin-linked oligarchs. While European countries have been reluctant to pursue this agenda, Americans have again stepped up to the plate, hitting the Kremlin’s friendliest oligarchs with a new round of sanctions that has seriously frightened supporters of the Russian leadership. While London is the most prominent nexus of dirty Russian money, other European cities such as Zurich and Berlin have also been harboring Putin’s oligarchs, their relatives, and their money. Now is the time to get tough on those who prop up the Russian regime and enable its destructive machinations in Ukraine and elsewhere.

Third, if Europe wants to stop Russian aggression, it cannot systematically provide funding for Putin’s regime. Given the lack of diversification of the Russian economy, Moscow relies almost exclusively on revenue from energy exports. For this reason, the Kremlin has developed Nord Stream 2, a controversial gas pipeline that would connect Russia directly to Germany, bypassing Eastern European countries. This project enables pure Russian political blackmail and must be stopped.

Not only will the completion of Nord Stream 2 increase German dependence on Russian energy, it will also provide the Kremlin with leverage for major strategic corruption known today as “schröderization” after the former German chancellor and current Putin ally. If Nord Stream 2 is built, it will become a funding tool for Putin’s elite in years to come. This is hardly how European energy security will be achieved. At the least, influence linkages in the lobbying for Nord Stream 2 must be thoroughly investigated. Even better would be the freezing of Nord Stream 2 construction until Russian occupying troops exit Ukraine, Georgia, and Moldova.

Fourth, it is time for European governments to finally get real on countering pro-Kremlin disinformation. So far, only a few capitals are taking this threat seriously and dedicating resources and specialized personnel to study, map, and fight hostile information influence operations conducted by Russian entities and their local proxies. Most of the European research on this issue is still financed by US taxpayer-funded foundations and programs, with the United Kingdom also recently stepping up its game to counter Russian influence in Central and Eastern Europe. Although all major Western European allies have been hit by brutal disinformation attacks, there have not been any major policy shifts that would effect concrete pushback.

At the EU level, chief diplomatic and security bureaucrat Federica Mogherini has been sabotaging efforts to counter pro-Kremlin disinformation, despite numerous EU members asking her to reinforce and fund the specialist team stationed at the EU diplomatic body, the EEAS East STRATCOM Task Force. Incredibly, after three years of growing pressure, there are still only three EU specialists tasked with countering pro-Kremlin disinformation.

Fifth, every European country should adopt its own version of the Magnitsky Act. A legal instrument that sanctions major human right abusers is now in force in the United States, Canada, Britain, and the three Baltic republics. Other European countries may want to adopt such legislation in synchronization so that they cannot be easily singled out by Russian counter pressure. Meanwhile, other allies can lend support through collective action, should Russia retaliate with increased belligerence and subversive tactics.

We can win Cold War 2.0. First, however, we must recognize that we are facing a bellicose dictatorship that can only be reliably stopped with all the force the rule-based international order can bring to bear. At heart, this is what the Western liberal-democratic alliance stands for. Let’s defend it.

Jakub Janda is executive director of the Prague-based European Values Think-Tank, where he heads the Kremlin Watch Program focusing on Russian subversion operations.