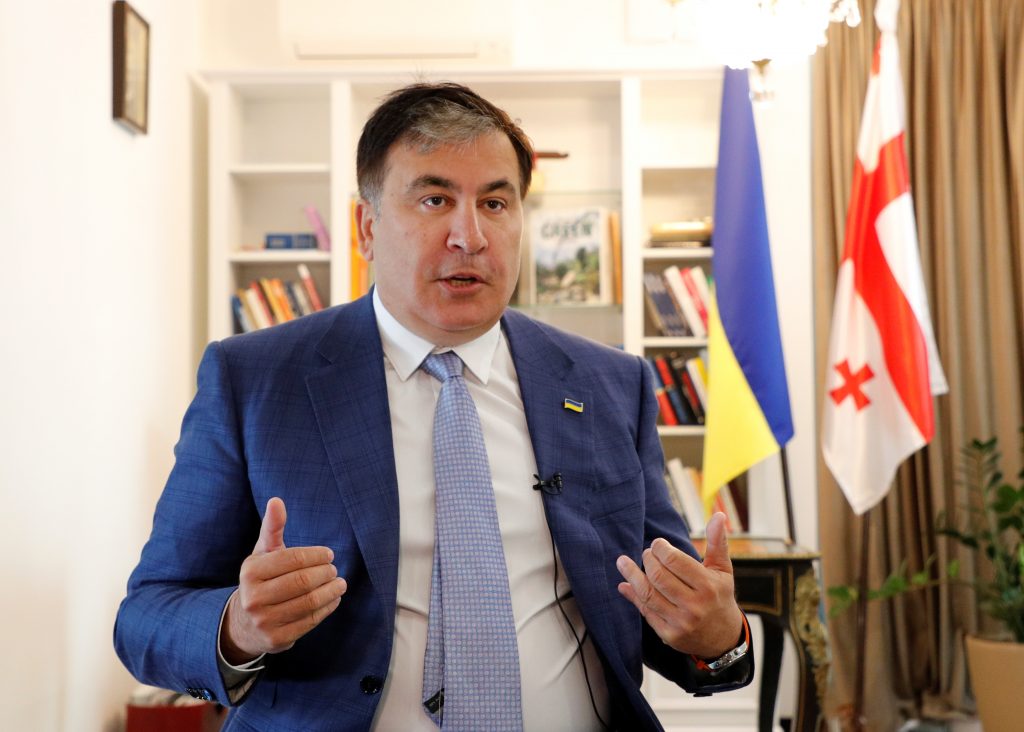 “Ukraine isn’t Georgia, so why does the ex-president of Georgia think he can use the same recipe to reform Ukraine?”

Experts from Washington to Kyiv have been asking this question since 2015, when I first entered Ukrainian politics after two terms as president of Georgia. Now that President Zelenskyy has appointed me to head Ukraine’s National Reform Council, the time has come to address this question. The results of my initiatives in the coming months should deliver a definitive and final answer. But as I start this new job, I have a few good reasons for optimism.

Let’s begin with Zelenskyy’s rationale for nominating me: He knows what happened in Georgia during my presidency. After the collapse of the Soviet Union and a disastrous civil war, Georgia was a failed state. Institutions were all but nonexistent. The social safety net didn’t function; law enforcement was the purview of criminal gangs. Before 2004, Georgia was one of the world’s most corrupt countries, as Ukraine is today. However, unlike most of Georgia when I was first elected, Ukraine at least has electricity.

During my presidency, Georgia’s GDP quadrupled. Foreign investment skyrocketed. The proportion of people living in poverty dropped from 55 percent in 2001, to less than half of that figure by 2012. And for the first time, Georgia began producing and exporting high-tech military equipment.

The reform-driven economic boom enabled us to increase pensions twelve-fold and raise the salaries of teachers, police, and other essential state employees, attracting talented new blood to a public sector that had once been a hotbed of corruption and incompetence.

There is no need to take my word for it. The World Bank ranked Georgia as the world’s top reformer during my presidency, claiming that “Georgia’s experience shows the vicious cycle of ostensibly endemic corruption can be broken.”

It is true that Ukraine is not Georgia. But that’s no reason for pessimism – quite the opposite, in fact. When I took office, Georgia was in a worse situation than Ukraine is now. As the largest country in Europe, ten times the size of Georgia, Ukraine has far greater economic potential.

At the end of my presidency, the GDP per capita in Georgia was 15 percent higher than in Ukraine. Imagine what those numbers would be if Ukraine could cast off the shackles of the Soviet legacy, as Georgia did. There is no reason why Ukraine cannot become at least as prosperous as neighboring Poland over the next decade.

Skeptics point out that Ukraine’s vast resources, entrenched political class, and powerful vested interests are greater obstacles to reform than we ever faced in Georgia. There is some merit to this argument. Oligarchs control Ukraine’s economy and they will not give up without a fight. I learned that the hard way, when my efforts as governor of Odesa region were blocked by Zelenskyy’s oligarch predecessor and his cronies.

But, as in Georgia before, much of Ukraine’s economic and political dysfunction stems from the Soviet legacy. When sprawling bureaucracy and regulatory regimes are eliminated, so are opportunities for graft. Corrupt officials, criminal authorities, and their lackeys in the civil service are all starved of illicit income. In this way, patronage networks that have persisted since Soviet times finally collapse.

To be clear, I have never suggested that Ukraine simply “copy and paste” exactly the same policies that succeeded in Georgia. Reform priorities and processes must be adapted to the local context. But the experience of Georgia, as a fellow Soviet successor state that overcame many of the problems that cripple Ukraine today, is undeniably instructive.

As president of Georgia, I had a mandate to remake the system. Admittedly, I do not have the same authority in Ukraine. But sustainable reform in any country is a team effort, not a one-man show. I wouldn’t have accepted this challenge if I wasn’t confident that Zelenskyy was up to the task.

By appointing me, Zelenskyy has demonstrated a key trait of all successful reformers – a willingness to make bold moves, even if that means angering the establishment. My nomination drew the ire of many who benefit from the status quo, including members of the president’s own party. Nevertheless, he stood his ground.

Today, the stakes could not be higher. Amid the COVID-19 pandemic, Ukraine is on the verge of an economic crisis of stunning magnitude. GDP is expected to contract by at least seven percent this year. Unemployment has skyrocketed, and 45 million people face an uncertain future as Russia’s hybrid war drags on.

But if I learned one thing as president of Georgia, it is that moments of crisis can hold unexpected opportunities. During my presidency, Russia invaded and occupied a fifth of Georgian territory. The global financial meltdown hit at the same time. But with decisive leadership and support from the West, Georgia not only survived but thrived, becoming more independent from the Kremlin’s kleptocracy.

In desperate times like these, people want real change, and they want it now. Zelenskyy understands this. The coming months will test his leadership, as well as my own. If Ukraine becomes a prosperous European state, Georgia and the rest of the region will share the same destiny. If not, Russia wins and liberal democracy loses.

The Georgian recipe must work to transform Ukraine because failure is not an option.

Mikheil Saakashvili is the Chairman of the Ukrainian National Reform Council and the former president of Georgia.

Is Saakashvili the right choice for Ukraine?

Former Georgian president Mikheil Saakashvili is on the verge of a highly unlikely return to Ukrainian politics as the country’s new Deputy Prime Minister for Reforms. What might this mean for Ukraine?

Ukrainian MPs have adopted legislation to prevent former owners regaining banks nationalized during recent reforms. The move is a blow to Ukrainian oligarch Ihor Kolomoiskiy and paves the way for a new IMF program.