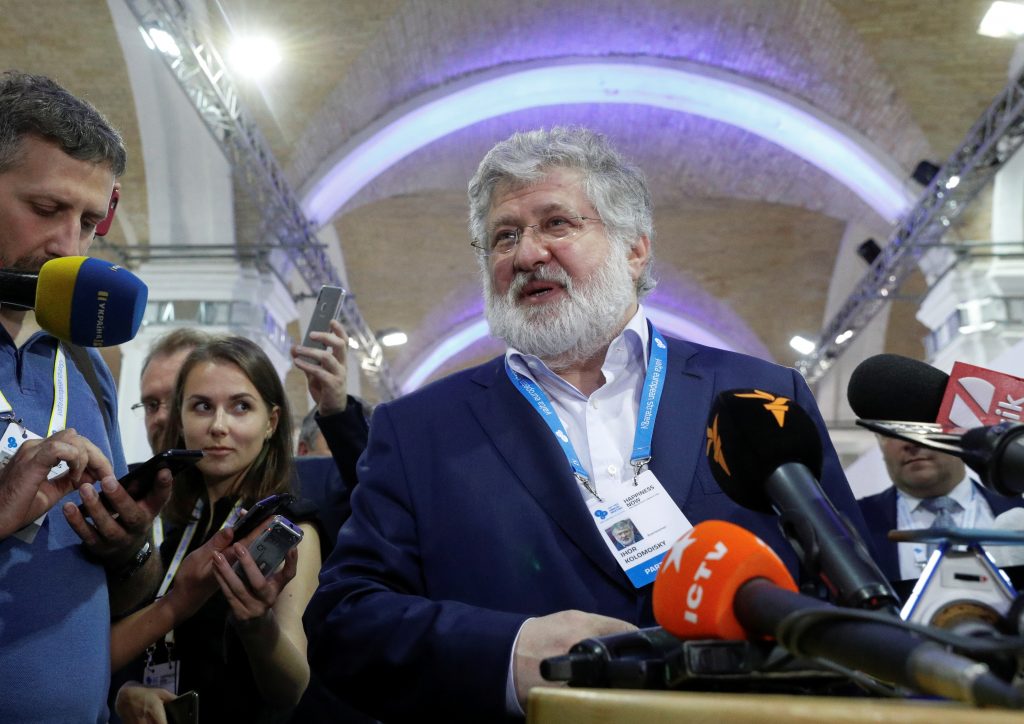 On May 13, Ukraine’s parliament finally adopted the so-called “anti-Kolomoiskiy” Banking Law in the fashion requested by the International Monetary Fund (IMF). This means that Ukraine is now ready to conclude an IMF Standby Program for eighteen months worth a potential USD 5 billion. This decision has major implications for Ukraine’s financial stability and political configuration.

The most obvious consequence is that Ukraine now can conclude a standby agreement with the IMF, presumably as early as later this week. The IMF Executive Board can then decide to approve the agreement in a further two weeks, meaning that the first tranche, probably totaling USD 1.75 billion, could be dispersed to Ukraine in late May or early June. The IMF’s approval also releases USD 2 billion of European Union Macroeconomic Financial Assistance and USD 1 billion of World Bank funding. A second IMF tranche of USD 1.75 billion would be expected at the end of the year.

The Banking Law was the IMF’s last major condition for further cooperation with Ukraine. It is designed to prevent the return to their former owners of over 100 commercial banks that have been closed or nationalized since June 2014. The main case is Privatbank, whose previous owners are accused of having taken USD 5.5 billion from the bank in related lending (to themselves).

The other prior action the IMF had required from Ukraine was the adoption of a land market law ending a longstanding moratorium on the sale of farmland, which was done on March 31. The IMF has no concerns about Ukraine’s monetary or fiscal policy, which are deemed to be in good shape.

Until recently, the IMF negotiated with Ukraine about an Extended Fund Facility (EFF) for three years, but the parties have recently settled for an eighteen-month standby program. An EFF is a medium-term program aiming at structural reform and financial stability, while a standby program is a standard IMF financial emergency option with fewer structural conditions.

Since the coronavirus crisis broke out in late February, the IMF has been trying to provide as many countries as possible with financial support. It has given strong preference to easy and fast programs, so Ukraine fits that pattern. For an EFF, the IMF wants to have a clearer understanding about future developments than is currently possible in Ukraine’s case.

The Ukrainian parliament’s decision to pass the Banking Law was widely anticipated. Perhaps more noteworthy is the country’s success in maintaining financial stability during the current crisis. After a minor depreciation in March, the hryvnia currency has strengthened and stabilized at about UAH 27/USD 1. The international currency reserves of the National Bank of Ukraine (NBU) amount to almost USD 26 billion, which is reassuring.

During two months of global financial crisis, no single bank in Ukraine has gone under. There have been no lines of panicked customers at ATM machines. As NBU chair Yakiv Smoliy pointed out in parliament on May 13, the NBU has cut its interest rate from 10 percent to 8 percent and is intent on a further reduction to 7 percent before the end of the year, while inflation has fallen to 2 percent a year. The independent NBU has done Ukraine a major service and helped keep the Ukrainian economy in relatively rude health.

Ukraine’s adoption of the Banking Law will have major political implications for the country. The composition of the vote for this law indicates the emergence of a new political formation, which was also in evidence during the vote on land market reform at the end of March.

No less than 270 of the Ukrainian parliament’s 424 members voted for this Banking Law. President Zelenskyy’s Servant of the People party is supposed to have its own one-party majority with 248 members, but only 200 of its MPs voted for this law. The Servant of the People party’s problem is that about 30 MPs, including many of the most prominent and vocal, owe their loyalty not to Zelenskyy but to former Privatbank owner Ihor Kolomoiskiy.

Meanwhile, Zelenskyy appears to have found a common language with his predecessor Petro Poroshenko. All 23 of the MPs from Poroshenko’s European Solidarity party who were present for the vote supported the law, as did the 18 present MPs from Svyatoslav Vakarchuk’s Holos party and Andriy Verevskiy's 16 MPs. Additional votes came from independent MPs. Tellingly, the pro-Russian Opposition Platform For Life and Yulia Tymoshenko’s Fatherland both voted solidly against this law, which can be considered an anti-embezzlement law.

This vote underscores that Ukraine’s political configuration has changed. The Servant of the People party is no longer united and cannot command a parliamentary majority on its own. Instead, the party can only govern as part of a reform alliance together with the likes of European Solidarity and Holos.

It would now be natural to recognize this new political reality and conclude a firmer coalition agreement. After all, Kolomoiskiy and his MPs seem ready to do anything in their power to sabotage all of the more sensible policies that Zelenskyy and his team are pursuing.

In order to embrace coalition government, Ukraine's president must learn to live with opposition from Kolomoiskiy’s television channel 1+1. This would be a challenging but arguably necessary stage in his political evolution. For now, we can say that the adoption of the highly significant Banking Law is a major victory for Ukrainian reforms and for the Ukrainian economy as a whole.

Image: Ukrainian oligarch Ihor Kolomoiskiy pictured in a 2019 file photograph. On May 13, 2020, Ukrainian MPs approved a new banking law widely known as the "Anti-Kolomoiskiy Law" because it aims to prevent the oligarch from regaining control over Privatbank, which he co-owned prior to nationalization in 2016. REUTERS/Valentyn Ogirenko