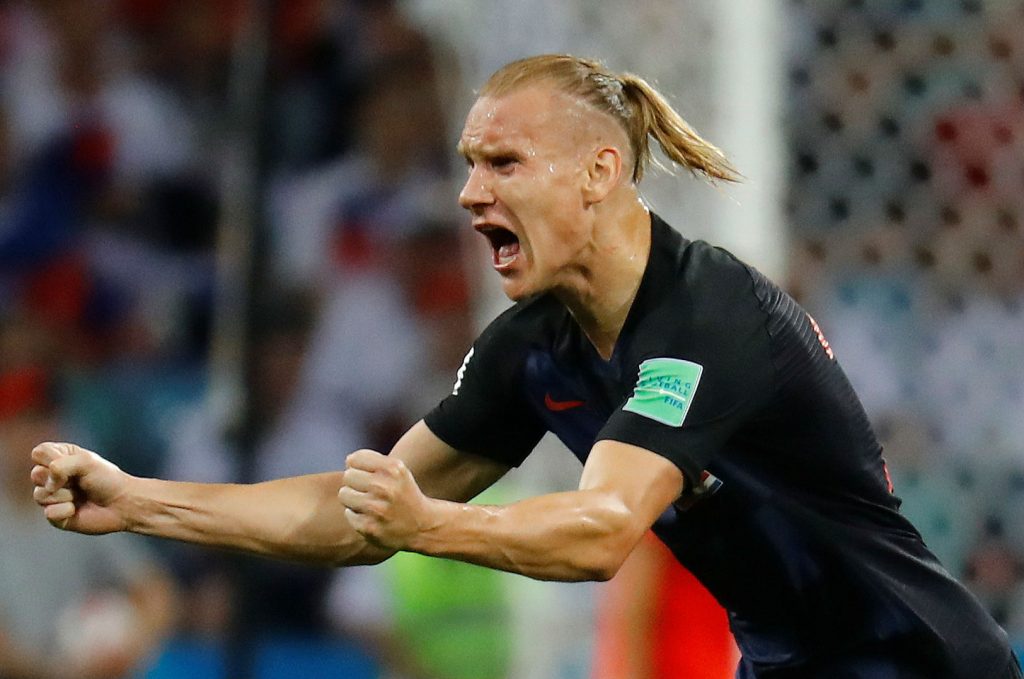 When two members of Croatia’s World Cup squad recorded a nine-second video dedicating their quarter final victory over Russia to Ukraine, they chose to accompany it with the patriotic slogan “Slava Ukraini” (“Glory to Ukraine”). As former Dynamo Kyiv players, they appear to have believed they were sending a somewhat cheeky but essentially harmless message to their Ukrainian friends. However, to millions of horrified viewers in Russia, there was nothing innocent about the video. To them, it was a dire insult to national honor straight out of the Nazi era.

This historically illiterate interpretation of the phrase “Glory to Ukraine” is perfectly in line with modern Russia’s preference for viewing all things Ukrainian through the narrow and distorting prism of Ukraine’s World War II-era independence movement. According to this warped logic, “Glory to Ukraine” is a fascist phrase because it enjoyed prominence among Ukraine’s World War II insurgent army, a force which briefly formed a strategic alliance with the invading Germans before fighting against both Nazis and Soviets for the remainder of the war.

These insurgents have long been the poster boys of a Kremlin campaign to justify the invasions of Crimea and eastern Ukraine by painting all Ukrainian patriots as the collective reincarnation of Hitler’s hordes. Indeed, since Soviet times, the preferred propaganda response to the Ukrainian independence movement has always been to brand Ukrainian patriots as fascists, with “Glory to Ukraine” as their version of “Heil Hitler.”

This depiction was never historically accurate, but the evolution of the phrase in recent years has rendered it absurd. Far from being a product of World War II, the origins of “Glory to Ukraine” are traceable to long before the 1940s. The phrase has its roots in Ukraine’s early twentieth century national liberation movement and was enthusiastically embraced by various different military formations during the failed statehood bid that saw a number of short-lived Ukrainian republics emerge in the chaotic aftermath of the Bolshevik Revolution. It has remained in common usage ever since, gaining in popularity during particularly intensive periods of Ukraine’s nation-building story such as the perestroika years and the 2013-14 Revolution of Dignity. Today, “Glory to Ukraine” is a wholly unremarkable patriotic refrain used by everyone from national politicians and celebrities to visiting dignities and diplomats. In this sense, it is comparable to “Vive la France” or “God Bless America.”

The only people still entitled to be shocked or offended by the phrase are those who regard Ukrainian independence as a form of dangerous extremism. This explains the virulence of the Russian reaction to the Croatian World Cup video, but it also raises serious questions over the way the international media chose to cover the issue.

Many press reports uncritically repeated misleading Kremlin characterizations of “Glory to Ukraine” as an anti-Russian nationalist slogan with roots in twentieth century fascism. This should be something of a wakeup call to all those who think Russian disinformation is losing its power to deceive. While international awareness of Kremlin hybrid war tactics has progressed by leaps and bounds since 2014, all roads still often lead to Moscow when it comes to media coverage of Ukraine.

The most striking example of this trend came courtesy of the UK’s Independent newspaper, which produced a report into the Croatian World Cup video scandal containing so many Kremlin clichés that it could conceivably have passed muster at RT. Perhaps the most memorable line was the description of “Glory to Ukraine” as “a phrase that continues to be deployed by anti-Russian Ukrainian nationalists following the 2014 Maidan coup.” Fellow British daily The Sun explained “Glory to Ukraine” as “the chant of the Ukrainian army and the nationalist cause that is opposed to Russian territorial claims on the country.” Meanwhile, Bloomberg carried an opinion piece that repeated false Russian assertions of the phrase’s World War II vintage, stating matter-of-factly that it is “a traditional greeting of Ukrainian nationalists, and was first adopted by the supporters of World War II-era separatist Stepan Bandera.” The fact that these casual characterizations all echo the official Russian narrative is an indication of the informal influence Moscow continues to exert over international perceptions of Ukraine.

This is nothing new, of course. Ever since the collapse of the Soviet Union, international media reporting on Ukraine has suffered from a heavy degree of Russian bias due to the widespread habit of relying on Moscow correspondents to cover the country. With Russia and Ukraine currently engaged in an undeclared war, the shortcomings of relying on international journalists accredited by the Russian state should be obvious. Nevertheless, the practice persists and continues to produce predictably unsatisfactory results.

Ukraine’s low international profile and minimal academic footprint have also not helped matters. All too often, this has forced those interested in the country to seek information from Russocentric sources that are more likely reinforce old stereotypes than to offer any genuine insight into the specifics of Ukraine’s post-Soviet experience. Until Ukraine makes itself more accessible to English-language audiences, this will remain the case. After all, busy foreign journalists and overloaded international researchers are hardly to blame for lacking the requisite Ukrainian language skills and nuanced local knowledge necessary to make sense of the country’s confusing past and convoluted present.

While four years of Kremlin information warfare have clearly not convinced the international press to think twice before taking their lead on Ukraine from Russia, the experience has at least taught Ukrainians the importance of fighting back. The Ukrainian Embassy in London led the charge on this occasion, taking to social media to register its objections to misleading coverage of the “Glory to Ukraine” video in the UK press. The results were encouraging with a number of corrections to the Independent article appearing within a matter of hours. Similar fact-based complaints regarding things like incorrect maps showing Crimea as part of Russia have also brought success in recent months.

The onus now is on Ukraine to continue defending itself on the information battlefield. Ukrainian officials and activists must use the appearance of Russian propaganda tropes in the international media as an opportunity to inform and educate. Ukraine’s international ambiguity left it uniquely vulnerable in 2014 to Russian information warfare, but there is no longer any excuse for allowing Moscow to maintain its monopoly of the conversation.

Image: At the World Cup Croatia's Domagoj Vida celebrates their first goal scored by Andrej Kramaric on July 7 in Sochi, Russia. Croatia beat Russia in the quarter final. Vida made a video that included the phrase “Glory to Ukraine” to celebrate the victory that has resulted in an international dustup. REUTERS/Kai Pfaffenbach