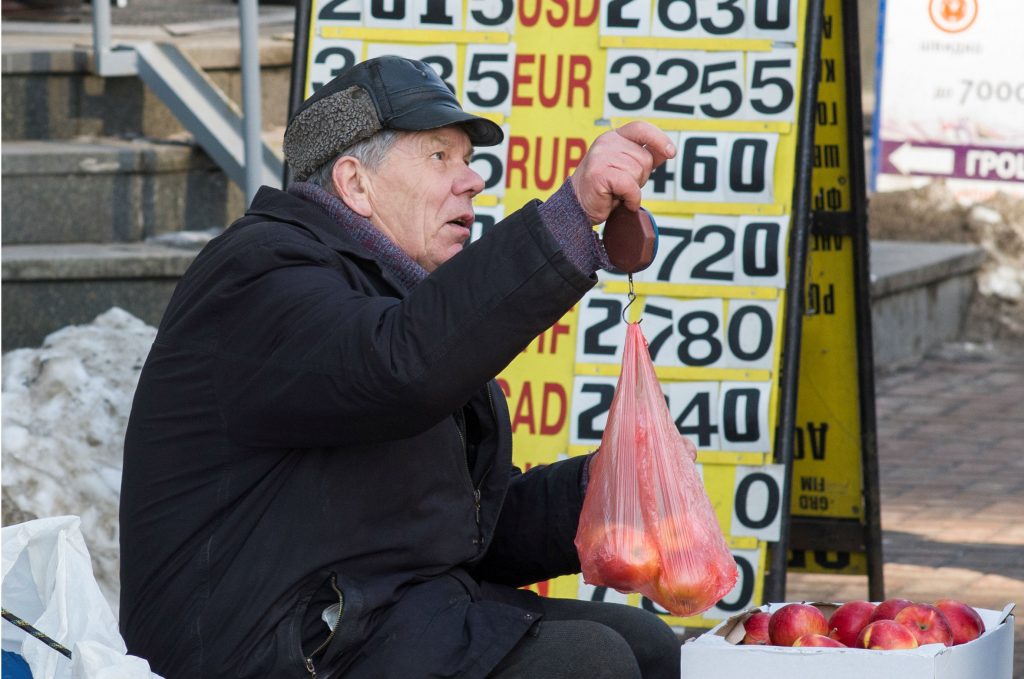 Ukraine should have been a prosperous, middle-income country by now. Instead, it is one of the poorest in Europe. Ukrainians are only slightly richer than Moldovans.

Since Ukraine’s independence, we, as members of the diaspora, have had a keen interest in the country’s development. With the disintegration of the Soviet Union, there were great expectations that the economic stagnation imposed on Ukraine by the Communist system would be a thing of the past. With its abundance of natural resources and human potential, we thought that Ukraine would evolve rapidly into a prosperous European nation.

However, while other countries who found themselves behind the Iron Curtain have been able to substantially raise their living standards and integrate into Europe, Ukraine continues to stagnate. Its living standards which were once equal to those of neighboring countries like Poland, Slovakia, or the Baltics, have fallen far behind.

We are not blameless. The diaspora’s views are generally misguided and counter-productive when it comes to moving Ukraine’s economy forward. The focus from 1991 to the present has centred on the existential threat Russia poses to Ukraine. This threat is real and, since the Maidan, has emerged into open aggression with the annexation of Crimea and the invasion of the Donbas. Nevertheless, ignoring the key factors which prevent Ukraine from developing also poses an existential threat that is no less real.

The diaspora has repeatedly been misled by the statements that “economic reform takes time” and that “progress is being made.” These calls have been made for decades by the country’s ruling elite to cover up the gross appropriation of wealth by a select few. The process started under the first President Leonid Krawchuk, who permitted insider privatisation by the red directors, and was subsequently continued by Leonid Kuchma under whose reign the oligarchs of today started to emerge. Very little changed under Viktor Yushchenko, despite his campaign slogan of “Bandits to Jail.” The kleptocracy and mismanagement peaked under the regime of Viktor Yanukovych, who expropriated massive wealth from the economy. Unfortunately, the control of the economy and aggrandizement by a select few has continued under Petro Poroshenko despite the noble slogan “Life in a New Way” and many promises to fight corruption.

Throughout these lost decades, the diaspora has been docile, while the select few have ravaged Ukraine’s economy. We have participated in endless “reform” conferences sponsored by the very entities who have blocked them. We entertain trade missions by functionaries who know the reasons investors have been extremely leery of committing capital. We have lobbied foreign governments and institutions to provide support despite the risk of expropriation by the elite of the funds provided. We have closed our eyes to the obvious economic injustice within the country in the interest of “stability” and the vain hope of “eventual progress.” In the meantime, we have watched as neighboring countries have adopted policies which have vastly improved their citizens’ well-being.

Today, Ukraine’s economy is still dominated by a limited circle of oligarchs working in collaboration with the ruling establishment. The economy is riddled by inefficiency and corruption. State enterprises continue to drain the national budget to the enrichment of its controlling interests. Monopolistic practices persist in many sectors and competition is suppressed. Regulatory bodies make pricing decisions based on the needs of dominant business interests. Land reform is blocked to provide advantages to agricultural magnates. Even the military budget is raided through corrupt procurement practices. Banking reform and closure was accompanied by massive expropriation of government funds by private bank owners. All of this corruption and mismanagement was met with little resistance and opposition by the diaspora.

We aren’t fooling anyone with our continued excuses. Opinion polls show that voters are no fools; the approval ratings of the government and president are approaching single-digit levels. Unfortunately, unscrupulous politicians exploit this mismanagement by proposing populist policies rather than true reforms.

Fighting endemic corruption must be the key reform. It impedes all economic progress. A truly independent Anticorruption Court is needed. The persecution of anti-corruption activists and attacks on the National Anticorruption Bureau must stop as well.

The 2019 presidential and parliamentary elections offer an opportunity for change. Without new leadership committed to radical reforms to fight corruption, all other efforts at reforming the economy will be undermined and put Ukraine’s viability and independence at risk.

The obligation of the diaspora is to support those who are demanding true reforms and not to turn a blind eye to the realities of the situation. Instead of succumbing to the disinformation and provocations in which the ruling elite and its entourage is so expert, we must stand with civil society, which is demanding true reform to put the country on a new course toward normalization and prosperity. No more excuses.

Basil Kalymon is professor emeritus at Ivey Business School in Canada. Oleh Havrylyshyn is an adjunct research professor at Carleton University in Canada.