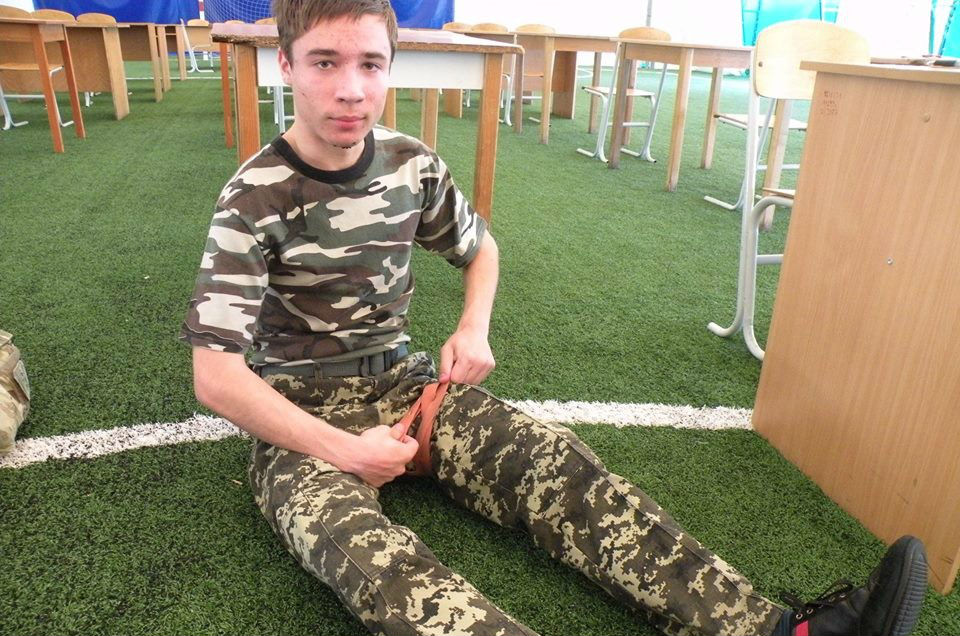 Last December the Ukrainian government and Russia’s separatist proxies in eastern Ukraine exchanged nearly 400 prisoners. European leaders rightly applauded. Lost amidst the congratulations was the fact that Moscow still holds sixty-six Ukrainian citizens as de facto hostages on Russian territory, and they more than meet the Parliamentary Assembly of the Council of Europe’s definition of political prisoners. While a few of these stories made international headlines—most prominently pilot Nadiya Savchenko who has since been released—the vast majority do not.

Consider some of the most egregious cases. The filmmaker Oleg Sentsov was sentenced to twenty years on made-up charges of terrorism after protesting the annexation of his native Crimea. Sentsov is being held in the Arctic town of Labytnangi where he is losing his teeth and hair while his body slowly gives out.

Meanwhile the youngest hostage is 19-year-old Pavlo Hryb.  Hryb went to visit a girl in Belarus he had met on an online dating site, and while there he was grabbed by unknown assailants and taken to Russia. He is accused of terrorism and denied medical treatment despite suffering from a serious illness.

Twenty-one Crimean Tatars who were peacefully protesting Russia’s annexation are also on trial or have been sentenced for “terrorism.” None have committed or planned any terrorist or extremist acts, but accusing pro-Ukrainian minorities in Crimea of terrorism is a time-tested Russian technique to squash dissent.

Plenty more equally heartbreaking stories exist, including reports of psychotropic drugs, electric shock, and threats against family members, to wear down the Ukrainian political prisoners or extract “confessions” from them.

Western human rights groups and politicians need to speak out more often against this tragedy and demand that Moscow release these prisoners. Much attention has focused on the war crimes committed in the Donbas, but more attention needs to be paid to the Ukrainian hostages. If a prominent American or European politician attends the World Cup in Russia, they should speak out on the problem and try to meet with some of the Ukrainian prisoners held in Russia.

The West should also employ targeted sanctions against any Russian security officials involved in these arrests. While the effect will be more symbolic than real, it at least makes a statement.

However, the Ukrainian government can’t expect the West to take these types of actions itself unless Kyiv itself first makes more of an effort to highlight the plight of its own citizens.

First, President Petro Poroshenko needs to officially task a single person within the government with responsibility for all issues related to hostages.  One option is to add freeing the prisoners to the portfolio of First Vice-Speaker of the Verkhovna Rada Iryna Herashchenko, who has been Kyiv’s lead negotiator on the Donbas prisoner exchanges.

During a recent meeting in Minsk, Herashchenko raised the issue, proposing to release twenty-three Russian citizens held by Kyiv in exchange for Moscow’s releasing the hostages. If Poroshenko decides Herashchenko is right for the job, then he should officially appoint her and make clear that securing the release of the hostages is one of his administration’s highest priorities.

Another option for Poroshenko would be to appoint one of Ukraine’s former presidents or even a senior business leader to represent Kyiv’s interests. Freeing the prisoners will be a big lift, and with elections nearing most politicians won’t want to risk the perception of “failure.”

Finally, Poroshenko or Herashchenko could consider asking a neutral mediator between Moscow and Kyiv, especially one with prior experience working on prisoner releases in difficult environments, to step in. In this case, former US Congressman, UN Ambassador, Secretary of Energy, and New Mexico Governor Bill Richardson would be a perfect choice. He’s been nominated for the Nobel Peace Prize four times, and has successfully won the release of hostages and American servicemen in North Korea, Cuba, Iraq, and Sudan. He’s also skilled at working as an unofficial envoy with no ties to any government and can be counted on to discreetly communicate behind the scenes with both Ukrainian and Russian officials, thereby lowering the temperature on an emotionally fraught issue.

To be clear, none of these suggestions are a panacea, and right now Moscow lacks any incentive to release its Ukrainian prisoners. However that’s no reason for Poroshenko and Western officials not to bump this issue onto the top of their inboxes. Lives are at stake, and for some innocent Ukrainians time risks running out.