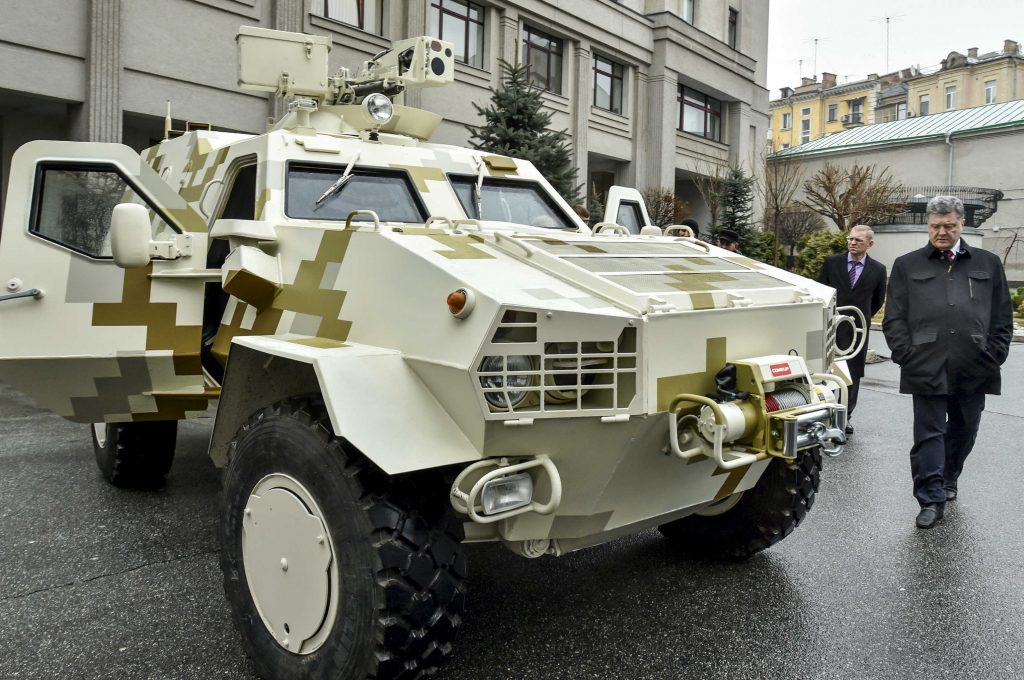 One of the biggest challenges facing Ukraine today is how to transform its inefficient, overcentralized, and opaque defense industry into a leading supplier of weapons and equipment for its frontline troops and an engine for economic growth and foreign currency revenues. Both of these goals are within reach, but only if Ukraine’s leaders can summon the political will to carry out necessary reforms.

Ukraine has a well-developed defense industry—it was a crucial part of the Soviet Union’s military complex—and is blessed with extraordinary human capital: world-class engineers, designers, and top-notch universities that feed qualified science and engineering graduates into the job market. Given its nearly four-year war with Russia, Ukraine’s military also has unmatched real-life experience defending against Russia’s most modern equipment, from electronic signal jammers to thermobaric flamethrowers.

Executives at major US defense corporations see enormous potential in Ukraine’s defense industry and believe relatively modest investments in technology and industrial plant could reap significant payoffs. Unfortunately, those investments have not been forthcoming for three reasons.

The first is market and supply chain disruption. Ukraine’s primary export market before 2014 was Russia, which is now inaccessible. Moreover, much of Ukraine’s defense-related production prior to the war was integrated into Russia’s own industrial supply chains, which is why the Kremlin literally boxed up and relocated entire factories when its forces invaded eastern Ukraine. This challenge is not insurmountable, however, since re-orienting exports has the potential to open up more lucrative overseas markets and would allow Ukraine to start producing NATO-standard equipment, which should be Kyiv’s long-term strategic goal. Most of Ukraine’s defense industry is also located in the areas controlled by the government.

The second is organizational. Ukraine’s defense industry is lumped together into a giant parastatal company, Ukroboronprom, comprising over 130 separate entities and more than 80,000 employees. In addition to serving as a centralized decision-making umbrella for these constituent entities, Ukroboronprom plays a quasi-regulatory role in approving export licenses and imports of foreign military equipment, despite the fact that other government agencies are formally tasked with these functions. This is not a model that is attractive to foreign investors.

The third challenge is the most pernicious: a system rife with corruption and lack of transparency. This hurdle requires a systemic approach to reform that essentially gets rid of Ukroboronprom in its current form. No major Western defense company will take the risk of investing in Ukraine so long as the system is opaque and property rights are not adequately guaranteed.

So how can the system be reformed? Start by creating a genuinely independent supervisory board. Until this happens, no other reforms will succeed in curtailing vested interests. Ukraine has gone through a similar process by appointing a new board to its state-owned natural gas company, Naftogaz, and it must do the same with Ukroboronprom.

The easiest way to establish an independent board is to pass a new law to create a nominating committee that is free from political influence. This committee could include representatives from the countries on Ukraine’s Defense Reform Advisory Board—the United States, the United Kingdom, Lithuania, Canada, Germany, and Poland—as well as the Ministers of Defense, Interior, Finance, and Economic Development, the Deputy Prime Minister for Euro-Atlantic Integration, and the Chairman of the National Security and Defense Council. This group would then choose independent board members based on their professional qualifications.

With an independent board in place, Ukroboronprom should carry out an audit conducted by a reputable Western firm with an eye to restructuring and eventually dismantling the conglomerate. The restructuring process would involve the “corporatization” of clusters of enterprises within sectors where natural synergies exist—such as in aviation, shipbuilding, or precision-guided munitions—and divesting non-core assets. Because the entities that make up Ukroboronprom are not currently operating in a competitive marketplace, privatizing them immediately before restructuring is completed and new management is brought on board would likely lead to huge losses in the defense sector.

Once the more than 130 companies that make up Ukroboronprom are restructured and spun off into independent and competitive businesses, Ukroboronprom should be dismantled. The new corporations could initially remain state-owned because their valuations would likely be quite low at the start. Over time, however, with the injection of foreign investment and Western-style corporate governance reforms, some could be groomed for privatization while others would remain under state ownership for national security reasons. Meanwhile, the regulatory function of adjudicating export controls and import licenses would become the sole responsibility of the appropriate government agencies. Defense procurement would also be handled by the relevant ministries (e.g. Defense or Interior), and secret sole-source contracts would be phased out with e-procurement as the norm.

All of this is possible and could be executed with the support of Western governments and private-sector advisers. When I served at the Pentagon, there was great interest in helping Ukraine transform its defense industry into a major global competitor. That goodwill still exists. But the choice then, as now, is for Ukraine’s political leadership to make.

Michael Carpenter is senior director of the Biden Center for Diplomacy and Global Engagement at the University of Pennsylvania and a nonresident senior fellow at the Atlantic Council. Carpenter is a former deputy assistant secretary of defense with responsibility for Russia, Ukraine, Eurasia, the Balkans, and Conventional Arms Control. He tweets @mikercarpenter.