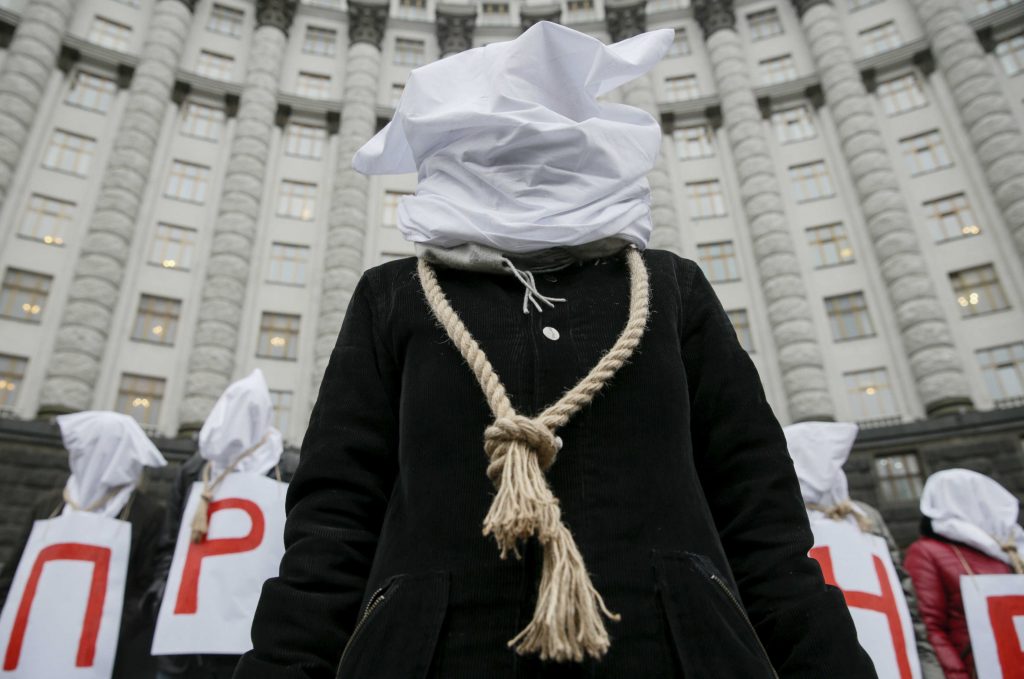 The aftermath of revolutions is always disappointing. Expectations of immediate transformation come up against intractable reality and a deep and debilitating disappointment usually sets in among much of the population. But not among radicals, who typically demand a thoroughgoing renewal of the elites deemed responsible for “betraying” the cause. In France, which set the pattern for many subsequent revolutions, the Jacobins under Maximilien Robespierre called for a republic of virtue to be brought about by terror.

Post-Maidan Ukraine has yet to acquire the dangerous “fever” described by Crane Brinton in his Anatomy of Revolution, but some signs are already pointing in that direction. Increasingly, Ukrainians decry their government as illegitimate. Many hope for a third Maidan that will violently settle scores. They obsessively uncover every infraction policymakers commit. Not surprisingly, after twenty-five years of corrupt rule, Ukrainians want their rulers to be saints.

Many a Ukrainian blogger could have written Robespierre’s terrifying words:

Now, what is the fundamental principle of the democratic or popular government—that is, the essential spring which makes it move? It is virtue….

[W]hen, by prodigious efforts of courage and reason, a people breaks the chains of despotism to make them into trophies of liberty … then if it does not climb rapidly to the summit of its destinies, this can only be the fault of those who govern it….

[N]ow in this situation, the first maxim of your policy ought to be to lead the people by reason and the people’s enemies by terror.

If the spring of popular government in time of peace is virtue, the springs of popular government in revolution are at once virtue and terror: virtue, without which terror is fatal; terror, without which virtue is powerless. Terror is nothing other than justice, prompt, severe, inflexible; it is therefore an emanation of virtue; it is not so much a special principle as it is a consequence of the general principle of democracy applied to our country’s most urgent needs.

But, as former President Leonid Kravchuk used to say, “We’ve got what we’ve got.” Ukraine’s existing elites won’t get better if Ukrainian civil society, the media, and the West insist they are irremediably corrupt and need to depart the scene. Sure they are, and sure they should, but, before Ukrainians cry, “Off with their heads!”, which saints will replace them?

Robespierre’s Jacobin followers in today’s Ukraine are dead wrong about virtue. It’s not, and never has been, a precondition of systemic change. If it were, we’d all still be living in caves. But if sinful men and women slowly, patiently, imperfectly, and agonizingly change institutions, systems will change and virtuous behavior can result.

Virtue, like successful change, is the product of hard work—not of guillotines.

Image: Activists with bags on their heads and ropes around their necks demand an increase in state funding for the treatment of seriously ill people in front of a government building in Kyiv, Ukraine, December 23, 2015. REUTERS/Valentyn Ogirenko