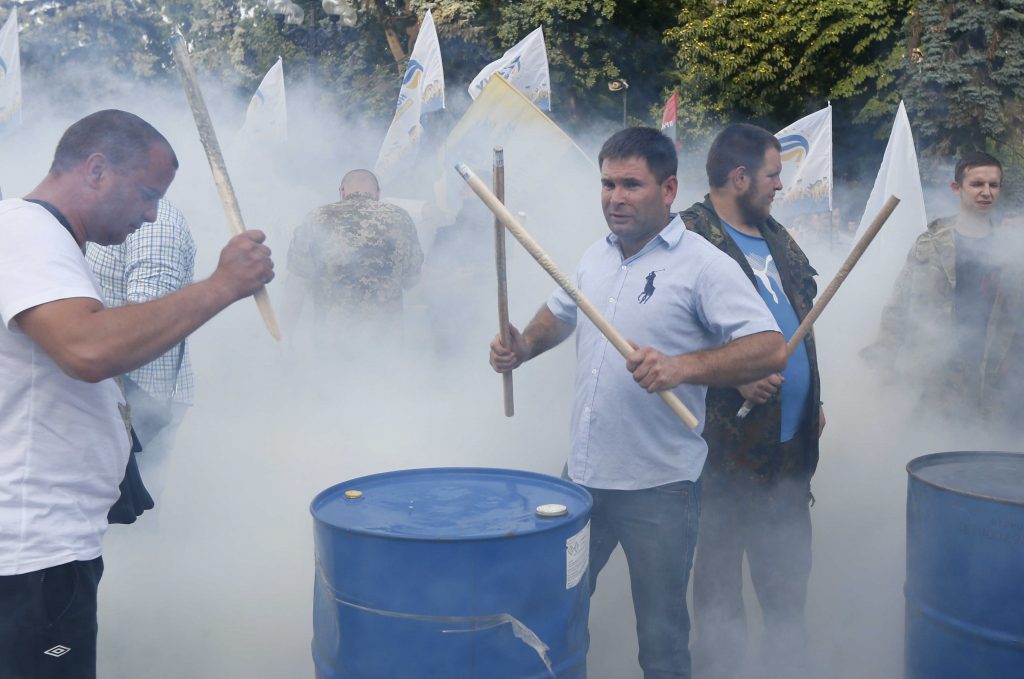 The last week of February was a great one for corrupt officials in Ukraine. They finally got off scot-free. Ukraine’s Constitutional Court (CCU) eliminated criminal liability for illicit enrichment. This decision is a major step back in Ukraine’s struggle to fight high-level corruption. (Incidentally, the US Ambassador to Ukraine agrees with this assessment.) And the timing is not accidental either.

On February 26, the Constitutional Court declared the provision on illegal enrichment, or Article 368-2 of the Criminal Code, unconstitutional. Under Article 368-2, public officials whose assets and expenses clearly exceeded their official incomes could face up to ten years in jail, a three-year ban from office, and asset seizure. Introduced after the Revolution of Dignity in 2015 as part of the anti-corruption legal framework, the article was linked to the introduction of the e-declaration system, which required all public officials to register their assets online annually, and the creation of the National Anti-corruption Bureau of Ukraine, which is the law enforcement body authorized to investigate high-level corruption based in part on the information provided in the e-declarations.

Since 2015, NABU had opened sixty-five investigations and had a few cases against top officials pending before the courts. Those who cannot explain the origins of their assets while in office include MPs, ministers, heads of executive bodies, judges, and prosecutors. Many of the names won’t be familiar to Western readers, but this short sample gives one a flavor of the cases:

These cases and several dozen others will now be closed, and this decision cannot be appealed. Moreover, the court’s judgement renders the e-declaration system meaningless; officials who stole in the past got away with it.

Furthermore, even if a new law passes (Poroshenko introduced one that has been criticized by anti-corruption organizations), these cases cannot be reopened. Three years of NABU’s work went up in smoke, just like the three years we spent fighting for an effective e-declaration system.

What is even more important is that this irreversible damage to Ukraine’s anticorruption struggle is neither accidental nor untimely.

Activists have known that “old Ukraine,” as former US Ambassador Geoff Pyatt termed it, would try to overturn criminal liability for illegal enrichment until they succeeded. This was not the first attempt. In December 2017, 59 MPs asked the Constitutional Court to rule the provision on illicit enrichment unconstitutional. Subsequently, they made several attempts to water it down in parliament. For instance, in January 2018, four MPs submitted a draft law that would kill it. Only a public outcry saved the day. The bill was rejected. Six months later, another bill appeared in parliament aimed at weakening it. This time the draft suggested that criminal proceedings for illegal enrichment of law enforcement should only be based on the conclusions of the National Agency on Prevention of Corruption (NAPC), which is an outrageous suggestion. NAPC has failed spectacularly and needs to be rebooted. These attempts show the Rada’s strong intent to get rid of illicit enrichment, and are an effective counterargument to those who say that Ukraine’s anti-corruption laws and infrastructure completely failed. If they failed, why has the illegal enrichment provision been savaged continually?

The timing for this decision is also not accidental. The CCU’s decision to cancel illicit enrichment a few weeks prior to the presidential election should be understood for what it is. Poroshenko polls second or third, depending on the poll, and a recent scandal may hurt him even further. Getting rid of this annoying law is the way to protect himself (if he loses the elections) and his closest allies. The decision may impact the parliamentary elections as well: every third criminal proceeding of possible illegal enrichment or declaration of inaccurate information concerns current MPs. Had they been convicted they would have been banned from holding office for three years. That obstacle has been removed.

The court’s decision demonstrates how the private interests of the political elite trump national and international security issues. Corruption still remains one of the greatest threats and long-lasting tools used against Ukraine in the hybrid war with Russia. We don’t do Ukraine or its 44 million people any favors by sugarcoating this reality.

Oleksandra (Sasha) Drik is head of the Declarations Under Control NGO and a 2019 James Denton Transatlantic Fellow at the Center for European Policy Analysis.

Editor’s note: UkraineAlert will feature another opinion on the Constititonal Court’s decision later in the week.

Image: Activists demand to deprive several Ukrainian lawmakers, suspected of corruption by the General Prosecutor's Office, of parliamentary immunity during a rally near the building of Parliament in Kyiv, Ukraine July 11, 2017. REUTERS/Valentyn Ogirenko