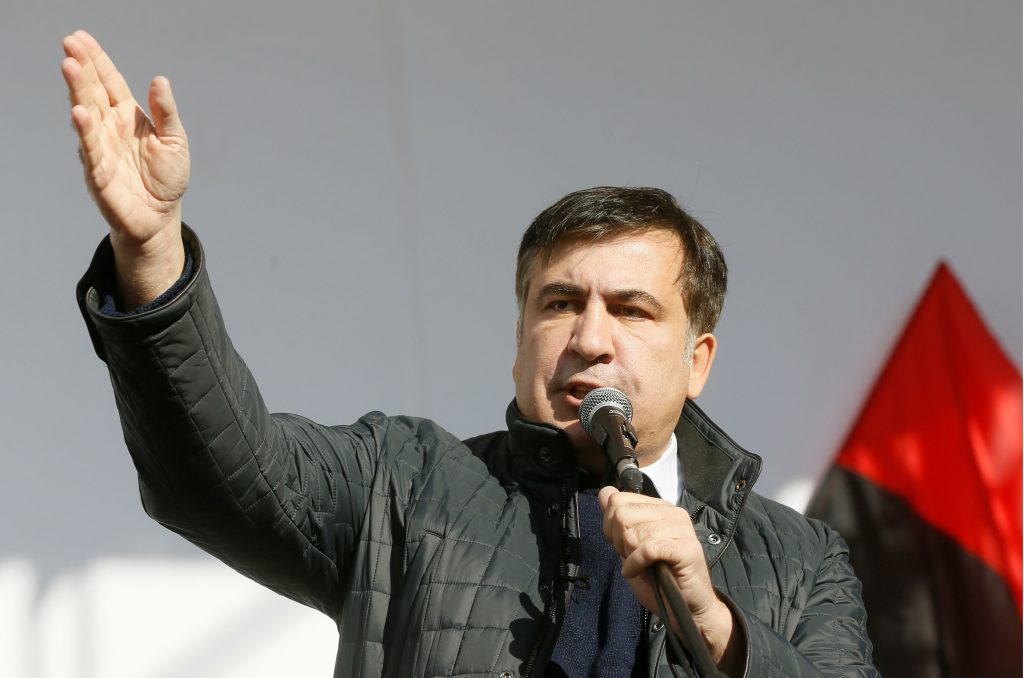 A week of protests on behalf of needed reforms in Ukraine have rapidly fizzled having made limited headway in pressing for legislative action while discrediting a segment of liberal reformers with its populist rhetoric and aggressive tactics.

The protest outside parliament, which some organizers had expected would bring at least 10,000 to the streets, peaked on October 17 at around four thousand.

By October 20, the fourth day of mass action, the ranks had fallen to a few hundred, and the tent city they had constructed was largely empty, with almost as many tents as protestors. On October 22, crowds gathered again, peaking at 1,500, around a third of those who had come out at the onset of protests; on October 23, a small band of protestors remained in the tent city around the parliament.

The demonstrators had three demands: lifting parliamentary immunity, changing the electoral system to an open-party list, and creating a National Anticorruption Court.

But these demands were lost amid the insurrectionist tenor of the protests, including some acts of violence by some in the crowd. The creation of a gauntlet of shame for the degradation of one pro-government parliamentary leader and the pelting of another with eggs further detracted from the message.

Mustafa Nayyem, an opposition parliamentarian and protest organizer, readily admitted that the police had acted professionally and with restraint. But the same could not be said for part of the crowd, which stole scores of police shields and engaged in occasional fistfights with the authorities.

Mikheil Saakashvili, the public face of the protest resembled more a rabble rouser than the respected former president of a country, as he shouted demands to ”throw the goat out” in calling for a movement to force President Petro Poroshenko from office. Saakashvili, who fell out with Poroshenko and later was stripped of his Ukrainian citizenship in the summer, broke through Ukraine’s border in mid-September surrounded by bodyguards and supporters.

These days, he is accompanied by a cohort of “toughs” who some say are his former Georgian bodyguards while others are said to be former Georgian volunteers in Ukraine’s war in the east. His entourage notwithstanding, Saakashvili emerged as a major liability for the well-intentioned protest.

No less worrying, was the presence of the “Donbas Battalion” at the protests. This splinter from the original armed formation that bravely fought against the Russian invasion of eastern Ukraine in early 2014, is led by the erratic former convict Semen Semenchenko, and it has behaved like a paramilitary group. It engaged in an armed direct action blockade of trade routes between Ukraine and the Russian-occupied areas of the Donbas last spring.

Others included the far-right Svoboda party and the ultranationalist National Corps, a political outgrowth of the Azov battalion, and the pro-reform coalition of reformist NGOs and conservative and liberal politicians of a European stripe.

No less damaging was the stance adopted by several deputies who have a strong reputation in the United States and Europe. MP Sergii Leshchenko appeared to be carried away by a desire for vengeance and partisan political advantage. Once a careful chronicler of graft based on detailed investigative journalism, Leshchenko today is a politician who makes sweeping charges against Poroshenko and his inner circle, often without specific evidence.

This combination of over-the-top rhetoric and aggressive crowd behavior was bound to create fissures in the odd coalition that had assembled to advance a worthy agenda. It also was fated to create a backlash from respected civil society leaders.

On Facebook, Yevhen Hlibovystky, a leader of the liberal Nestor group of public intellectuals, criticized the aggressive and violent nature of the protests.

Irina Bekeshkina who heads the Democratic Initiatives Foundation condemned the intolerance present at the protests.

Within hours of displays of violence on October 17, Vitaliy Shabunin, a sharp critic of Ukraine’s president and leader of the Anti-Corruption Action Center joined leaders of Chesno, a respected monitor of government, parliament, and politicians, to announce they were dissociating themselves from the gathering.

While the protests rapidly faded, there are a number of lessons that should be drawn from the week’s events.

Importantly, the president and the government majority were pressed into indicating their willingness to speed up the legislative process that had long been stalled on the three items protestors had raised.

Moreover, the president and his ruling majority cannot be complacent in furthering reforms. While the protests were weak, they reflect a deep dissatisfaction in society over the failure to prosecute and convict wrongdoers guilty of corruption at the highest levels as well as with impunity for former members of the Yanukovych regime.

Perhaps most importantly, the protests exposed a series of mistakes by reform advocates, NGOs, and politicians.

First, is the reformers’ alliance with Mikheil Saakashvili, who seems hell-bent on provoking confrontation with the authorities as he seeks personal revenge against Poroshenko. Liberal politicians like Nayyem and Leshchenko cannot escape scrutiny for their flirtation with Saakashvili and their adoption of his rhetoric and political style.

Second, there is the reputation risk for the Samopomich party for its association with Semenchenko, who heads what is a de facto paramilitary group, although Semenchenko was clear to state that he didn’t represent the party but a split-off movement. A conservative European party such as Samopomich cannot mar its reputation for professionalism and probity with firebrand rhetoric and sometime-armed bands that violate Ukrainian law. Its tolerance for Semenchenko’s tactics is in sharp contrast with its strict discipline on the voting of its parliamentarians, several of whom including the respected MP Hanna Hopko, who heads the Rada’s Foreign Affairs Committttee, have been expelled from the faction for voting against the party’s position on legislation related to the occupied Donbas.

The basic point is this: tactics appropriate to mobilizing against an authoritarian government which shoots and violently beats protestors must differ fundamentally from those in the case of a slow moving, but largely reformist parliament and government, which in the last months has passed a sweeping educational reform, reformed pensions in line with recommendations from international financial institutions, and voted in progressive health care reform.

This is the main lesson one hopes will be taken by activists and politicians who should be the bedrock of much-needed centrist liberal and conservative forces. Failure to do so will sow chaos, weaken Ukraine’s path to reform, and erode its national cohesiveness at a time when the country is partly under Russian occupation with the threat of aggression, terrorism, and externally-funded subversion ever-looming.

Adrian Karatnycky is a senior fellow at the Atlantic Council and co-director of its Ukraine in Europe Program.