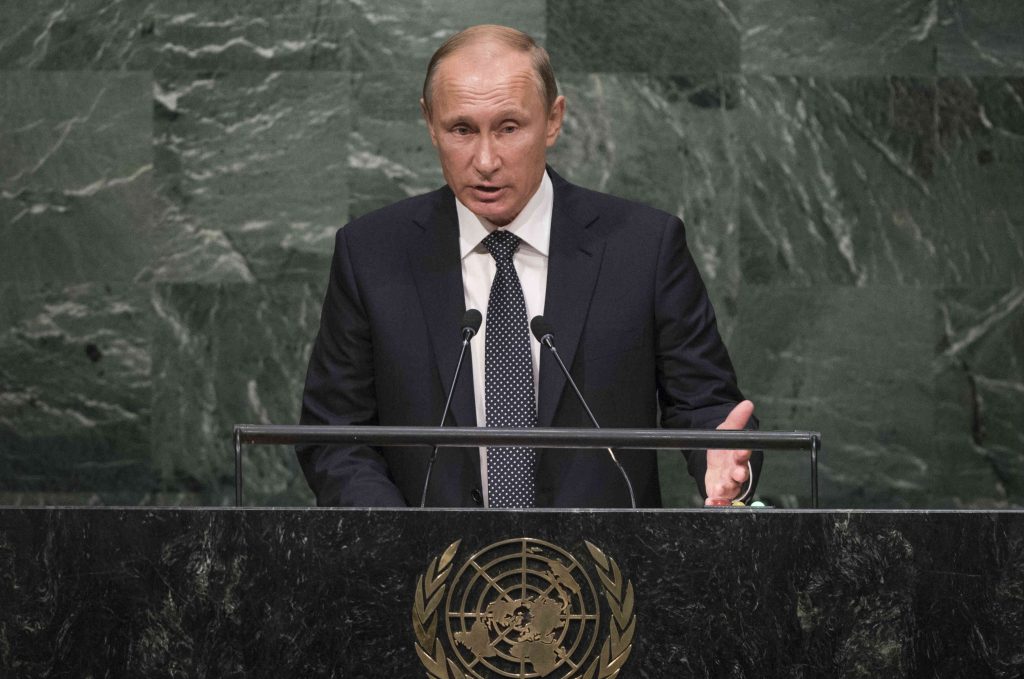 For fifteen years, Gleb Pavlovsky worked as an adviser to Russian Presidents Boris Yeltsin, Vladimir Putin, and the one-term Dmitry Medvedev. He was one of the chief architects behind the “power vertical” concept— the need for a strong leader in order to create stability. Freedom and democracy were supposed to “come later.” Unfortunately for Pavlovsky, the exact opposite happened. After writing several articles on why Medvedev should run against then-Prime Minister Putin in the 2012 presidential election, he got fired. Today he says he is happy he was kicked out in time before the regime descended further into authoritarianism —and instead offers an interesting insight in how the Russian regime operates.

After Putin seized Crimea, many Westerners saw him as a brilliant strategist. Pavlovsky disagrees; instead he claims the Kremlin doesn’t really have a strategy. The regime jumps from crisis to crisis in a constant state of improvisation. Putin is not the key; it’s the system itself. A crisis is necessary for the regime to be able to present itself as a savior.

This is the way to understand the invasion of Ukraine. A free, democratic Ukraine in the European Union is of course no threat to Russia, if by “Russia” one means the Russian people. But when the Maidan revolt ousted the Kremlin’s stooge, former President Viktor Yanukovych, Moscow suddenly had a chance to claim that Russians were under attack. After his occupation of Crimea—and despite the resulting sanctions that devastated the economy—Putin’s approval ratings rose from 60 to around 80 percent.

This is a short-term tactic, however. Since the planned conquest of “Novorossiya” doesn’t seem to be going anywhere, Putin needs a new crisis. It’s no secret that Russia has been supporting Syrian President Bashar al-Assad from the beginning of Syria’s civil war and now it seems Moscow is stepping up its military presence there.

But it’s not only the Russian military that seems to be shifting its focus. Two of Russia’s most prominent war correspondents are now reporting from Damascus rather than Donetsk. Semyon Pegov of LifeNews has a new series, “The Syrian Front,” and Rossiya’s Yevgeny Poddubny has moved his “War” program to Syria. Both of these TV channels are under Kremlin control. Even the weekly show of Putin’s chief propagandist, Dmitry Kiselyov, hardly mentions Ukraine anymore.

Of course, it’s not necessarily all improvisation. The Middle East is not far from the Caucasus. Should the Islamic State get a foothold there, that would—unlike Ukraine joining the European Union—be a serious security concern for Russia. Moscow wants to be seen as a reliable ally and thwart any US efforts in Syria. Russia’s position, that Syria is a sovereign state with the right to handle its own affairs, doesn’t really make any sense. How can it be Assad’s sovereign right to kill, maim, and torture thousands of people if it’s unacceptable for Ukraine to sign an Association Agreement with the EU?

Being consistent isn’t really the point here, though. By claiming he is joining the fight against ISIS, Putin could transform himself from villain to hero. Never mind the fact that Assad has killed far more Syrians than ISIS has. They are in many ways, the perfect enemy if Putin wants to improve his standing in the world, especially in the West.

The Russian leader is playing a dangerous game with the lives of both Ukrainians and Syrians. He will now try to “freeze” the Ukrainian conflict in order to concentrate on Syria. Already there are reports of Russia sending fewer soldiers and more bureaucrats to the Donbas in order to concentrate on administration. However, what’s likely to happen is that Putin will be stuck with two wars instead of one. Unfortunately for him, he can’t really pull out of Ukraine without losing face, and that could have dire consequences for his legitimacy.

In an excellent article, Russia scholar Karen Dawisha points to signs of a rift within the Putin kleptocracy. For Russia’s elites, the main concern is staying in power, otherwise they risk losing everything. Starting wars is fine as long as it diverts people’s attention from the corruption at home. But reports of Russian soldiers saying they “don’t want to die in Syria” have already circulated in Russian media, so this new crisis has many risks. Pavlovsky compared the system to a jazz orchestra’s constant improvisation. The question is, how many have to die before the band finally stops playing?

Image: Russian President Vladimir Putin addressed the UN General Assembly on September 28. He called it “an enormous mistake” to refuse to cooperate with the Syrian government and its armed forces. Credit: UN Photo/Cia Pak