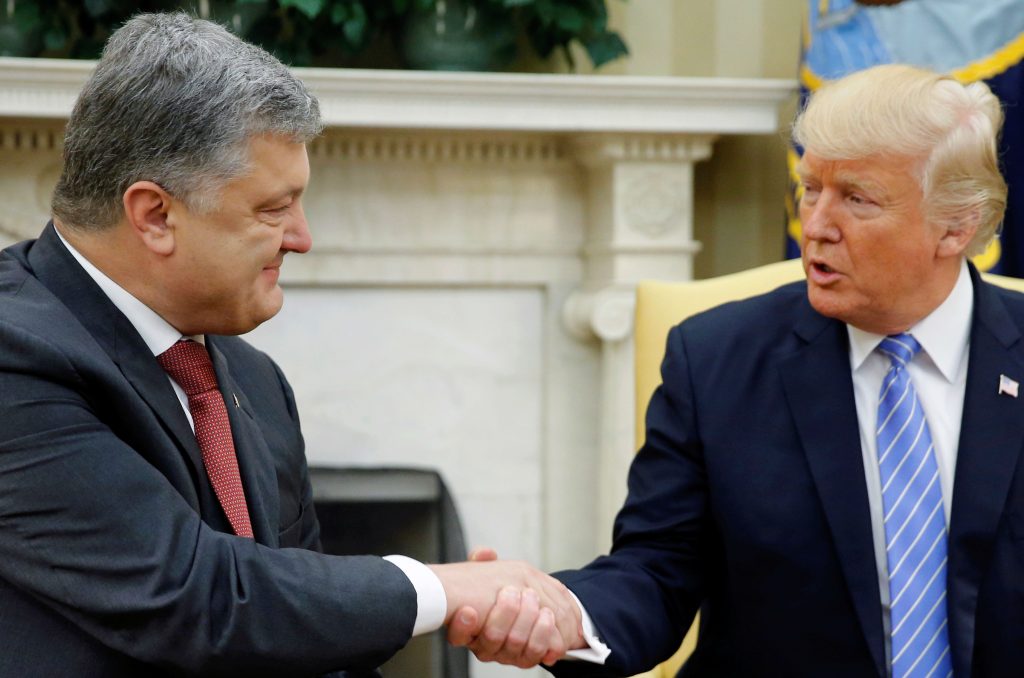 There’s a real possibility that the United States will finally send lethal defensive weapons to Ukraine. The country has been fighting a defensive war in its east for nearly four years, after Russia seized Crimea and Russian-backed separatists invaded eastern Ukraine in 2014. Many experts have argued that better weapons would change the tactical imbalance between Kyiv and Moscow. President Barack Obama resisted the idea, fearing that it would only escalate the conflict. Now the National Security Council has approved a $47 million grant package that would send anti-tank Javelin systems, counter-battery radar, and counter-mortar weapons to Ukraine and forwarded its opinion to President Donald Trump for consideration. This is the latest step in a process that reflects the approval of the State Department, Pentagon, and Congress. Most news reports left out an important fact: this decision almost certainly took the views of US Ambassador Kurt Volker into consideration based on his recent negotiations with Russia; Volker previously revealed that the United States was considering sending such weapons to Kyiv.

Although Trump reportedly desires that Ukraine pay at least in part for these weapons, Congress has authorized him to transfer these designated defensive weapons to Ukraine if he so chooses. This means that the full institutional weight of the US government, with the exception of the president, recommends the transfer of these weapons to Kyiv. Government experts have considered the best arguments against these shipments, including corruption in Ukraine’s Ministry of Defense and the fact that Russia could neutralize any benefit by raising the stakes, and found them wanting. Virtually every US government agency has rebuffed the myth of escalation dominance. Moscow might be inclined to escalate in return for arms transfers to Ukraine, but the costs would be staggering for Russia. Putin knows that escalation means many more Russian casualties that could not be concealed from the Russian public and would invariably lead to even more crippling sanctions. Russian escalation in Ukraine would likely intensify and accelerate NATO’s own ongoing rearmament and forward deployments in the Baltic and Black Sea areas and accelerate arms transfers to Ukraine.

Another factor making the transfer of these weapons more likely is the fact that the administration pledged to sell Javelin anti-tank missiles to Georgia, which is also menaced by Russia. This sale not only challenges Russia in the Caucasus, it also removes another obstacle to transferring weapons to Ukraine, because Georgia is at peace which is assuredly not the case in Ukraine.

Arming Ukraine will also change the battlefield dynamics. It will be harder for Russia to launch artillery barrages and tank probes without suffering higher costs, and it will likely limit Moscow’s ability to launch daily or nightly attacks upon Ukraine’s forces, all of which limits Russia’s ability to escalate. These weapons are also a testament to the dramatic improvement in the quality and morale of Ukraine’s fighting forces since 2014 and will further improve their technical proficiency and the country’s overall morale. They have a significant political dimension; they will make it harder for Moscow to threaten Ukraine by other mechanisms, including terror, propaganda, information warfare, and corruption. And they will also stiffen European and NATO resistance to Russia as well. Thus arming Ukraine possess a significance that far transcends simply redressing the tactical imbalance between Moscow and Kyiv.

I have long supported weapon transfers to Ukraine because it is a victim of naked aggression and is fighting bravely for its life notwithstanding numerous domestic obstacles. Moreover, the Ukrainian front is the frontline of Putin’s war against the West, as expressed in Russia’s unrelenting information attacks and efforts to corrupt not only European but North American and potentially South American governments as well. Indeed, analysts now fear Moscow might intervene in Mexico’s elections in 2018. Ukraine is fighting our fight against a common aggressor and showing our understanding of this situation by finally giving it the weapons to defend itself makes eminent sense.

Stephen Blank is a Senior Fellow at the American Foreign Policy Council. He is the author of numerous foreign policy-related articles, white papers and monographs, specifically focused on the geopolitics and geostrategy of the former Soviet Union, Russia, and Eurasia. He is a former MacArthur Fellow at the US Army War College.