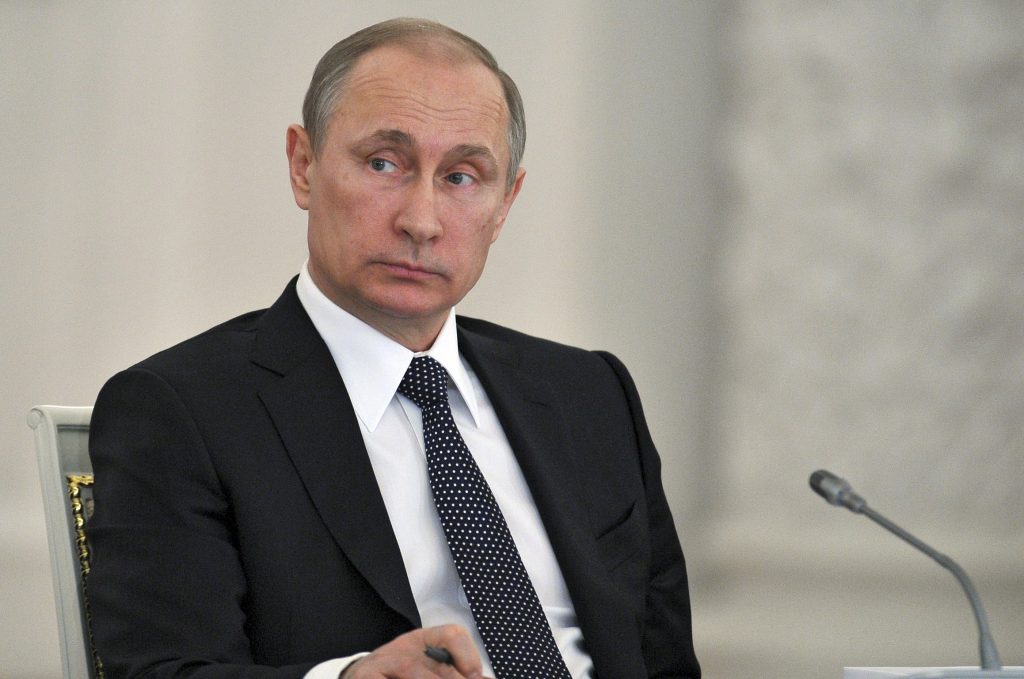 Former Putin advisor says they will not, advocates stronger response

Western sanctions on Russia are not working and a proposal to provide defensive weapons to Ukrainian security forces will not deter the Kremlin’s war in Ukraine, according to Andrei Illarionov, a former advisor to Russian President Vladimir Putin.

“For those few people who are there [on the sanctions list], yes, it is rather painful,” but otherwise sanctions are “barely seen” in Russia, Illarionov said at the Atlantic Council on April 7.

The United States and the 28-member European Union imposed economic sanctions against Russian officials and companies after Moscow’s annexation of Crimea in March of 2014 and its aggression in eastern Ukraine.

The Kremlin’s response to Western actions has been “don’t touch Crimea, don’t send weapons to Ukraine, and the Baltics are ours as well,” said Illarionov.

Arming Ukrainian troops “is not something that can stop” Russia’s actions in Ukraine, said Illarionov, a Senior Fellow at the Center for Global Liberty and Prosperity at the Cato Institute.

“It is not yet a serious response… and it reflects the underestimation or misunderstanding of what’s going on,” he said of the West’s response to Russia’s annexation of Crimea last year and continuing support for separatists in eastern Ukraine.

The Atlantic Council, Brookings Institution, and the Chicago Council on Global Affairs recently produced a report calling on the Obama administration to provide Ukraine with defensive weapons and $3 billion in military aid over three years to counter Russia’s invasion of the country and deter further Russian aggression in Eastern Europe.

Russia’s military expenditure jumped significantly around the time of the annexation of Crimea and again in January of this year, said Illarionov.

Illarionov said the West must take three steps to counter Putin: first, the West must understand what’s going on, “which is clearly lacking here”; secondly, it must develop a “real strategy” as opposed to a reactionary one to levy sanctions; and finally, it should build political will.

He said that while Ukraine has borne the brunt of Russia’s actions, it is the West that is Putin’s main target.

“Ukraine just happened to be here,” he said.

Illarionov said Putin has been planning his war on Ukraine for more than a decade spurred on by Ukraine’s shift toward the European Union in 1991.

Over the years, Putin has spoken and acted in ways that have left little doubt that he sees Ukraine as part of Russia. One such example was the Russian leader’s remarks to President George W. Bush in Bucharest in April of 2008 claiming Russian rights over Ukrainian territory.

But it was German Chancellor Angela Merkel’s decision in 2013 to try and remove obstacles to Ukraine’s association with the European Union that set off alarm bells in the Kremlin, Putin’s former advisor said.

“In June 2013, the whole military machine started to work and on July 5, 2013, the decision to launch a really big campaign against Ukraine” was made, he added.

Following almost a year of conflict, Russia and Ukraine agreed to the so-called Minsk II ceasefire in February. The previous Minsk agreement collapsed within days of its September 5, 2014, signing.

Retired Gen. Wesley Clark, a former NATO Supreme Allied Commander, said at the Atlantic Council in March that a Russian-backed offensive in Ukraine is “imminent” and could happen before Victory in Europe Day on May 8.

Illarionov said the present situation between Russia and the West is worse than the Cold War because the United States is reluctant to act, Europe is militarily weak, and the Western alliance is divided. He also cited the threat of nuclear blackmail by Russia as “particularly worrisome.” In a recent documentary broadcast on state television, Putin even admitted that he considered putting the country’s Strategic Nuclear Forces on high alert for the first time since the end of the Cold War during the Crimean operation.

Putin is playing a “big game” aimed at forcing his opponents to negotiate and if they don’t the “stakes on the ground might be raised in Ukraine, in Georgia, in Moldova, in Belarus, in the Baltics,”Illarionov said in response to a question from John E. Herbst, Director of the Atlantic Council’s Dinu Patriciu Eurasia Center, who moderated the discussion and wanted to know what would be Putin’s next target.

The Kremlin, meanwhile, has concealed the losses suffered by its troops in Ukraine in its attempt to keep a lid on public dissent and cover up its involvement in the war. Dead Russian soldiers have been buried in unmarked graves.

Yet it is unlikely that the Russian people will rise up any time soon.

The Russian people have been subjected by Russian authorities to a psychological disinformation campaign the likes of which have never been seen before, said Illarionov.