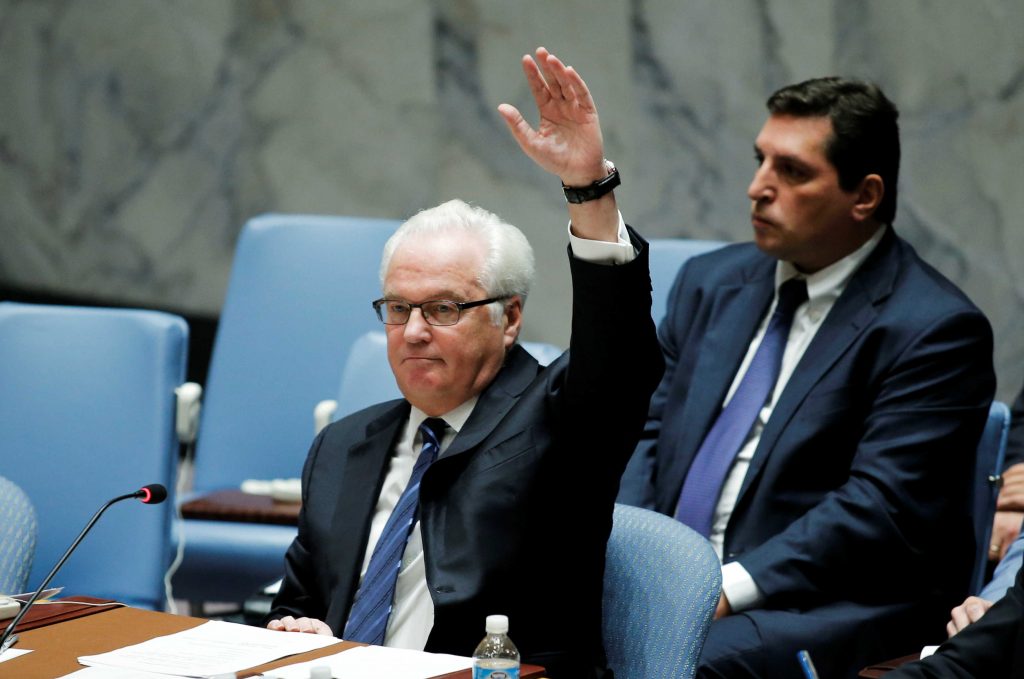 German Chancellor Angela Merkel suggested that the Normandy Four—leaders from France, Germany, Russia, and Ukraine—gather on October 19 to discuss the war in Ukraine.

But this is premature. Nothing will come out of this meeting without a detailed roadmap for a real ceasefire and Russian President Vladimir Putin’s adherence to fully implement the Minsk agreements.

Russia is essentially demanding that Ukraine fully implement Minsk, including the holding of elections in Russian-occupied territory in the Donbas, while meeting a tiny part (at most one percent) of its Minsk obligations. After all, the most basic requirement of Minsk is an end to the shooting, but there has not been one day since the first ceasefire was agreed to over two years ago that there has not been shelling from the Russian-controlled side of the contact line. This is not a genuine offer to secure peace; it’s just a game. The Kremlin must be completely isolated until the shelling in the Donbas stops.

It is high time for the West to understand that Ukraine is not a buffer zone. We are a strategic partner and the restoration of global security is not possible without Ukraine.

Russia has cleverly used international institutions to prevent it from taking real steps to implement Minsk. It influences the decisions of the Organization for Security and Cooperation in Europe and its membership in the Parliamentary Assembly of the Council of Europe is laughable: Russia blatantly disrespects and disregards the organization’s mission. At the UN Security Council, Russia had no problem wielding its veto on the draft resolution on Syria, even when innocent lives are at stake.

We have been given bad advice by some of our European friends. As Ukraine considered amendments to the constitution that would give eastern Ukraine greater decentralization so as to fulfill the Minsk agreements, one European official urged their adoption. “If someone slaps you on the cheek, turn the other cheek. This is a Christian value,” he told me. But this isn’t a theological discussion. The Europeans understand that Russia invaded Ukraine, but still they require the victims to take the initiative to resolve the conflict, which was triggered by Russian aggression.

The situation that we are in—a hybrid peace—will bring more losses than the hybrid war that killed thousands in eastern Ukraine over the almost last three years. After 10,000 deaths, “turning the other cheek” means allowing more body bags and instability in the broader region. Putin will not give up his expansionism easily.

It is time for the world to wake up. The West has pressured Ukraine during the last two years while not making any attempt to force Putin to secure a real ceasefire.

Continental Europe talks a lot about values, but from Kyiv it looks like just that: a lot of talk. The dialogue between Europeans and the aggressor has nothing to do with Christian values. Negotiating with a tyrant using the language of appeasement is pointless. Russia annexed Ukrainian Crimea and then invaded the Donbas, bombed peaceful districts of Aleppo, has built up its military massively, engages in military provocations in the Baltics, and ignores its agreements on peacekeeping and military deterrence. How many times should we turn the other cheek?

We were hopeful that the West’s response might change this fall. Even after the interim report of the Joint Investigation Team on the MH17 tragedy demonstrated that Russia provided the Buk missile that killed 298 innocent people, and even after Russia and Syria’s inhumane attacks on hospitals and civilians in Aleppo, the West’s response was inadequate. France, Germany, and the United States could take actions that would get the Kremlin’s attention. They could suspend Russia from the SWIFT banking system or refuse to buy its oil and energy products. A recent picture at the United Nations was equally depressing: nothing could be done as Russian blocked the French resolution calling for a ceasefire in Syria and the banning of military flights over Aleppo.

The weak and conciliatory reactions of the West deeply concern us, and they concern others in Eastern Europe as well. The sad truth is that the West does not seem to know how to confidently stand up to Putin any more.

Hanna Hopko, a UkraineAlert contributor, is a member of Ukraine’s parliament and chair of its foreign affairs committee.