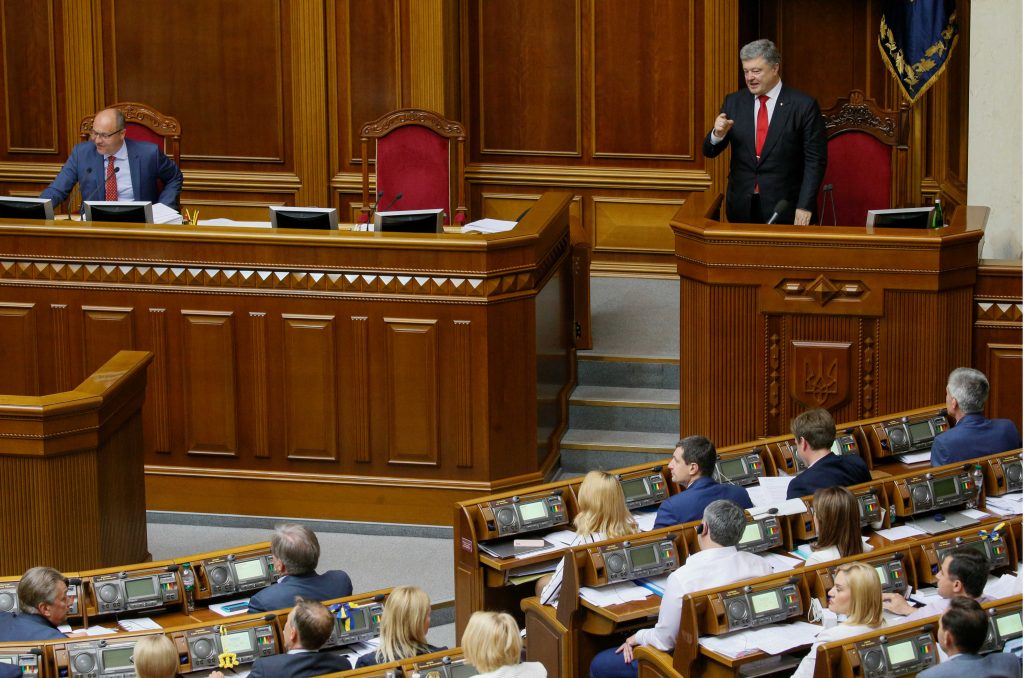 On June 7, Ukraine’s parliament finally adopted a long-awaited law that paves the way for the establishment of an anticorruption court. Members of parliament had only one hour to evaluate the draft before voting, and the final text was released on June 13.

Ukrainians have been waiting for four long years for justice. None of our high-profile crooks are behind bars. Plus, Ukraine needs the next IMF tranche of $2 billion to avoid default, and everything depends on the new law.

Good and bad. High-profile corruption cases will finally be heard by an impartial court, but the authorities did manage to water down the law.

Let’s start with the good. The law stipulates that international experts will play a crucial role in the selection of anticorruption judges, as the Venice Commission and the IMF required. This has been the key issue from start to finish. The presidential White House, known as Bankova, wanted to reduce the number of international experts who can block questionable anticorruption judges, but the IMF, consistent with public opinion, did not back down.

In the end, international experts will be able to disqualify questionable candidates from the competition. Neither the High Qualification Commission of Judges nor any other state body will have the authority to greenlight a candidate who has been banned by the international experts. However, the ranking of uncontested anticorruption judicial candidates remains up to the HQCJ, so its evaluation policies still matter a lot.

Moreover, the appointment of international experts also resides with the HQCJ. These experts are to be nominated by any of the 79 international organizations that do anti-corruption work in Ukraine, which sounds fine, but it will be easy to find loyal experts while ignoring those from Ukraine’s strongest anticorruption partners.

Still, even with these minor pitfalls, such a selection procedure is the best possible achievement for the anticorruption court in the current political environment.

The law also establishes the anticorruption court’s jurisdiction, and this is also more of a success than failure. The court will hear all high-profile corruption cases investigated by the National Anticorruption Bureau as well as other cases in which public officials have been accused of grave corruption. These cases will be non-transferable, unless a panel of anticorruption judges decides otherwise.

But there’s a major loophole not spotted before voting: all current NABU suspects—including Roman Nasirov, the head of the State Fiscal Service, and Mykola Martynenko, a disgraced former politician—won’t have to face trial in the newly established anticorruption court.

This surprise provision emerged in the amendments which were handed out to members of the Rada Committee on Legal Policy and Justice one hour before the final vote. It wasn’t discussed or even mentioned before the final vote by the head of the Committee on Legal Policy and Justice Ruslan Knyazevych, who is a member of the Bloc of Petro Poroshenko. (This amendment ignores a prior agreement with international partners; cases currently considered by the regular courts were supposed to be sent to the appeals chamber of the anticorruption court if they are due after the new court is launched.)

As the vote neared, MPs were legitimately focused on debating the role of international experts, so the appeals clause slipped through.

There’s another trick, too. Last Thursday’s bill does not actually establish the court.

To launch it, the president must initiate its establishment and parliament must pass a second bill. It shall contain only one provision—it establishes the high anticorruption court in Kyiv—and thus cannot generate any discussion. The president promised to submit this draft by the end of this week, and after more than two years of delays, he knows that the public and civil society will be waiting and watching.

With political will, both issues are fixable within the next three weeks before the Rada goes on summer recess. It’s critically important to change the appeals process back to what was originally agreed on with the international community. Also, the president should submit an implementation draft law to set up the court without any further delays.

Passing the anticorruption court law was an important step forward for all Ukrainians, and its passage is primarily a result of public pressure and consensus, and the clear stance of the IMF, the Venice Commission, the United States, and many other international partners. This is yet more proof that the West’s anticorruption policy is spot on.

Anastasia Krasnosilska is the advocacy officer at the Anti-Corruption Action Center in Kyiv, Ukraine.