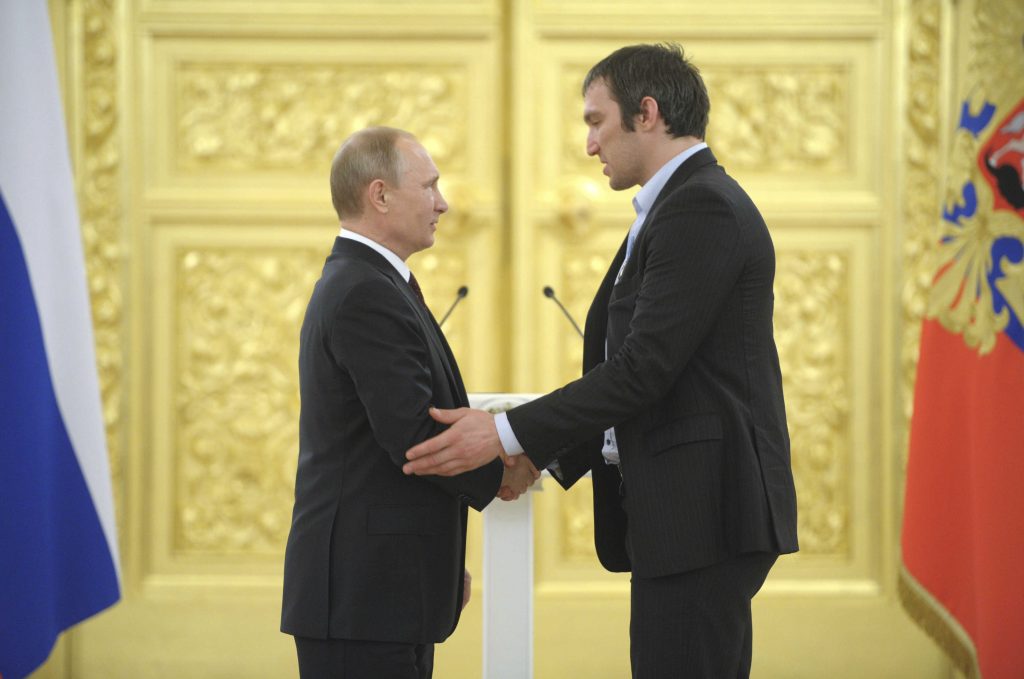 Hockey superstar Alex Ovechkin’s November 2 announcement that he is creating a social movement to support Russian President Vladimir Putin seems to be an ill-considered PR move by the Washington Capitals captain.

In the capital of a country awash in anti-Putin sentiment, Ovechkin is defiantly flaunting his loyalty to a leader who has supported military aggression in Ukraine, is implicated in assassinations of his political enemies, and approved massive subterranean interference in the 2016 US presidential election.

Ovechkin’s action is earning him scorn both among Washington Capitals fans and spectators around the NHL.

One can understand why many Russians who live in an information bubble of Kremlin-manufactured propaganda would support Putin. But Ovechkin has now spent the better part of the last thirteen years living, working, and getting rich in the United States. This means he has access to the truth about his president, and this makes Ovechkin’s views especially deplorable. He knows about the Russian military’s direct engagement in eastern Ukraine, he has been exposed to evidence that it was a Russian military unit that downed Malaysia Airlines Flight 17, killing 298 passengers aboard, and he knows of the vast network of corrupt cronies that surround the Russian president.

Nor does Putin really need his help. How can a person living the United States and in the middle of a challenging hockey season be of domestic help to the Russian president’s March reelection bid?

Ovechkin’s act is far more than a sign of loyalty and obeisance. It is a deliberate US-focused act of Russian state propaganda. Ovechkin’s action is intended to have impact in the United States and draw far more attention here than in Russia, where virtually all celebrities and star athletes support Putin.

This is no accident. All of Russia’s business, cultural, and sports “soft power” can be and often is weaponized on behalf of the state.

Ovechkin has explained his support of Putin as a matter of simple patriotism, telling the Washington Post, “I simply support my country, do you understand? It’s the place where I was born, where my family and friends live. Like anybody, I support my president.”

But there may be a darker reason for Ovechkin’s highly public act. Sports in Russia has always been the purview of the military and the security services.

To this day, the top hockey teams of the Russia-led Kontinental Hockey League either belong to the security services and military or are the bearers of their legacy.

The team with which Ovechkin cut his professional teeth—Moscow Dynamo—was and remains the hockey team of the Ministry of the Interior and the successor of the Soviet KGB. In popular parlance, the team is called Menty, or “Cops.” Ovechkin started his professional career with the club as an impressionable 16-year-old. He played there for three years. And in the 2004-2005 NHL lockout season, Ovechkin returned to Moscow, again to play for Dynamo.

Today, Ovechkin is listed as one of the key figures in the corporate leadership of Dynamo, serving as adviser to General Director Aleksandr Fedorov, a former official of the controversial VTB bank that figures in the Russia-Trump investigation. All of this underscores Ovechkin’s deep and enduring links to the militia and security services, which routinely break up peaceful protest demonstrations and arrest opposition political leaders like Alexei Navalny.

Оne of Ovechkin’s mentors was the now disgraced former Dynamo President Andrei Safronov. Safronov, who was dismissed from his post on charges of financial misconduct, was a close associate of all past ministers of the interior, and was the general manager of the Russian national hockey team until 2015, ensuring longstanding contact and influence over Ovechkin.

As a Russian national, Ovechkin, of course has a right to flaunt and pledge his loyalty to his country’s security services and to Russia’s authoritarian ruler.

But we equally have the right to know that Ovechkin is far more than merely a well-intentioned patriot and sports hero: he has all the markings of a conscious and longstanding servant of the security apparat of an aggressive and repressive Russian state.

Image: Russia's President Vladimir Putin (L) greets captain Alexander Ovechkin as he meets with players, coaches and officials of team Russia, winners of the men's ice hockey World Championship 2014, during an award ceremony at the Kremlin in Moscow, May 27, 2014. REUTERS/Alexei Druzhinin/RIA Novosti/Kremlin