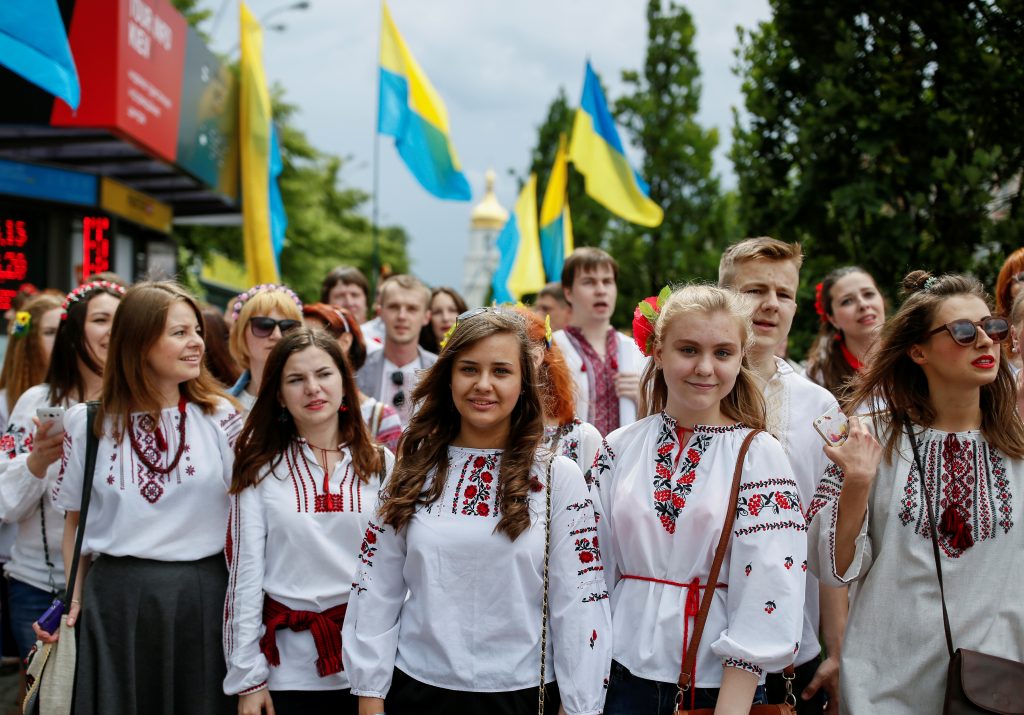 Ukrainians recently celebrated the thirtieth anniversary of the country’s restored independence. Three decades is a considerable length of time, enough for an entire generation to be born and reach adulthood. As we celebrate this landmark, we must also learn the lessons of the past thirty years and explore how to build a better Ukraine in the decades to come. Young Ukrainians have a key role to play in this process.

I was born sixteen years ago in independent Ukraine. While I have spent the past few years studying in the United States, I remain involved in student activism on both sides of the Atlantic. My experience as a student activist in Ukraine and the US has been instructive. I have found that everything in the world of activism is more challenging in Ukraine. Grassroots movements are far scarcer, while people are generally more distrusting of each other and less willing to take responsibility for their communities.

This led me to wonder how Ukraine’s history has helped create these obstacles to greater social engagement, and how they might be overcome. I have come to the conclusion that many of contemporary Ukrainian society’s difficulties with effective self-governance and grassroots mobilization are directly linked to the country’s deeply entrenched postcolonial and totalitarian traumas.

For hundreds of years, Ukraine’s brightest consistently left their homeland, whether by choice or by force, to build careers in the colonial capitals of St. Petersburg, Moscow, Warsaw, or Vienna. While foreign rule prevented Ukraine from developing its own traditions of statehood and national institutions, the steady outflow of talented young Ukrainians robbed the country of its natural elite.

Centuries of colonialism in Ukraine meant that all of the key decisions in the national discourse took place in faraway capitals. As a result of this reality, Ukrainian society had few opportunities to become experienced in genuine self-governance beyond the immediate boundaries of extended families.

In most cases, foreign rule meant that even local administrative bodies tended to prioritize the interests of the colonial power, leading to relationships that were primarily exploitative in nature. In this confrontational environment, Ukrainians grew used to the idea of being in default opposition to the authorities.

Ukraine’s ordeal at the epicenter of the totalitarian twentieth century did much to exacerbate the problems created by the country’s colonial experience. Due to a series of catastrophes including the genocidal artificial famine of the 1930s, the horrors of Nazi occupation during WWII, years of Stalinist Terror, and the massive displacement and resettlement of entire communities by the Soviet authorities, Ukrainians learned to survive by avoiding any interaction with the state. Trust within Ukrainian society plummeted as ordinary people became too fearful to confide on others.

Ukraine’s Soviet experience gave rise to the idea that the government represents the main threat to well-being and security. In turn, this helped to suppress the emergence of any grassroots movements in the country. Ukrainians were forced to learn that “initiative is punishable,” while maintaining a low profile is necessary in order to survive. In this toxic environment, dubious qualities such as mistrust, suspicion, and passivity became essential tools to safeguard personal security. This has had a profoundly negative impact on Ukrainian society that has hampered Ukraine’s nation-building efforts since 1991.

While it is impossible to ignore the reality of Ukraine’s colonial and totalitarian traumas, there is no reason why this painful legacy should continue to prevent the country from reaching its full potential.

The older generation of Ukrainians who reached adulthood during the first thirty years of independence has already done much to help Ukraine heal. However, there is still a tendency to look backwards rather than turning towards the future. This keeps modern Ukrainian society hostage to the country’s troubled past and means that we as a nation are still often overwhelmed by inherited trauma. As Ukraine enters its fourth decade as an independent country, it is time for change.

More than 13 million Ukrainians have been born since the collapse of the Soviet Union. As one of these children of independent Ukraine, I have no desire to focus my energies on issues rooted in the imperial or totalitarian past. Instead, the emerging generation of independent Ukrainians must dream big to build a better Ukraine. We must be ready to take the future of Ukraine in our own hands and decide the country’s direction without any outside interference.

The transition towards an open society shaped by the principles of democracy, multiculturalism, and economic liberalism is already well underway in today’s Ukraine and can no longer realistically be reversed. However, these values have yet to decisively overcome the current corrupt consensus, with its emphasis on passivity and survival that is so deeply rooted in the past. This is the task facing the young generation of Ukrainians, my generation.

It has been said that transformation and modernization in a democracy is like riding a bike. The key is to make sure you keep pedaling constantly. I agree wholeheartedly with this comparison. As young Ukrainians, we must engage in social activism on a daily basis in order to help educate and influence both younger and older generations. This is the most effective way to build the kind of future we want for the country we love.

Sonya Rashkovan is a member of student government in Montgomery County, USA. She is the founder of the PUSH youth NGO in Ukraine.