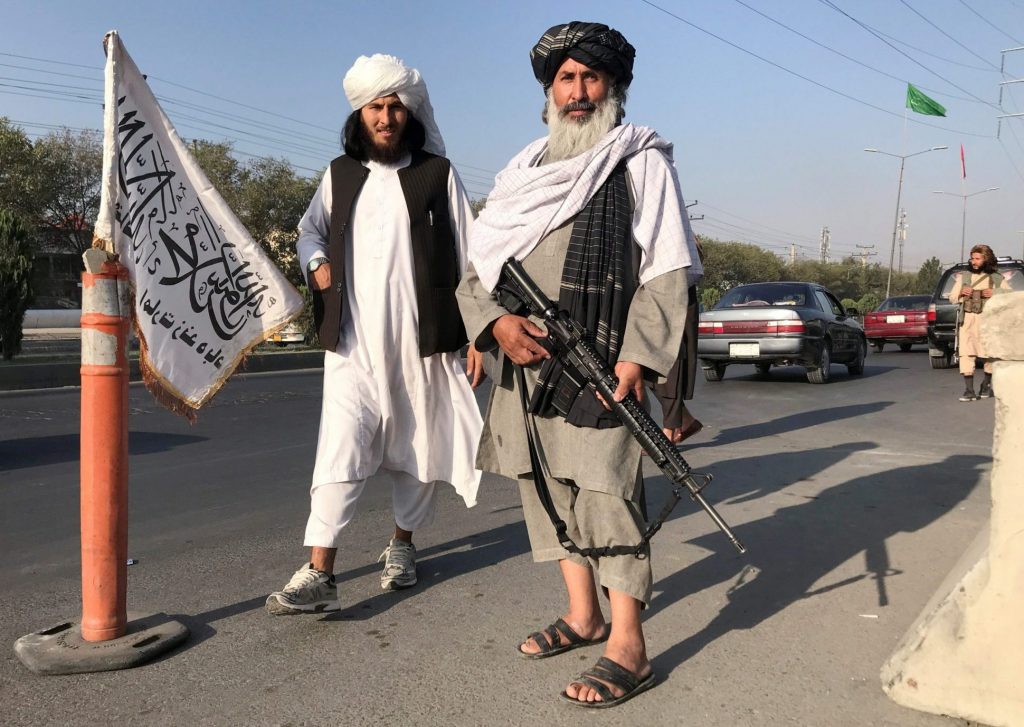 The dramatic recent events in Afghanistan have stunned international audiences and sent shock waves around the globe. Many analysts are now predicting that the collapse of the US-backed Afghan government will have far-reaching geopolitical repercussions for many years to come.

For observers in Ukraine, which looks to the US as a key ally in its undeclared seven-year war with Russia, the Taliban takeover of Afghanistan represents a particularly ominous sight. There has been considerable disquiet in Kyiv over President Biden’s unwavering commitment to the withdrawal of US forces, despite mounting evidence pointing to the catastrophic consequences of this pullout for American prestige and for the people of Afghanistan.

The Washington Post has characterized Biden’s stance on the withdrawal as “defiant and defensive,” accusing the US leader of adopting a “cold-eyed approach to the Afghanistan debacle.” In reality, Biden’s current position is entirely in line with his long-held conviction of the need to withdraw from Afghanistan, which was first articulated during his time as Vice President in the Obama administration.

This reflects Biden’s believe that American support and assistance should never be taken for granted and cannot continue endlessly for countries that prove unwilling or unable to use it properly. The US President has repeatedly stated that every country where America invests its financial, diplomatic, military, and political resources has a limited window in which to justify these investments or face a rethink in US strategy.

In terms of Iraq and Afghanistan, Biden’s thinking seems to have crystallized some time ago. The US leader appears to have decided that both countries had more than enough time and ample opportunity to make proper use of American support and assistance, but did not do so. This has led directly to the current debacle in Kabul.

Amid mounting pressure and scathing criticism over his handling of the Afghan withdrawal, Biden has defended the principles underpinning his decision. “One more year, or five more years, of US military presence would not have made a difference if the Afghan military cannot or will not hold its own country,” Biden commented on August 14 as resurgent Taliban forces prepared to take control of Kabul. “And an endless American presence in the middle of another country’s civil conflict was not acceptable to me.”

The question now being asked by some in Kyiv is whether Biden has a similar end date in mind when it comes to US support and assistance for Ukraine. In Biden’s view, they speculate, is Ukraine still deserving of ongoing US backing, or does the US President believe that Ukraine has already had its chance and has failed to take advantage of it?

There is no evidence to indicate that US patience with Ukraine is currently in danger of running out. Nor are direct comparisons between the very different situations in Afghanistan and Ukraine particularly helpful. Nevertheless, the current optics of the bilateral relationship are far from ideal.

Biden has intimate knowledge of Ukrainian affairs, having spent many years in charge of the Ukraine portfolio within the Obama administration. During this period, he invested considerable amounts of personal energy and political capital into the transformation of the country in the wake of the 2014 Euromaidan Revolution.

Following his return to the White House four years later, Biden now finds himself confronted by often modest progress on many of the key Ukrainian reforms he had previously championed, along with outright backsliding on a number of major anti-corruption initiatives.

It is important to note that Ukraine has made significant advances in a range of spheres such as the reform and modernization of its armed forces and security institutions. Indeed, in some reform areas, Ukraine could be said to have performed comparatively well, especially given the vastly different sums invested in Afghanistan and Ukraine. While this is encouraging, there is no escaping the fact that today’s Ukraine remains some distance from achieving the kind of decisive transformation envisaged by Biden himself and by the country’s American supporters.

Ukrainian alarm over events in Afghanistan has been heightened by the recent US decision to relax sanctions pressure on Russia’s Nord Stream 2 pipeline. This energy infrastructure project has long been viewed as a geopolitical weapon aimed primarily at Ukraine, and had previously met with strong bipartisan opposition in Washington. The situation changed dramatically in late May, when Biden announced a softening in the US position as part of efforts to rebuild ties with Russia’s pipeline partner, Germany. This step caused considerable dismay in Kyiv and raised questions over Ukraine’s current place in America’s foreign policy priorities.

As many in Kyiv have been quick to point out, Ukraine’s relationship with America is far removed from the high levels of dependency that marked the US involvement in Afghanistan. Indeed, few would question the Ukrainian military’s ability to stand alone, if necessary. Even so, the nature of the American withdrawal from Afghanistan has set off alarm bells throughout Ukraine and served as a wake-up call for anyone who still believes that continued Western support can be relied upon indefinitely.

Alyona Getmanchuk is the Director of the New Europe Center. A Ukrainian-language version of this article was originally published by Ukrainska Pravda and is republished here in English-language format by the Atlantic Council with the author’s permission.