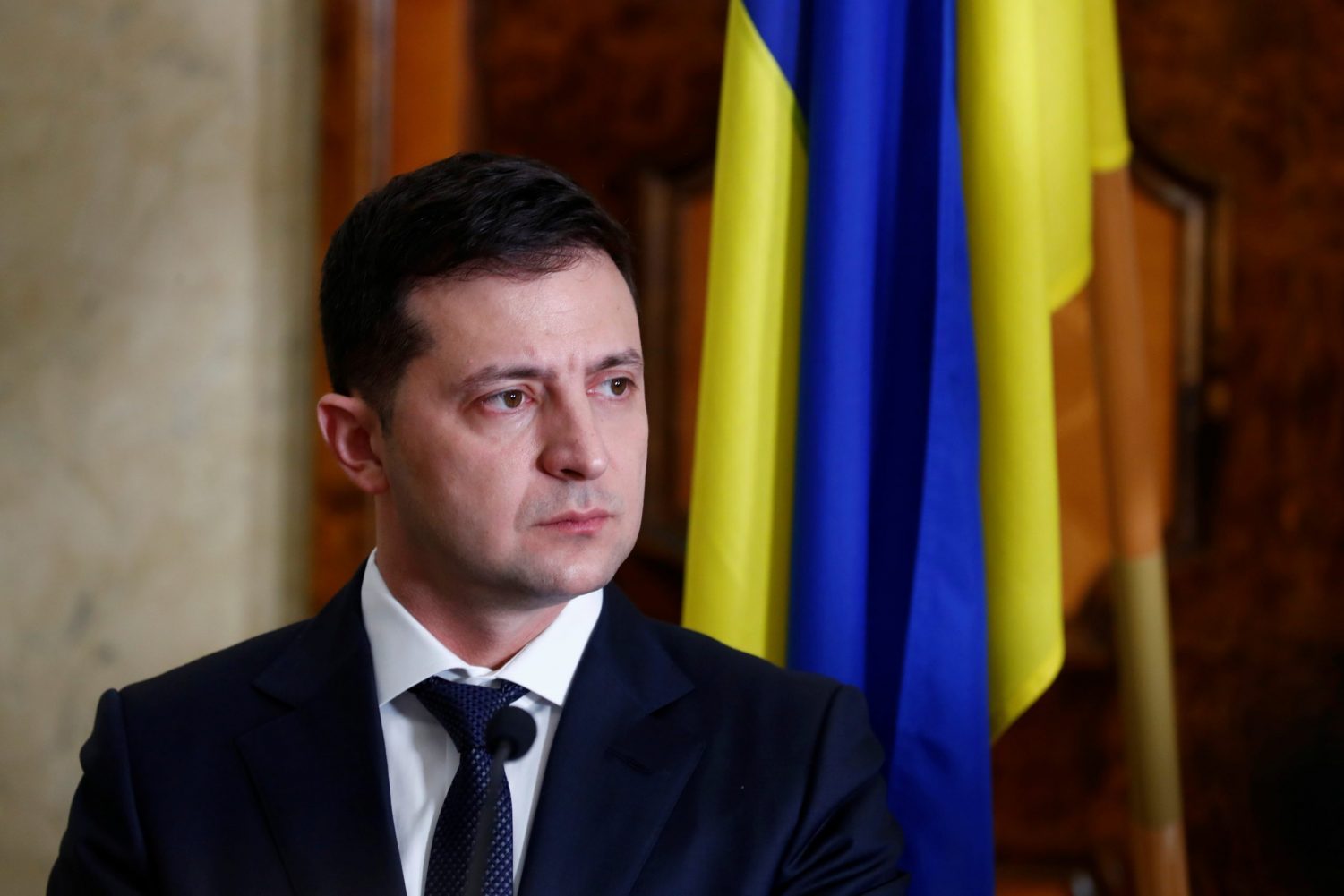 Let me tell you a well-kept secret about Ukraine‘s reforms under President Volodymyr Zelenskyy: They are actually going well!

The key question today is not how to improve these reforms, but how to defend them. So far, the new Ukrainian rulers do not appear to steal, which has long been the Ukrainian curse. It is far more important than anything else that they do not revert to the old Ukrainian norm and start stealing, because then all meaningful reforms will end.

We have been there before.

I worked as an economic advisor to newly-elected Ukrainian president Leonid Kuchma from August 1994. When Kuchma took over the Presidential Administration, many of the old corrupt gang fled abroad, some to Israel, some to Moscow. Initially, it was a wonderful time for reforms. In October 1994, Ukraine concluded its first agreement with the International Monetary Fund. Hyperinflation vanished and inflation fell like a stone. We expected great deregulation and privatization. The situation looked extremely promising.

But then came the shock. In June 1995, Kuchma gave a speech in Uzhgorod in which he called for moderation of reforms. “Moderation” always means the end of reforms. Somehow, the old gang had come back, and they are still around. This includes figures such as Vadim Rabinovich, Viktor Medvedchuk, and Hryhoriy Surkis. Kuchma would later return to a reform agenda in 2000, but that is another story. When a politician calls for moderation, he is effectively saying: I am giving up.

At present, Ukraine looks ready for an economic lift-off, much as it was in 2000. The previous Poroshenko administration carried out the heavy lifting for Zelenskyy to achieve macroeconomic stabilization. Inflation is now down to four percent a year and the National Bank finds itself in a position to swiftly slash interest rates. The Ministry of Finance is keeping the budget deficit under control at around two percent of GDP. The government now needs to free the forces of growth by guaranteeing private property rights and thus attracting both domestic and foreign investment.

The new government has got its two top priorities right, namely reform of law enforcement and land market reform. To date, its greatest achievement appears to be the reform and purge of the Prosecutor General’s Office, while its main shortcoming is the delayed reform of the security services.

What could possibly go wrong? Plenty!

Elements within the Zelenskyy team argue that since 73 percent of Ukrainians voted for the president, they are right in whatever they claim. Specifically, members of the presidential office appear to be calling government officials and telling them what to do. This is impermissible and is reminiscent of the old “phone law” of the Central Committee of the Communist Party. In a democracy, communication should be formal and transparent. It must be in accordance with strict rules. The person who makes the actual decision should also be publicly responsible.

Recently, ministers and managers of state-owned enterprises have faced a wave of criticism for their allegedly high salaries. This is populism at its worst. If senior state officials do not receive decent salaries, they will fall victim to corruption. Every proponent of cutting salaries should be branded as a proponent of corruption. Singapore’s celebrated former Prime Minister Lee Kuan Yew is famous for having established the highest ministerial salaries in the world, while punishing corruption harshly. This allowed him to root out corruption in Singapore. Zelenskyy should do the same.

Today, newly-elected Ukrainian MPs ask: Where is the money? Under the old system, MPs would apparently receive an additional unofficial payment of USD 10,000 per month, with USD 50,000 per month for a minister. Of course, this meant that previous parliaments and governments were bought. Needless to say, some businessmen are ready to console suffering politicians, but the president must prohibit the reemergence of such practices. This makes the recent decision to cap ministerial salaries concerning.

The rise of populist ideas promoting corruption is not accidental. They are being promoted by the three television channels controlled by Vladimir Putin’s foremost agent in Ukraine, Viktor Medvedchuk, and by the associated TV channel Inter. The question has been raised many times but it remains relevant: Why does Ukraine tolerate pro-Russian propaganda on television? It should be prohibited. Why are agents who are paid for and working for Russia allowed to remain in Ukraine?

Some commentators continue to question whether Zelenskyy has enough professionals in his team to achieve historic change. I am all in favor of young and inexperienced ministers, because they have probably not been corrupted yet. Youth and inexperience are minor irritants, while corruption is virtually incurable once adopted. A lack of experience is not Ukraine’s biggest challenge. My concern in today’s Ukraine is that there is no evident reform leader, no ideologue of reform, and no clear reform program. Who is the author of the current Ukrainian reform agenda? Does anybody take ownership? No. This absence may breed dangerous calls for “pragmatism,” which usually means less reform and more corruption.

President Zelenskyy needs to stand up and embrace his reforms. He must respond to irrelevant criticism with stubborn principles. His cause is far too important to waste the opportunities he currently enjoys.

Anders Åslund is a senior fellow at the Atlantic Council in Washington. His latest book is “Russia’s Crony Capitalism: The Path from Market Economy to Kleptocracy”

The Zelenskyy government has outlined an ambitious reform agenda for 2020 but will they live up to the expectations of an electorate hungry for change? These five key reform areas will give a good indication of the new government’s reformist credentials.