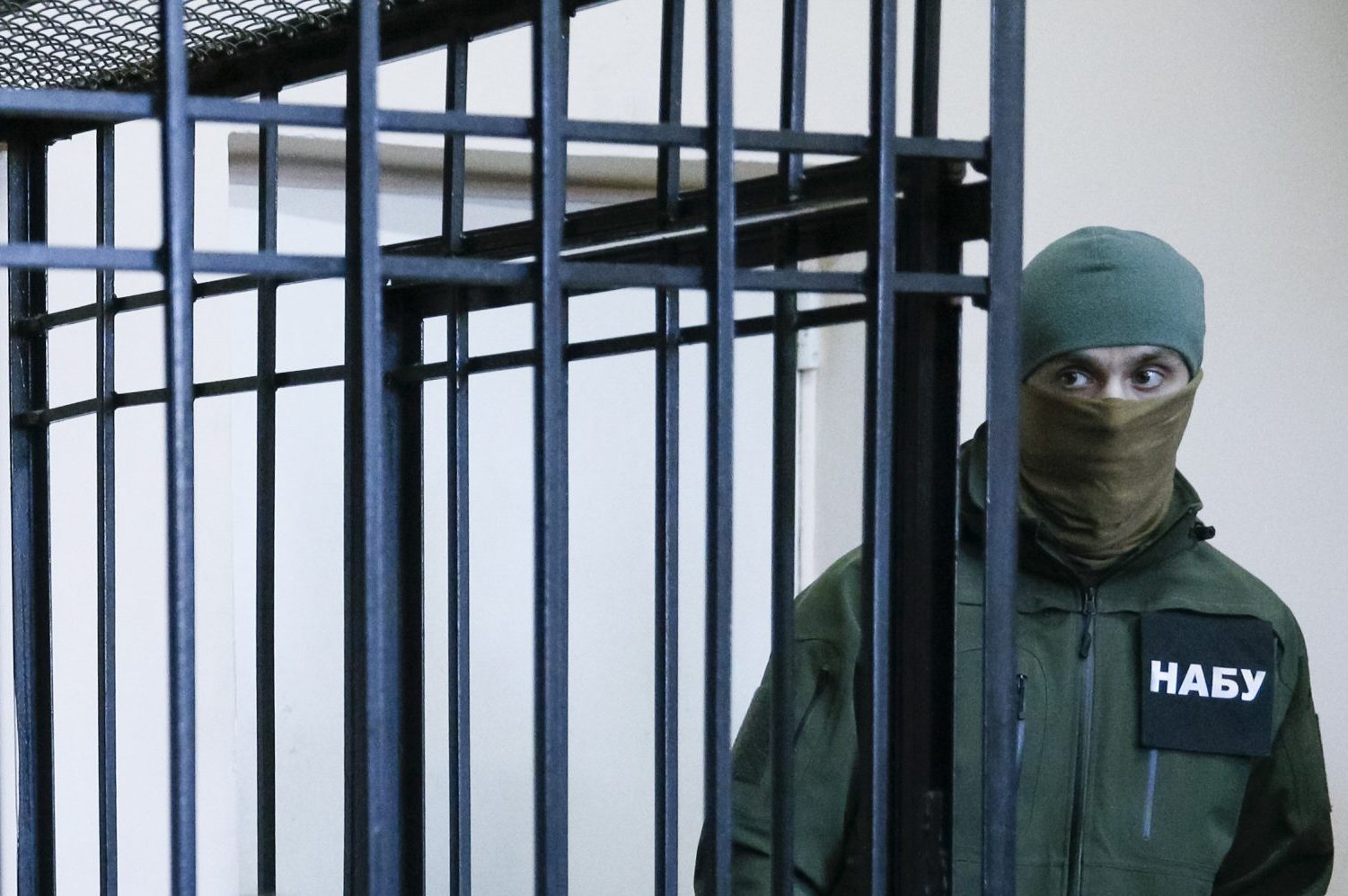 Ever since Ukraine first gained independence in 1991, each successive Ukrainian government has spoken of the need for fundamental reform. This has not always translated into concrete progress, but most observers agree the period following the 2014 Revolution of Dignity yielded more positive changes than the entire preceding 23 years. Post-2014 reforms have had a significant impact on everything from energy markets and monetary policy to agriculture and healthcare. Nevertheless, the transition from informal arrangements to institutional transparency remains far from complete.

President Zelenskyy’s phenomenal electoral success in 2019 owed much to the electorate’s desire for fundamental change in a system that most Ukrainians regard as both dysfunctional and detrimental. Since taking office in late summer 2019, the new government led by Zelenskyy has committed to pursuing an ambitious reform agenda. Bold steps are essential if the country is to achieve its stated target of attracting USD 50 billion in foreign direct investment over the coming five years. This article identifies the five key areas that will provide a good indication of the Zelenskyy government’s reformist credentials over the coming year.

Judicial reform: Rule of law shortcomings remain the biggest single concern for both domestic and international investors. This makes the current lack of credible judicial reform the largest obstacle to Ukraine’s economic growth. Ukraine’s rule of law woes are no secret. On the contrary, surveys consistently identify the country’s courts among the least trusted of all state institutions. Meanwhile, businesses tend to view them as instruments of corruption, with questionable court orders often serving as platforms for raider attacks and other damaging practices.

Every Ukrainian president has introduced changes to the court system, but the ultimate aim of these so-called reforms has often been tighter political control over the judiciary. Reforms initiated by Zelenskyy’s predecessor Petro Poroshenko were the first attempt to break this pattern. The constitutional amendments and supporting laws adopted in 2016 considerably strengthened both the financial and organizational independence of the judiciary. At the same time, efforts to remove corrupt judges from the system proved far less effective. Typifying this trend, the 2017 election of judges to the country’s new Supreme Court led to questions over the integrity of 44 among the 200 chosen judges despite international oversight.

In autumn 2019, President Zelenskyy picked up the baton of judicial reform. He dismissed the High Qualification Council of Judges (the body responsible for attestation and selection of judges), announced plans to reload the Higher Council of Judges (the highest self-governance body of judges) and halved the number of Supreme Court judges without offering any clear justification for this cull. This has raised numerous questions, not least how to select the 100 judges subject to removal from the Supreme Court. Moreover, according to legislation adopted on January 15, 2020, any contested appointments to the HQCJ will now go before the Kyiv District Court, which has a reputation for corruption.

Nevertheless, trust in the judiciary is currently on the rise, especially among those using court services and within the legal profession. The big question is whether Zelenskyy will advance or reverse the process in 2020. The latest developments are not very encouraging.

Law enforcement: The judicial system is just one part of Ukraine’s rule of law architecture in need of reform. The police and prosecution services also occupy prominent positions on the country’s reform agenda. Since 2014, there have been considerable efforts to create new and untainted institutions capable of fighting high-level corruption. Key landmarks include the creation of the National Anti-Corruption Bureau in 2015 and the launch of the country’s Anti-Corruption Court, which began operations in September 2019. The State Bureau of Investigations began work in late 2017 with a remit to probe corruption among police officers, prosecutors and judges. However, in December 2019, President Zelenskyy signed a law that considerably reduces its independence and ability to function effectively.

Ukraine’s efforts to reboot the country’s police force have run aground due to a reluctance to replace those higher up the existing hierarchies. The new patrol police proved popular when launched in 2015, but a lack of political will for further sweeping changes meant that among the rest of the police force, only 6% of personnel faced dismissal after undergoing attestation, and many of them were later reinstated via court ruling. Responsibility for this failure rests with the country’s current Interior Minister Arsen Avakov. He has been in office since 2014 and is one of only two senior government figures to survive the Zelenskyy transition, so the prospects for progress are dim.

Many regard the country’s prosecution service as a hub of institutional corruption. It is currently in the midst of significant personnel changes thanks to sweeping powers granted to the new Prosecutor General in autumn 2019. While these changes have won cautious praise, concerns remain over the concentration of power this involves.

Ukraine’s KGB successor State Security Service (known as the SBU) has long been one of the great institutional bastions of resistance to reform. This remains a major challenge for the Zelenskyy government. A key point of contention is the SBU’s ability to investigate white-collar crime. In practice, this has enabled SBU officials to harass businesses. Despite vocal calls to deprive the SBU of this right and let the agency concentrate on national security, the relevant draft law has yet to pass through parliament.

Agricultural land market: Ukraine is one of the few countries in the world that prohibits the sale of agricultural land. A moratorium has been in place since the turn of the millennium, but President Zelenskyy has made establishing a land market one of his reform priorities. This is a highly contentious issue. There is strong political opposition to land sales, in part because of the favorable terms that politically influential agribusinesses currently enjoy. It is also an emotive issue for the Ukrainian public, with widespread opposition rooted in fears that market conditions would lead to the rapid acquisition of the country’s sacred soil by the usual oligarchic suspects.

The first reading of new agricultural land market legislation was voted through parliament in autumn 2019. This legislation has since attracted 4000 amendments, most of which seem aimed at blocking its passage. Getting this draft law passed will be one of the great political battles of 2020. The confrontation is set to play out in parliament and on the streets, with mass protests possible.

Healthcare: Ukraine inherited an extremely inefficient healthcare system from the Soviet Union that deteriorated further amid post-Soviet underfunding. Reform of the healthcare system was one of the priorities after the 2014 Revolution of Dignity. With Ukrainian-American Ulana Suprun at the helm as Acting Health Minister, reform of primary care took place in 2017-19, with an emphasis on payments “following the patient”.

These reforms are set to expand to the secondary and tertiary levels in April 2020. However, the appointment of a new minister, together with the departure of several dozen members of the former reformist team including the head of the fledgling National Health Service, has raised questions over the government’s commitments to the reform agenda begun in 2017. For now, officials offer assurances that reforms will proceed as planned. If this is not the case, the consequences for Ukrainian healthcare could be quite grim.

Decentralization: The decentralization process began in 2014. Many regard it as one of Ukraine’s most successful post-Maidan reform initiatives, with decision-making powers devolving from the central to the local level. These local communities have also undergone enlargement to boost resources. One aim is to foster grassroots democracy and encourage greater public participation between election cycles.

While the creation of consolidated communities was initially voluntary, legislation passed in late 2019 allows the government to merge communities into administrative units without consultations with oblast councils. The government plans to complete this process in time for local elections in autumn 2020, which is a realistic timeframe.

Debate continues over the latest draft law on constitutional amendments, with disagreements over the respective powers of the country’s central and local authorities. Prior to any vote on something as important as changes to the country’s constitution, the government should initiate an extensive public discussion. However, at present, the authorities seem reluctant to do so.

Ilona Sologoub is the CEO of VoxUkraine. Editor’s note: For a comprehensive summary of Ukraine’s reforms over the last five years, see the White Book of Reforms by VoxUkraine.

Image: A member of Ukraine's National Anti-Corruption Bureau stands guard next to a defendants' cage during a court hearing in Kyiv. REUTERS/Valentyn Ogirenko