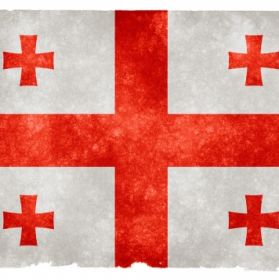 Replacing the President by the Ballot Box

Georgia’s elections and its sometimes tumultuous results are not for the faint of heart. The country will hold a presidential election on October 27 and this election is historic: for the first time in its history, an incumbent president will be replaced through the ballot box and not street protests.

In direct contrast to the pre-election environment in Georgia one year ago, the country is relatively calm. A constructive opposition and a less polarized media environment have enabled parties to compete more openly this cycle.

After the election, Georgia will become a parliamentary republic. Constitutional amendments passed in 2010 will fundamentally change the balance of power among the president, government, and parliament. U.S. engagement during this time is essential.

This paper examines Georgia’s political parties, offers a thumbnail sketch of the various presidential candidates, and summarizes party platforms. It also examines what is at stake in the 2013 presidential election and how the new Constitutional amendments will change the configuration between the president and prime minister.

In November 2007, thousands of protestors lined Rustaveli Avenue, the major thoroughfare in Tbilisi, calling for the end to Mikheil Saakashvili’s presidency. Saakashvili and his government were accused of corruption, the same charge that had brought down Georgian President Eduard Shevardnadze in 2003. Saakashvili declared a national state of emergency, dispersing the crowd with tear gas and water cannons. His critics charged that he had become authoritarian and turned his back on democracy; he answered their criticism by calling for a snap presidential election in January 2008, which he won with 53 percent of the vote. The runner-up, the National Council, a nine-party opposition coalition, took 25 percent.

Twenty-three candidates are running for president, which is the largest number since Georgia’s independence in 1991. Many of the candidates are little-known and have not been active in politics before.  The pre-election period has been relatively calm. However, concerns over the fairness of the forthcoming election do remain. The Organization for Security and Cooperation in Europe/Office for Democratic Institutions and Human Rights (OSCE/ODIHR) has raised concerns about the State Audit Office’s low level of oversight during the campaign period. ODIHR also observed that the Georgian media’s campaign coverage has lacked “critical analysis and analytical reporting.”

Three candidates have a shot at the presidency: Giorgi Margvelashvili, Davit Bakradze, and Nino Burjanadze.

The Georgian Dream coalition, led by Prime Minister Bidzina Ivanishvili, is made up of six political parties which range from nationalist to populist to economically and socially liberal. Georgian Dream is comprised of Georgian Dream-Democratic Georgia; the Republican Party, the Free Democrats, the National Forum, the Conservative Party, and Industry Saves Georgia. In the 2012 parliamentary elections, the Georgian Dream coalition stressed four issues: employment, health care, education, and agriculture. Ivanishvili promised to support NATO while charting a more normal relationship with Russia.

Giorgi Margvelashvili, deputy prime minister and former minister of education, is the Georgian Dream coalition’s virtually unknown presidential candidate. Margvelashvili leads the polls by more than 20 percent, despite his lack of widespread name recognition.   He enjoys a close relationship with Prime Minister Bidzina Ivanishvili. His platform includes reducing unemployment, increasing investment and jobs, returning the breakaway provinces of Abkhazia and South Ossetia, and promises to tone down combative rhetoric aimed at Russia.

The United National Movement (UNM) has dominated Georgian politics for a decade. The party began out of frustration with Eduard Shevardnadze’s unwillingness to confront pervasive corruption within his own party that was crippling the country. Then Minister of Justice Mikheil Saakashvili officially broke with Shevardnadze in late 2001 and launched the UNM.

From its very beginnings, the UNM was characterized by its reformist zeal and pro-Western bent. Its platform rested on political, economic and cultural liberalism with a strong dose of nationalism. While originally a center-left faction, the UNM gradually moved to the center-right, embracing free-markets rhetoric without shedding its populist tendencies. The UNM supports NATO and European Union  membership and seeks to emulate the West.

In the 2012 parliamentary elections, the United National Movement was repudiated in part over a late-breaking prison scandal and tossed out of government.

Davit Bakradze, speaker of parliament from 2008 to 2012, has built a reputation for being reasonable in Georgia’s highly charged political environment. Bakradze has stated that the UNM has many positive achievements to point to, but that it should not shy away from admitting previous failures. Bakradze enjoys a high favorability rating among opposition politicians. Bakradze’s platform does not differ from the UNM’s; as president, he would focus on the economy and creating jobs.

Nino Burjanadze, former parliamentary speaker from 2001 to 2008 and twice interim president, has emerged as one of Saakashvili’s fiercest critics. In spite of the top positions she has held, Burjanadze has not always proven to be a constructive actor. In 2011, her party, Democratic Movement – United Georgia, led street protests in Tbilisi that culminated in violence and the death of four. Fueled by populism, Burjanadze has criticized the Georgian Dream for not delivering on its promise to restore justice. She met with Russian President Vladimir Putin in 2010 and is pushing for high-level negotiations with the Russians.

The Labor Party is led by presidential candidate Shalva Natelashvili, a charismatic veteran politician. In the 2008 presidential election, he took 6.5 percent of the vote and his party received slightly more than 1 percent in the 2012 elections. Natelashvili sees no difference between Ivanishvili and Saakashvili. If elected, Natelashvili has pledged to pull Georgian troops out of Afghanistan, negotiate visa-free rules with Russia, lower interest rates, and ban the sale of land to foreigners.

The Christian-Democratic Movement (CDM), led by presidential candidate Giorgi Targamadze, is a center-right party that has called for the Georgian Orthodox Church to play a greater role in public life. Targamadze, the telegenic leader of the Christian-Democratic Movement, is not expected to do well in the polls. In the 2012 parliamentary elections, the CDM took slightly more than 2 percent of the vote. As a former broadcast journalist, Targamadze is well known throughout the country, but his previous association with Aslan Abashidze and Badri Patarkatsishvili causes some to question his judgment. Targamadze’s platform includes a constitutional ban on gay marriage and an increase in welfare payments.

Koba Davitashvili, a longtime political operator, is a member of parliament and the leader of the Party of the People. He has been a member and then a fierce critic of the United National Movement. In 2012, Davitashvili was elected to parliament through Georgian Dream’s party list, but his tenure was short lived. He left the Georgian Dream coalition for pursuing cohabitation with the UNM.

Zurab Kharatishvili, former chairman of the Central Election Commission, left his position there to form a new political party and stand in the presidential election. An efficient financial auditor and technical expert, he wants to pursue a middle path between the Georgian Dream and the UNM.

Nestan Kirtadze, a former lawmaker and member of the Labor Party, heads up the Tbilisi-based Georgian-Abkhazian and Georgian-Ossetian House. She sees the Georgian Dream and the UNM presidential candidates as representing a “single political family.”

Changes in Roles of Branches of Government

As a parliamentary republic, Georgia’s executive office will be formed by a cabinet chosen by the prime minister and supported by a parliamentary majority.  The government will become the “superior organ” of executive power in domestic and foreign policy. The prime minister will hold the power to appoint regional governors (with presidential agreement), nominate ambassadors, countersign presidential decrees (except during war), and command positions in the army.  The president will remain head of state, commander in chief, and the “most important representative” in foreign affairs. The president will manage and implement foreign and domestic policy, though in practice he or she will lose the right to initiate legislation and will need the government’s agreement both to conduct talks and to sign international agreements.  The president will retain the right to call elections, grant special awards, titles, and citizenship, sign laws and pardon prisoners, and set the date of referendums and plebiscites.

In 2010, the amendments were criticized for the speed with which they were passed and because public consultations took place during holidays. The amendments were also criticized for their timing, as they are scheduled to come into force after Georgian President Mikheil Saakashvili’s final term, which gave rise to concerns that he would assume the newly powerful post of prime minister. International organizations, such as the Venice Commission, assessed the changes favorably, stating that they made “several important improvements, and a [were a] step in the right direction.” However, the commission worried that the post of prime minister would be too powerful.  On October 4, 2013, parliament unanimously passed a constitutional amendment that will eliminate some of the overreach that concerned the Venice Commission.

The October 4 amendment, slated to go into effect after the presidential election, removes a clause that had originally given the prime minister the right to initiate a no-confidence vote against the cabinet for any government-sponsored bill. If more than a one-third of cabinet members are replaced, the entire government (including the prime minister) must be reconfirmed by parliament.  If parliament doesn’t confirm a new government, the president can dissolve parliament and call snap elections. Without this crucial amendment, the prime minister would have had the right to change the entire cabinet without the authorization of parliament. [1]

The 2013 presidential election in Georgia lacks the intensity of the country’s 2012 parliamentary elections, and for good reason. Much less is at stake this year. And yet this election is a chance for Georgia to deepen its commitment to democratic elections and democratic practice.

The United States has been deeply involved in Georgian affairs since independence. It and especially Ambassador Richard Norland have been helpful in the wake of the unexpected results of the 2012 parliamentary elections and in trying to help make cohabitation work. The changed roles of the prime minister and president and the fact that Prime Minister Ivanisvhili plans to resign and announce his successor as early as seven days after elections introduce great uncertainty in the system over the next twelve months.  During this period of uncertainty and turmoil, it is even more essential that the United States stay deeply engaged.

Margvelashvili seems well positioned to win this year; however, the competition for second place is the more important outcome of the election, determining which party becomes the main opposition party and therefore better positioned for the next political cycle. If the UNM comes in second, they reaffirm their relevance and power as a credible opposition force. If it is the increasingly pro-Russian, populist Democratic Movement – United Georgia takes second,  more anti-Western sentiment is likely. The uncertainties of a relatively unknown new president, an unknown future prime minister, and the potential for a fractured coalition government presage a period of uncertainty and potential future instability.  As soon as the dust has settled, a White House visit with a new prime minister would reinforce and further the strategic relationship the two countries enjoy and emphasize the United States’ commitment to the South Caucasus.

Laura Linderman is Associate Director of the Dinu Patriciu Eurasia Center at the Atlantic Council. Melinda Haring is an Associate Scholar at the Foreign Policy Research Institute.

[1] As part of the October 4th amendment, a thorough constitutional reform is planned by a special commission after the presidential election to develop a new constitution before September 1, 2014.  The commission will be chaired by parliamentary speaker Davit Usupashvili, and unite lawmakers and representatives from civil society and academic circles.