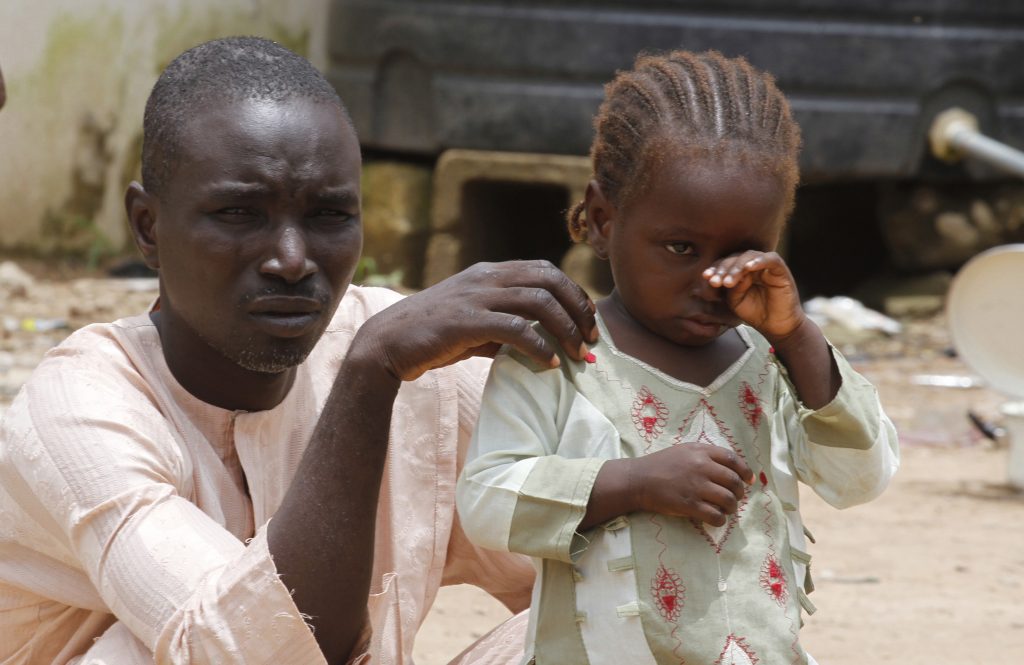 Bottom Line Up Front:
• Like its putative Islamic State counterparts in Iraq and Syria, the Nigerian terror group Boko Haram has in recent weeks accomplished an alarming expansion of its territorial control

In recent weeks, Boko Haram has surged from its sparsely populated, rural strongholds to capture a string of towns in Nigeria’s northeast. Thousands have been forced from their homes, and those that remain face a radical version of Islamic law, upheld through punishments that include amputations, whippings, and executions, many of which have been filmed for propaganda purposes.

The insurgents are now within striking distance of Maiduguri, the capital and largest city of Borno State—home to more than one million Nigerians. For the moment, it seems unlikely that Boko Haram has the wherewithal to seize Maiduguri. The territory it does hold, however, forms a pincer around the city and the group will undoubtedly launch probing attacks that will add to the misery of those now caught inside.

More than 200 kidnapped schoolgirls, the plight of whom catapulted Boko Haram to international notoriety in May, remain missing. And the violence in the north has been escalating: the Nigeria Social Violence Dataset, collated by the Johns Hopkins University School of Advanced International Studies, estimates that more than 5,000 people have been killed since January.

The ghost of Abubakar Shekau
On September 22, rumors of the death of Boko Haram’s leader, Abubakar Shekau, began to circulate. A few days later, the Nigerian military ‘confirmed’ that Shekau was dead—and even circulated a photo of a corpse that resembled him. But Nigerian military and government officials offered conflicting accounts of who had been killed, and when. A week later, consistent with his taunting Abuja, Shekau appeared to be very much alive in a new Boko Haram video, declaring, “Here I am, alive, and I will remain alive until the day Allah takes away my breath.”

Embarrassed by Shekau’s reappearance—and news reports pointing out that this was at least the third time Abuja had prematurely trumpeted his death—military spokesmen were forced to clarify that Shekau had indeed been killed, and for the third time, explained that actually a string of Shekau lookalikes had been leading Boko Haram since the real leader’s death many months ago.

Africa’s Islamic State?
Shekau declared an Islamic caliphate in late July after taking the town of Gwoza, and Boko Haram has subsequently raised its black flag over public buildings and brutalized those who fail to adhere to its extremist Islamist strictures.

In late September, Boko Haram claimed to have downed a Nigerian fighter jet and, on October 2, the group released a gruesome video depicting the beheading of the alleged pilot. Assuming that the militants’ claims are true—and a Nigerian Air Force Dassault/Dornier Alpha attack fighter and two pilots dispatched to bomb Boko Haram strongholds have indeed been missing since September 11—the incident represents a formidable escalation of Boko Haram’s capabilities. Neither al-Qaeda nor the self-declared Islamic State [IS] has yet succeeded in downing military fighter aircraft. The Nigerian military, for its part, has suggested that the video footage of the downed plane was manipulated.

Boko Haram is not alone in its broadcasting of executions. The Nigerian military in September was confronted by the release of a PBS Frontline documentary that catalogued the massacres and extrajudicial killings reported to be carried out by both sides in the conflict. Such depictions of human rights abuses by Nigerian military and security services have contributed to broad localized support for Boko Haram and have hamstrung international efforts to contribute funds, weapons, and training to the counterterror campaign.

Losing the media war
Contradictory government press statements in the wake of Shekau’s ‘death’ suggest a troubling communication deficit between Nigeria’s military, intelligence community, and the president’s office. The local press has been flooded with accounts of military demoralization and mishaps: Boko Haram has repeatedly managed to steal military vehicles, and Nigerian troops are prone to fleeing rebel forces without putting up a fight. In September, Cameroon reported that Nigerian soldiers fleeing Boko Haram had crossed the border in the hundreds and surrendered their weapons.

Outlook
Shekau’s eventual death may be inevitable, considering the $7 million-bounty on his head, but is unlikely to precipitate Boko Haram’s collapse as long as the local incubators of extremism persist. In the meantime, termination efforts perceived to be singularly focused on Shekau will continue to do harm, as false death reports and retracted statements undermine the credibility of the Nigerian government.

In its current state, the Nigerian military will face significant challenges in its counterinsurgency campaign. The major border security program that US Assistant Secretary of State Linda Thomas-Greenfield announced in September will strengthen Nigeria’s borders with Cameroon and Niger. The investment is an indication of Washington’s growing concern about the regional threat posed by Boko Haram. But unless Abuja and its partners invest in political, economic, and social instruments to counter the threat—not just military ones—the security situation in northern Nigeria will continue to deteriorate, with Boko Haram increasing the amount of territory it ‘governs’ and exacting an increasing toll on Nigerian civilians.

Image: A father and daughter displaced by Boko Haram violence in a camp for internally displaced people at Wurojuli, Gombe State (REUTERS/Samuel Ini)