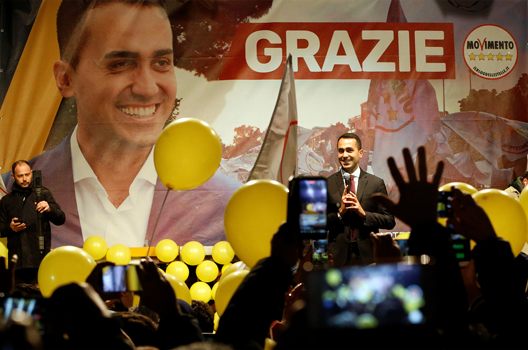 Prior to nationwide elections on March 4, @DFRLab published analysis outlining the complex relations between Italian political parties and the Kremlin. In the wake of foreign interference in domestic elections across Europe and the United States, a pressing debate continued over how these relations may have impacted Italy’s nationwide vote.

However, links between political actors are not the only channel through which foreign influence can potentially spread. The internet offers a new environment of less conventional, but perhaps more effective, channels to disseminate information and, therefore, disinformation. Social media pages, news blogs, and other types of websites have become the easiest and quickest means to promote a message, whether a traditional political program or malicious propaganda.