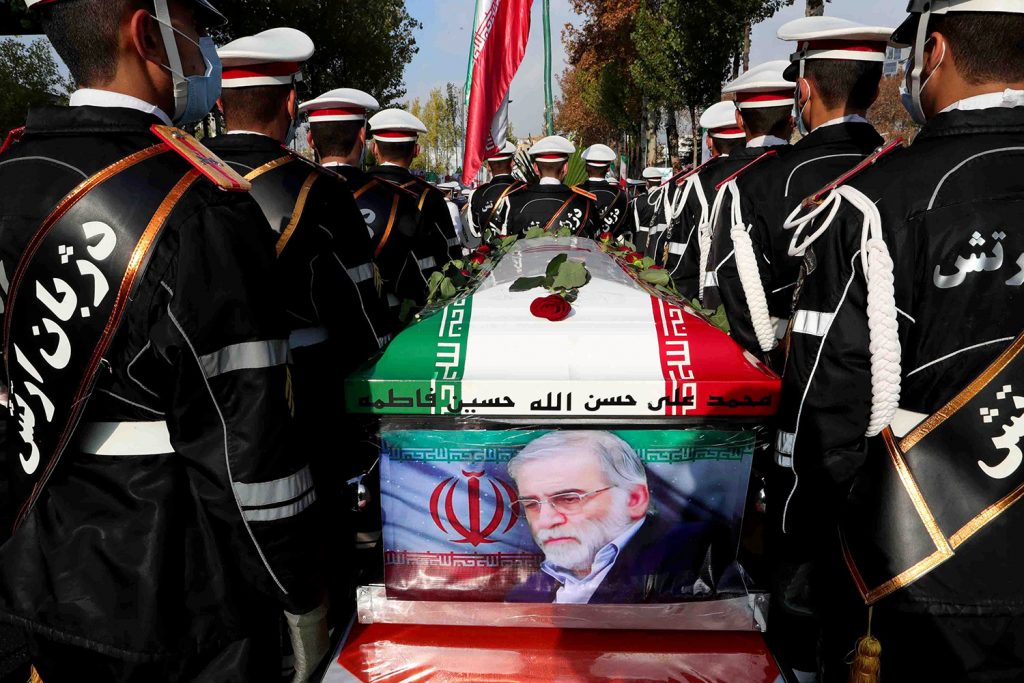 Because of the response to my column over a possible American pre-emptive attack on Iran’s nuclear facilities, a second piece seemed appropriate. Suppose a president concluded that Iran was within six to eighteen months of enriching sufficient uranium to build several atom bombs. And suppose that same president had promised Iran would never be allowed to develop nuclear weapons. The only option could be to order a preventive strike.

If that president were Donald Trump, with only six weeks left in his term of office, could the Pentagon have sufficient time to carry out that order? A strike to eliminate Iran’s nuclear facilities would be extraordinarily complex in every dimension, risky, and unlikely to guarantee that Iran will be unable to build a weapon for a lengthy period of time. Nor are the reactions of Iran, states in and outside the region, as well as Russia and China predictable with any certainty.

The operational commander, likely Central Command, would be supported by at least European, Indo-Pacific, Strategic, Transportation, Space, and Cyber commands as well as by the CIA and later the State Department to deal with the diplomatic tsunami, all coordinated by the Joint Staff and the Office of the Acting Secretary of Defense. Joint analytical assessment centers would be working round the clock estimating likely bomb damage predictions of effectiveness depending on weapons employed; possible US losses of aircraft and people; collateral damage; likely loss of Iranian life; and unexpected outcomes such as detonation of a nuclear reactor with Chernobyl-like effects of disastrous fallout in and beyond Iran.

Each of these major commands would be reviewing contingency plans for dealing with a wide spectrum of consequences from Iranian retaliation in the Gulf; against US forces; or reprisals in other parts of the world. And the White House and National Security Council would be engaged in developing plans to deal with friends, allies, the media, the US public, as well as other nations and international organizations.

That an attack of this magnitude could be kept free of leaks is an interesting question. As the order was legal, unless senior military at the JCS and combatant commander level chose to resign or go public, a leak might not be fatal. The president could use or pre-empt a leak by delivering a major national address about the Iranian threat and setting a deadline for Iran to cease enrichment and comply with the Joint Comprehensive Plan of Action (from which Trump withdrew) or face punitive action.

President John Kennedy used a prime-time broadcast in October 1962 during the Cuban Missile Crisis ordering a quarantine and declaring any attack originating from Cuba would be considered an act of war. Kennedy had been previously advised by the Joint Chiefs of Staff that even total air superiority could not guarantee destroying or neutralizing every Soviet intermediate range missile and weapon in Cuba. No doubt the Joint Chiefs would have made a similar assessment to President Trump about the difficulty of destroying deeply buried underground targets.

No doubt, at least one of Trump’s advisors would remind the president of the dilemma and contradiction that faced the George W. Bush administration. Having invaded Iraq in March 2003 with nearly 200,000 troops on the 1 percent chance Saddam Hussein could develop a nuclear or other weapon of mass destruction and found none, the Bush administration was impotent to prevent North Korea from building and testing its atomic bombs.

In my view, any pre-emptive military action absent a direct, absolutely certain and imminent nuclear attack by Iran on the United States or its treaty allies would be catastrophic and make the Iraq fiasco pale in comparison by throwing not only the region but much of the world into chaos. However, given that the United States is a 51 percent nation intractably divided 51/49 on virtually every issue including the seriousness of the pandemic, the wearing of masks, and even the legitimacy of the presidential election, would that split pertain to supporting or opposing a decapitating military strike on Iran’s nuclear facilities?

That said, two critical questions are clear. First, if the only way Iran’s nuclear facility could be incapacitated for the very long term was to use nuclear weapons for the third time in history, would that option even be considered or employed?

Second, if President Joe Biden and not Donald Trump decided that America’s most vital interests could only be protected by a preventive strike on Iran and ordered one, would that make any difference?

The conclusion: Do not strike Iran! Diplomacy and allies work The United States just needs to use those tools.

Dr Harlan Ullman is Senior Advisor at the Atlantic Council. His next book is The Fifth Horseman and MAD: The Tragic History of How Massive Attacks of Disruption Endangered, Infected, Engulfed and Disunited a 51% Nation and the Rest of the World.