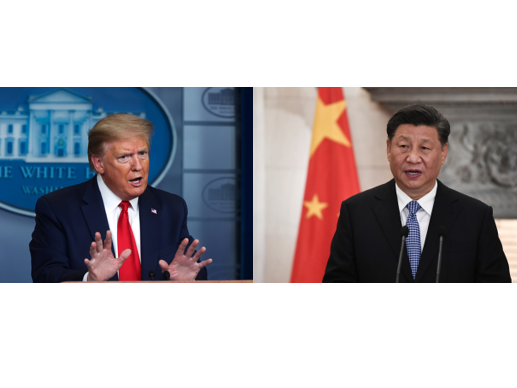 WHO to Blame? As the pandemic spreads, the United States has halted funding for the World Health Organization (WHO), accusing the UN health organization of being too close to China and too slow to react as the virus spread beyond Wuhan. European allies harshly criticized the move, while Beijing stepped up funding for the WHO in a bid to project a positive global image.

US-China Friction. Tensions between the United States and China escalated as Washington pressed assertions that the virus originated in a Chinese lab. Beijing has rejected the allegations, reacting with a mix a “mask diplomacy,” economic threats, and combative propaganda. The European Union, Australia, and others have called for a transparent investigation into the origins of the pandemic, but the United Kingdom and other “Five Eyes” intelligence agencies have publicly questioned the credibility of the US allegations.

Surveillance State. Governments around the world are deploying digital surveillance tools to combat the spread of COVID-19. While Asian nations have demonstrated that robust contact tracing is essential to fight the pandemic, efforts to implement health surveillance in the United States and Europe are facing pushback from citizens eager to protect privacy rights.

“A virus that spreads in almost all countries can only be restrained and contained through the interaction of all countries. International cooperation against the virus is of paramount importance.”  –  Angela Merkel, Chancellor of Germany

State of the order this month: Weakened

Actions and analysis by the Atlantic Council

The Democratic Order Initiativeis an Atlantic Council initiativeaimed at reenergizing American global leadership and strengthening cooperation among the world’s democracies in support of a rules-based democratic order.  Sign on to the Council’s Declaration of Principles for Freedom, Prosperity, and Peace by clicking here.