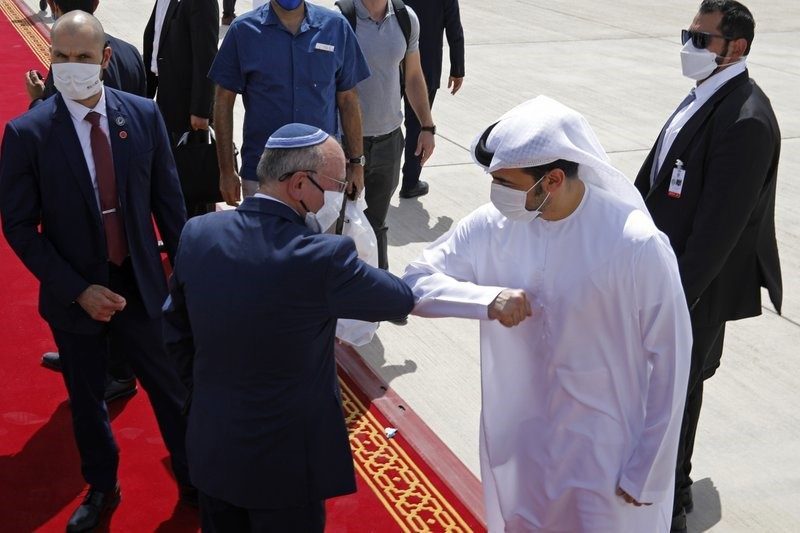 Middle East milestone: With US backing, Israel and the United Arab Emirates announced a historic peace agreement, as the UAE agreed to normalize diplomatic relations while Israel halted further annexation of the West Bank. Bahrain indicated that it would soon follow. The UAE and Bahrain will become the third and fourth Arab nations to formally recognize Israel, after Egypt and Jordan. Palestinian leaders criticized the agreement as a betrayal of the Palestinian cause, but Saudi Arabia broke its initial silence and signaled its support.

Russia eyes Belarus: Belarus President Alyaksandr Lukashenka faced a mass popular uprising as tens of thousands of Belarus citizens demanded his resignation after what was widely viewed as a sham presidential election. Lukashenka, often referred to as “Europe’s last dictator,” stood his ground as security services remain loyal, and Russian president Vladimir Putin stated that Russia was ready to intervene on behalf of the regime in Belarus “if necessary.”

Taiwan in the crosshairs:  Tensions rose as China’s People’s Liberation Army held live-fire exercises that its state media said was directed at Taiwan and the United States, while Taiwanese President Tsai Ing-wen sought stronger US security assurances and called for an alliance of democracies to defend against “aggressive actions.” Washington responded by approving the sale of F-16 fighter jets, navigating warships through the Taiwan Strait, and sending Health and Human Services Secretary Alex Azar to Taipei—the highest-ranking official US visit in decades.

“[T]he Indo-Pacific region…is where the shape of the international order of tomorrow will be decided. We want to help shape that order—so that it is based on rules and international cooperation, not on the law of the strong. That is why we have intensified cooperation with those countries that share our democratic and liberal values.”
– German Minister of Foreign Affairs Heiko Maas