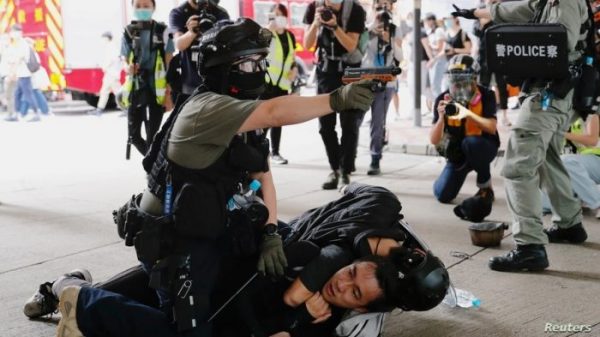 Hong Kong under Siege. China imposed a repressive new national security law in Hong Kong that aims to curb political dissent and transfers local law enforcement authority to the mainland. Enacted on the eve of the 23rd anniversary of Britain’s transfer of the territory to China, the move violates Beijing’s commitment to preserve the fundamental freedoms and autonomy promised to Hong Kong residents under the “one country, two systems”principle.

Putin for Life? Russians voted in a national plebiscite in late June that, according to the Kremlin, resulted in overwhelming approval of an amendment to the Russian constitution that bypasses current term limits and allows President Vladimir Putin to remain in power until 2036 – when he will turn eighty-four years old.

America’s Outbreak. The United States has experienced a dramatic surge in coronavirus infections, as states across the south and west contend with the consequences of early re-openings and public resistance to wearing masks. The soaring rates of infection stand in stark contrast to the situation in other advanced economies across Europe and East Asia, where the risks of the pandemic have fallen to new lows.