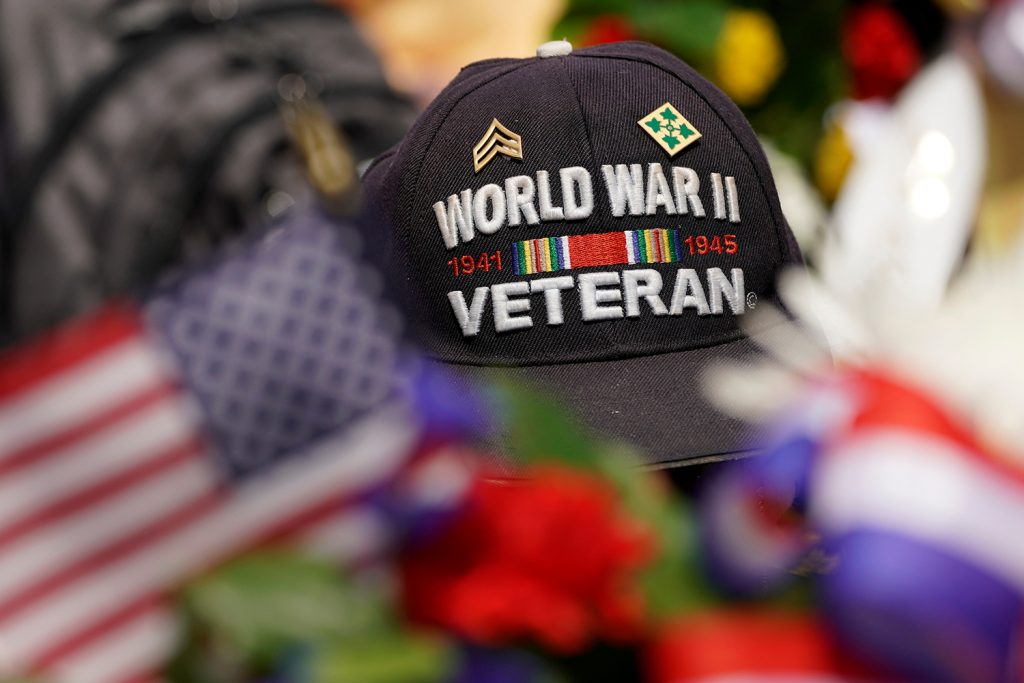 Last week marked the anniversary of two of the most important battles in American history: Midway June 3-7, 1942 and the Normandy invasion June 6, 1944. Both battles have been analyzed and re-analyzed in millions of books, research papers and reports. What has been missing, however, is how seemingly minor, secondary or unexpected events became the hinges on which these battles turned, Midway more than Normandy.

American code breakers concluded from radio intercepts that the combined Japanese fleet under Adm. Isokuro Yamamoto was en route to seize the two tiny islands comprising Midway. So alerted, even with Washington dissenting on that evaluation, Adm. Chester Nimitz, commander in chief of the Pacific Fleet, ordered the task force with aircraft carriers USS Enterprise and Hornet under the command of Rear Adm. Raymond Spruance to intercept and “bushwack” the Japanese fleet. The USS Yorktown, badly damaged at the May Battle of the Coral Sea, and its task force commanded by Rear Adm. Frank Jack Fletcher would soon follow after a miraculous repair effort made her seaworthy again.

Fletcher was in tactical command. But after Yorktown was disabled, Spruance assumed command. The Japanese Strike Group under Vice Adm. Chuichi Nagumo, who led the attack on Pearl Harbor, centered on four aircraft carriers and an accompanying fleet superior in firepower to Spruance’s.

On June 3, Midway’s bombers, with staggering losses, failed to damage any of Nagumo’s fleet. Nagumo launched his strikes against Midway early on June 4.

That morning, further airstrikes from Midway conducted brave but futile attacks, all failing to hit any Japanese warship. However, in the fog, friction and chance of war, the effect of the attacks would make a decisive difference.

Nagumo’s carriers were forced to conduct high-speed evasive maneuvers to evade enemy bombs. During that 45 minutes, none of the Japanese aircraft could be rearmed and refueled as the carriers rapidly changed course. As bombs were being loaded on Japanese aircraft to press further attacks against Midway, Nagumo received a report sighting enemy aircraft carriers. The quandary: Continue striking Midway or rearm with torpedoes to attack the approaching enemy fleet.

Nagumo chose the latter course. It would cost him the battle. The decks of all four Japanese carriers were awash with bombs, torpedoes and aviation fuel as the aircraft were being rearmed for the new mission.

Spruance launched at his aircraft’s maximum range without regard to fleet battle tactics requiring coordinated attacks. In theory, the first attack wave was horizontal bombers followed by dive bombers. Then, torpedo planes flying at wave-top heights would apply the coup de’gras. Just the reverse happened.

Hornet’s Torpedo Squadron 8, commanded by Lt. Cmdr. John Waldron was the first to reach the Japanese fleet and was slaughtered by Japanese fighters. Only Ensign George Gay survived. But Japanese fighters lost the advantage of altitude. The higher-flying American bombing squadrons would face no fighter opposition.

Enterprise’s Bombing 6 led by Lt. Cmdr. Wade McCluskey should never have found the Japanese fleet. Running low on fuel, McCluskey disregarded the standard expanding square search pattern and turned the other way. Fortuitously, the Japanese destroyer Arashi was sighted steaming at high speed, presumably to rejoin the fleet. In another act of fate, Arashi had been depth- charging the submarine USS Nautilus that had found herself in the middle of the enemy fleet.

Bombing 6, joined by two other squadrons, pounced on the highly vulnerable Japanese carriers. A handful of hits sent three to the bottom. The fourth would be sunk later in the day. The Navy lost Yorktown and a destroyer. But the Japanese Navy was dealt a decisive blow, retreating back to Japan and abandoning Operation MI against Midway.

Had the Midway strikes not cost Nagumo time to rearm; if the Navy had attacked according to its tactics; and had McCluskey not turned the other way, the battle might have had a different outcome.

Normandy was successful in large part because Adolf Hitler was convinced the Pas d’Calais was the objective, given its proximity to the English coast, not Normandy. Putting Gen. George Patton in command of the phantom First U.S. Army Group, armed with rubber decoy planes, tanks and artillery pieces, was masterful deception confirming the fuhrer’s sense of strategic infallibility.

If Hitler had listened to his generals and ordered Panzers commanded by the Desert Fox, Field Marshall Erwin Rommel, into action, Normandy might not have succeeded. But Hitler also left strict orders not to be awakened on June 6. His generals, fearful of the fuhrer’s wraith, waited to alert him of the landings.

Too often we forget battles can be won or lost on such details.

Harlan Ullman is UPI’s Arnaud de Borchgrave Distinguished Columnist, senior adviser at the Atlantic Council and author of the upcoming book, “The Fifth Horseman: To Be Feared, Friended or Fought in a MAD-Driven Age.”

Image: A World War II veteran is seen behind a wreath during the anniversary of the D-Day landings in Normandy at the World War II Memorial in Washington, U.S., June 6, 2019. REUTERS/Kevin Lamarque