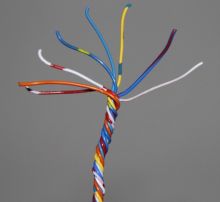 Discussion was framed by presentations on biotechnology and health, emerging security challenges, and additive manufacturing (3D-printing). Biotechnologies such as human augmentation, gene selection, and more were discussed in the context of understanding ethical use and future social and political implications. Conversation then moved to what many views as that the biggest security challenge posed by disruptive technologies – the democratization of technology. Lastly, discussion turned to the impacts of 3D printing on society and labor and the significant complications governments face in addressing job security and technological progress.

Despite the media attention garnered by the production of guns using 3D printing, the group agreed that the plausibility of successfully reproducing working weapons with regularity was extremely low. However, the growing sophistication of additive manufacturing, with the introduction of metals and organic materials, proves that this technology could disrupt several fields and alter future production processes. Clearly, disruptive technologies pose difficulties for governments but by actively seeking to understand the use of these technologies while they are developing, policymakers can attempt to mitigate future risks and capitalize on the myriad of opportunities presented by advancing technologies.