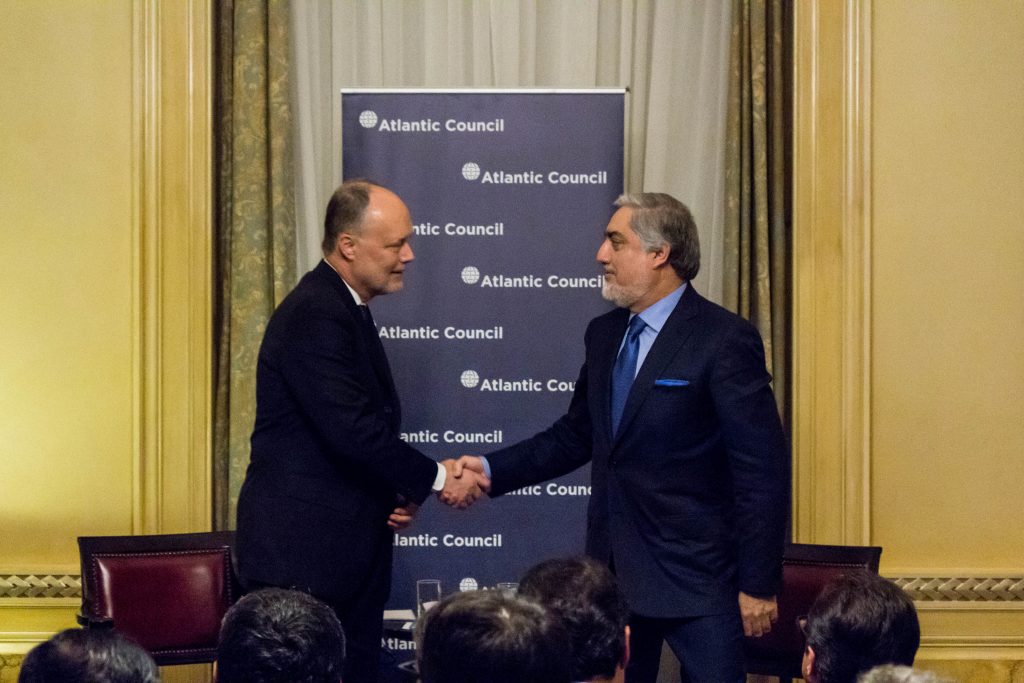 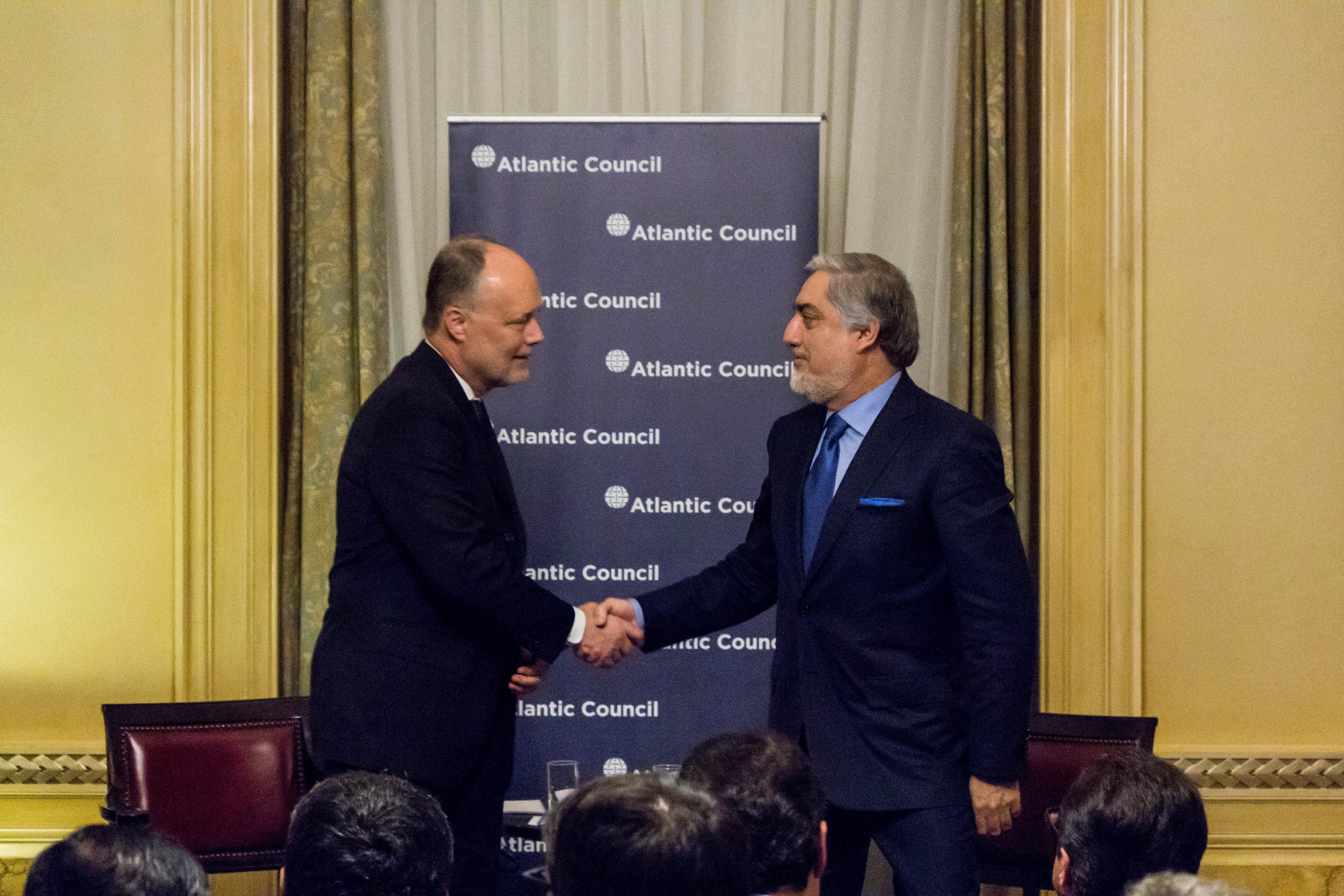 The Atlantic Council’s South Asia Center, in collaboration with the National Committee on American Foreign Policy, hosted a discussion with His Excellency Dr. Abdullah Abdullah, Chief Executive Officer of the Islamic Republic of Afghanistan in New York City on September 30. One year into the National Unity Government, Dr. Abdullah reflected on the progress that has been made and thanked the international community for their continued support in helping forge the way for a stable and prosperous Afghanistan.

Dr. Abdullah discussed the political and military transitions faced by Afghanistan and stressed the importance of national unity across Afghanistan, in addition to the necessity of continued international support following the withdrawal of NATO troops. He provided a realistic yet hopeful outlook for the country, providing assurance of the Unity government’s will to combat corruption and build long term economic prospects and regional connectivity.
{soundcloud}https://soundcloud.com/atlanticcouncil/afghanistan-one-year-on-progress-made-and-challenges-ahead{/soundcloud}
Midway through the discussion, Dr. Abdullah’s staff informed him that Afghan forces had retaken the city of Kunduz, which the Taliban had captured two days prior to this discussion, marking the Taliban’s biggest victory since 2001. The announcement spurred a round of applause from the audience. Afghanistan’s greatest challenge in the past year has been persistent security issues and looking towards the year to come, Dr. Abdullah cited the same challenge. The discussion was moderated by Ambassador James B. Cunningham, Atlantic Council Senior Fellow and Khalilzad Chair, South Asia Center, Atlantic Council.