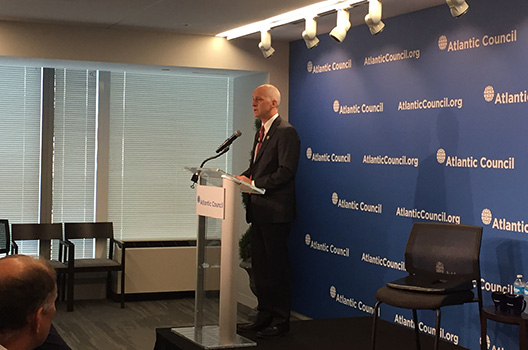 Turning to foreign policy, Representative Smith cautioned that although the armed forces play a leading role in safeguarding national security, there are limits to what military force alone can achieve. Complex problems such as the Islamic State and the challenges posed by a rising China require diplomatic engagement and partnership building across a wide array of stakeholders. Representative Smith also warned that one of the most significant threats to US national security is Congress’s chronic inability to pass a budget. He noted that until politicians and the public become realistic about their conflicting expectations for public policy – for instance, a concurrent desire to cut taxes and increase spending on favored public programs – there will be no resolution to the ongoing cycle of fiscal and budgetary crises.