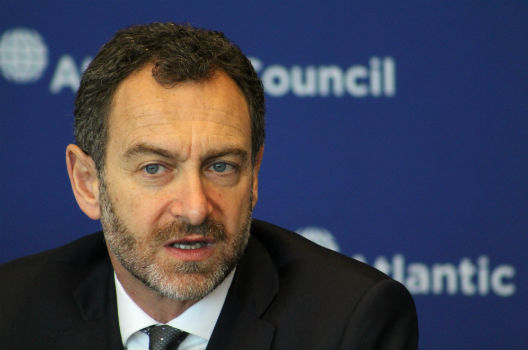 On Friday, April 15, the Africa Center hosted Toby Lanzer, Assistant Secretary-General of the United Nations and Regional Humanitarian Coordinator for the Sahel, for a luncheon roundtable on peace and security in the Sahel region.

In his remarks, Lanzer discussed his recent trip to rural areas surrounding the town of Maiduguri in Northern Nigeria and confirmed reports of severe humanitarian need among local populations displaced by Boko Haram-related violence. He emphasized that, while the official public political discourse emphasizes the progress being made against the group, the Nigerian armed forces require substantial international support. Finally, Lanzer discussed the nexus between humanitarian assistance, development aid, and peacebuilding efforts in the Sahel context, highlighting, in particular, the challenges in coordination between the many different international and supranational organizations operating on the ground in West Africa.

To read more about the event, see “Millions in Nigeria are Starving, Warns UN Official.”