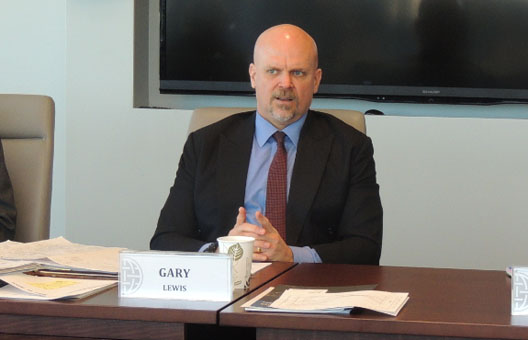 On Thursday, March 13, the Atlantic Council’s South Asia Center hosted Gary Lewis for a private briefing. Drawing on his experiences of over 26 years at the United Nations, most notably as the current United Nations resident coordinator in Iran, Lewis spoke on a range of issues including but not limited to the ongoing nuclear talks, human rights, as well as issues relating to drugs and crime in the Islamic Republic and the region. As the coordinator of over fifteen UN agencies and program, directing the comprehensive work of the United Nations is a challenging task, but Lewis expressed optimism moving forward.

This briefing is part of the South Asia Center’s Iran Task Force, chaired by Ambassador Stuart E. Eizenstat, which seeks to perform a comprehensive analysis of Iran’s internal political landscape, its role in the region and globally, and any basis for an improved relationship with the West.