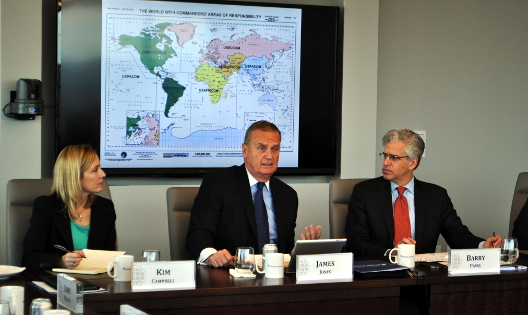 The Combatant Commands (COCOMs) were set up in the twentieth century by the United States to face the military challenges of the times. However, emerging global challenges and defense budget austerity are causing a rethink in US defense policy, especially as the Pentagon prepares the Quadrennial Defense Review. The Task Force, then, is charged with looking at how COCOMs can be best employed—if at all—to meet US Security demands. At this first meeting, multiple issues concerning COCOMs were discussed, including their utility, their relation to the budget, interagency coordination, and their future role.

The Task Force underscores the work the Scowcroft Center is doing in looking at how the United States should think about its defense priorities and strategy as it heads forward into the world outlined by the Global Trends 2030 report.