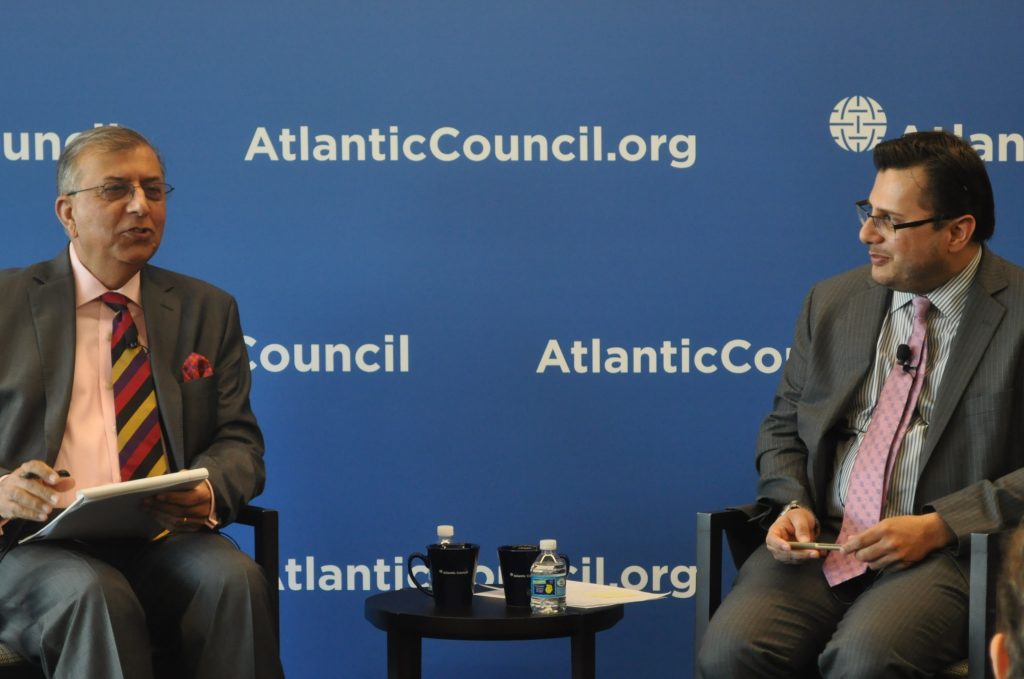 Listen to the conversation

On April 13, IHS’s Asia Pacific Country Risk Lead Omar Hamid and South Asia Center Distinguished Fellow Shuja Nawaz discussed the evolving militancy climate in Pakistan. Hamid cited the December 2014 attack on a government school in Peshawar as a “Pearl Harbor” moment for Pakistan, and suggested it enabled the nation to act swiftly and strongly against militancy.

But government and military policy against militancy in the country had already shifted after the breakdown of talks with the Tehreek-e-Taliban Pakistan (TTP).  earlier in the year, which most notably ended the differentiation between “good” and “bad” Taliban. Hamid noted two key factors weakening the TTP:  the naming of Maulana Fazlullah as leader of the TTP and the aggressive counter-insurgency campaign Zarb-e-Azab in North Waziristan. The former caused discord, as Fazlullah—a Swati– broke from the tradition of “Mehsud” leadership and led to splintering within the organization. Occurring alongside the rise of ISIS, this led some TTP members and splinter groups to support ISIS in their efforts to expand in South Asia—the success of which remains to be seen. The latter, an orchestrated campaign led by General Raheel Sharif, resulted in significant loss of control of TTP’s main operating base. While commending Sharif and the ongoing campaign, Hamid raised questions about a potential anti-militancy campaign in Punjab, calling it the ultimate “litmus test” for the government efficacy.

Hamid stated the two major political parties, the Pakistan People’s Party (PPP) and Pakistan Muslim League-Nawaz (PML-N), have been “disengaged” in combating militancy since 2008. Omar stressed the need for political dialogue to bring about a more permanent solution to the militancy problem. Commenting on the lack of organization between different entities, Nawaz stressed that Pakistani Intelligence must coordinate better with local law enforcement agencies and civilian policy experts. Both Nawaz and Hamid agreed that a loss of administrative capacity in Pakistan is retarding efforts to move forward with long-lasting and impactful initiatives. Though a significant policy and attitude shift occurred last year, political, civilian, intelligence, and military organizations must mobilize as one to sustainably combat militancy in the country.