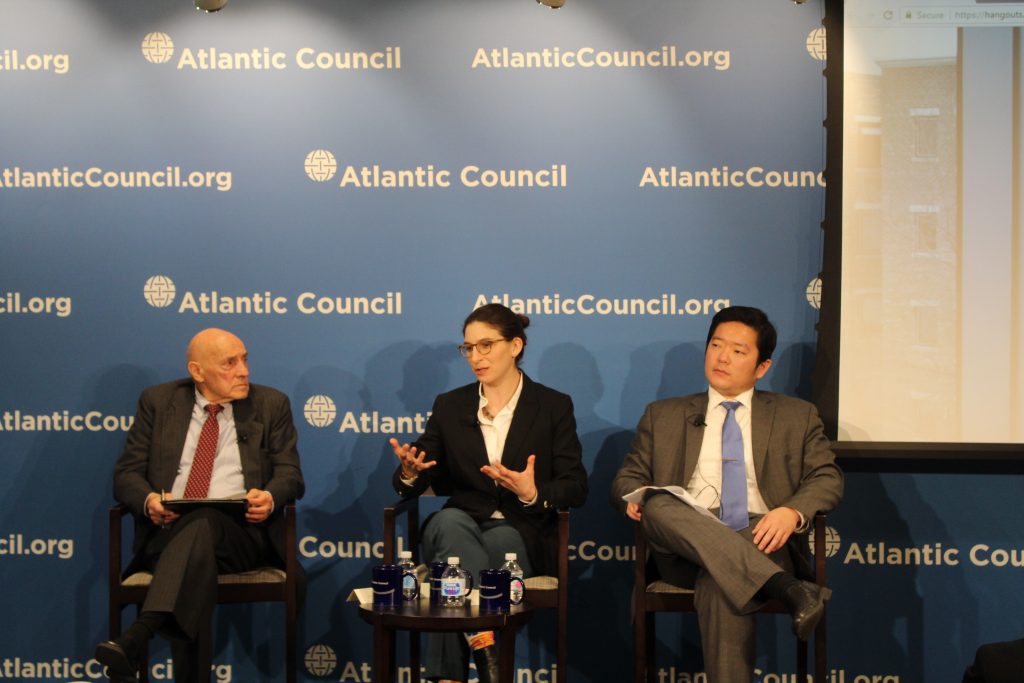 In today’s new media environment, the opportunities for instant rhetoric add a novel element to national and international discourse that can complicate relationships between countries and leaders, as with China’s recent condemnation of President Trump’s December 2017 tweet on North Korea. With the prevalence of social and digital media, anyone with an Internet connection can contribute to the international dialogue. This creates both opportunities and challenges for leaders as they work to maintain national, regional, and economic security.

To ground these issues in an East Asian context, the Atlantic Council’s Scowcroft Center for Strategy and Security convened a series of experts for a public panel discussion on March 20, 2018. The panel focused on the rise of social and digital media and its impact on the trilateral relationship between the United States, China, and Taiwan, and was moderated by Mr. Joseph Bosco, fellow with the Institute for Korean-American Studies and member of the US-China Task Force at the Center for National Interest. Three panelists joined Mr. Bosco on stage: Mr. Russell Hsiao, executive director of the Global Taiwan Institute; Ms. Anne Henochowicz, commissioning editor at the China Channel, an affiliate of the Los Angeles Review of Books; and Dr. Gary King, Albert J. Weatherhead III University Professor and director of the Institute for Quantitative Social Science at Harvard University.

Following an introduction by Ms. HuiHui Ooi, associate director for the Scowcroft Center for Strategy and Security at the Atlantic Council, the panel began with a series of remarks from the three panelists. Anne Hernocowicz discussed China’s approach toward delegating media control to individual tech companies, and the role of this delegation in paving the way for the concept of “Internet sovereignty,” in which other nation-states were expected to respect China’s laws around Internet content. Gary King reflected on the nature of social media as a competition and equilibrium between nation-states’ attempts to control information, and citizens’ attempts to circumvent that control. Discussing his research findings, he noted that the scale at which Chinese government propaganda was conducted made it amenable to study—leading to surprising findings, such as the fact that fabricated social media posts were not intended to argue against government critics, but instead to dilute their impact using cheerleading to distract their would-be audience. Russell Hsiao pointed out that the use of propaganda was not unique to China, and also that the use of propaganda and disinformation had held a long significance as a tool for reunification.

As the event then segued to a question-and-answer session, the panelists tackled a range of questions from both their moderator and the audience, such as: When confronted by regulation, do citizens use social media to supplant mass media, or are the two complementary? What are the implications of Chinese domestic policy for the expansion of Internet and social media companies abroad? How has China avoided the coalescence of protests during major movements such as Occupy, when the same events unfolded at scale in both Taiwan and Hong Kong?

Panelists offered a range of insights in response to these questions, stripping away some of the mystique that surrounds the use of media and information controls in East Asia. Gary King once again underscored the Chinese government’s focus on censoring content based on its potential for collective action, mentioning the February 10 outrage due to the Korean Broadcasting System’s decision to refer to “Taiwan” rather than “Chinese Taipei.” Anne Hernocowicz outlined the distinction between deleting and blocking content, describing Chinese censorship as a game of “cat and mouse” that took censors time to catch up with metaphorical references used to evade detection. And Russell Hsiao recapitulated his mention of China’s role in planting incorrect information that was recirculated via Taiwanese social media, as well as the infiltration of civil society groups that had played a sizeable role in the democratization of Taiwan.