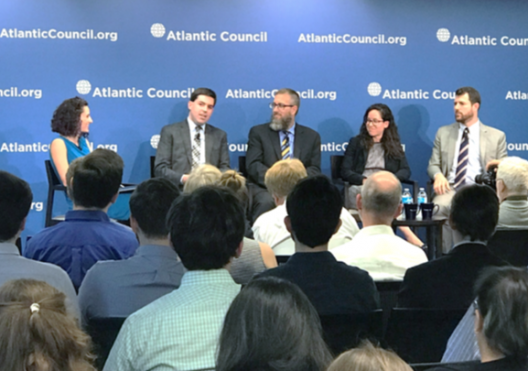 During Hacker Summer Camp, Twitter feeds across the District of Columbia were flooded with research findings. The panel bridged the gap between Las Vegas and Washington DC and provided a layer of translation for policymakers to understand the significance, urgency, and response options to the flood of technical information coming from DEF CON, Black Hat, and BSides Las Vegas. Not only did the speakers share overarching cybersecurity research and activities presented at the conferences, but they also addressed the importance of resolving the sizeable gap between hackers’ technical solutions and policymakers’ ability to directly translate them into broader outcomes. The discussion culminated with audience inquiries on the direction of cybersecurity policy and legislation and the recent security concerns identified in voting machines, medical devices, and internet-connected devices, which will undoubtedly have powerful implications for national and international cybersecurity policy over the next year.