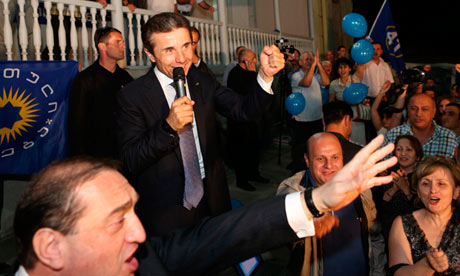 With President Saakashvili conceding defeat in Monday’s parliamentary elections and announcing that his United National Movement will move into opposition, Georgia is undergoing its first peaceful transfer of power via elections since independence. The Senators provided Council members with an on-the-ground perspective on the atmosphere in the country after a peaceful election day where the opposition Georgian Dream, led by billionaire Ivanishvili, managed to come from behind to a solid victory. The call was an opportunity for our members to gain insights in a fast-developing situation beyond the headlines and to begin to discuss with leaders in the US Senate the way forward in relations with Georgia.

Jeanne Shaheen is a Democratic senator from New Hampshire and chair of the Senate Foreign Relations Subcommittee on Europe. She also serves on the committees on Armed Services; Energy and Natural Resources; and Small Business and Entrepreneurship. She was elected to the US Senate on November 4, 2008 and previously served three two-year terms as governor of New Hampshire, in 1996, 1998, and 2000.

This conference call is part of a larger series of Corporate and Individual members’ programming, which seeks to provide members the opportunity to dialogue directly with experts and policymakers on the most relevant topics of the day.